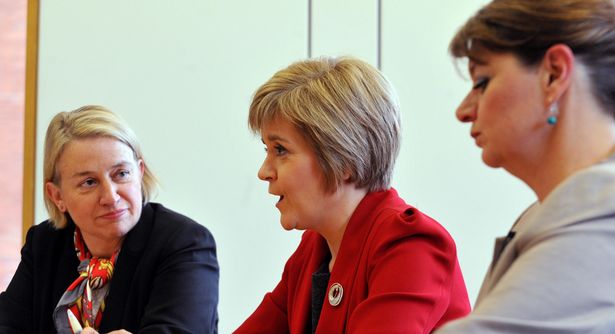 When asked why he had picked a gender parity cabinet the Canadian Prime Minister replied “because its 2015” – a simple riposte to a journalist’s question of why there should be more women in politics. Melanie Sully asks if parliaments or governments can be a mirror reflection of society.

Melanie Sully is a professor of political science and director of the Go-Governance Institute in Vienna.

The point is that today our concept of representation has changed in comparison with even that of last century. We talk of inclusive politics and citizen participation which covers women but also other underrepresented groups (the disabled, those with migration background, ethnic minority groups).

The thinking behind this is to achieve a wider form of identification with politics than in the past so that not only will more citizens feel it has a relevance to bear on their lives but that they could also play an active part in shaping decisions. Whereas for most professions, qualifications and job description are pretty clear, for politics these are at best nebulous facilitating “jobs for the boys” or rewarding party loyalty. Promotion and dismissal follow on an equally mysterious basis.

Even in Canada it has been noted that gender parity is just one side of the story. When it comes to answering parliamentary questions and dominating the headlines, it is still the male ministers that steal the limelight. British Labour leader Jeremy Corbyn also learnt the lesson that parity is not enough when he proudly presented his shadow cabinet composed of 50% women only to be criticised by female Labour MPs commenting that the top jobs had gone to the boys.

Foreign affairs, finance and interior ministries attract key media attention and here there were no women to be seen. Corbyn awkwardly attempted to justify the choice by arguing that for Labour the really important posts are in education and social affairs but it wore thin with the ladies. Currently just over 10% of senior party staff in the Labour party are female whilst 44% of the membership are women.

Spain and France had in the past a gender parity cabinet and now Sweden too whilst some EU countries traditionally have no women in their cabinets at all such as Greece, Slovakia and Hungary. In Ireland leaders have pledged to aim for gender parity in the next government, a country where female representation in parliament has hovered around 15%.

Parties and the media are the gatekeepers

It is the parties that are the gatekeepers to a political career and therefore beginning with their decision-making processes from the local level up, is a sound way to promote more women in political life. Parties could allocate more of their budget for example to their women’s sections which could be used for child care or for training candidates. Often they nominate federal election officials who can play a key role in judging disputes. Efforts can also be made to go talent spotting as the Scottish National Party did to actively recruit women.

With greater visibility of women in the media and politics the acceptance of women increases. Women have contested top posts such as head of state as in Ireland and Lithuania in direct elections and won. In the capitals of the 28 EU countries female mayors are running cities such as Prague, Paris, Dublin, Warsaw, Madrid, Stockholm, Luxembourg and Sofia.

That importance of the media’s presence was highlighted in the UK parliamentary elections last year. After some haggling it was agreed there would be television debates with leaders of all the main parties including those from the regions. This included female leaders from Scotland and Wales and also the female leader of the Greens.

During the debates it was judged these outperformed the men in the debates but they were relatively unknown. They were the most “googled” during the live shows than the others and subsequently became household names, like Nicola Sturgeon outside of her native Scotland.

One way to increase awareness would be for political parties but also regional and local governments to publish on their webpages, as many parliaments do, information on numbers and posts held by women as well as facts and figures on their candidates for office. Should targets not be met then explanations could be given. Candidates not selected often have little feedback and qualifications required from the parties could be made more explicit in the interests of transparency.