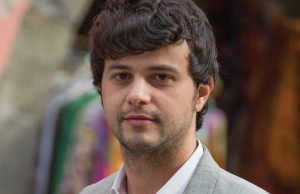 Plans to accelerate the Youth Employment Initiative are a step in the right direction. But we must take care to avoid any unwanted consequences, writes Brando Benifei.

MEP Brando Benifei is a member of the Employment and Social Affairs Committee in the European Parliament and S&D shadow rapporteur for the amendment to the European Social Fund Regulation to Increase the Youth Employment Initiative Pre-financing in 2015.

On 4 February 2014, Marianne Thyssen, the European Commissioner for Employment, Social Affairs and Inclusion, announced a Commission proposal aimed at unlocking one billion euros from the EU budget, with a view to accelerating the implementation of the Youth Employment Initiative. One billion euros to be made available to Member States immediately in the form of a significant modification to pre-financing payments from the 2015 YEI allocations for projects such as the Youth Guarantee. This would represent a 30-fold increase from what was originally planned in the European Social Fund Regulation, which set the pre-financing rate at 1-1,5%.

In simpler terms, this would mean that the Commission is ready and willing in 2015 to give member states 30% of the already foreseen reimbursements for projects aimed at giving good quality offers of employment, continued education, apprenticeships or a traineeships to young NEETs (i.e. non in education, employment or training) aged up to 25 (or 29 in certain countries). Why? Because the implementation of the YEI is scarily – and perhaps incredibly – lagging behind…

Why? Well, partly because EU countries, especially those that are most in need, are facing serious problems in finding the sufficient funds to even launch such programmes; their hands are tied by serious budgetary constraints and very strict conditions as currently delineated within fiscal consolidation rules such as the Stability and Growth Pact. And partly because certain member states (often the same ones) seem to have not provided enough proof of their ability to make the necessary practical, legal or bureaucratic arrangements for activating those programmes. Specific situations differ from country to country.

The Commission proposal therefore strives to push the YEI into overdrive by giving countries sufficient financial means on the one hand; on the other, by demanding that they accelerate the procedures for implementing the programs, including their funding-absorption capacity. Speed is the keyword here, not only due to the urgency of the situation, given the poor state of youth employment in Europe – which can even be defined as catastrophic in some of the most peripheral areas – but also for procedural reasons, given the fact that the YEI funds have already been front-loaded in the first two years in order to maximise their economic impact in the short term. Also, the mid-term review of the Multiannual Financial Framework is fast-approaching, and countries must do their best to demonstrate how much they need every single euro coin within the European Social Fund (ESF) pot.

It will be up to the European Parliament to allow for a fast delivery of this piece of legislation, which consists largely of an amendment to the ESF Regulation. Also, it will be essential, on our side, to make sure that the proposed text contains sufficient room for flexibility, especially when it comes to the submission of interim payments by the member states to the Commission and with regard to its timetable. At the moment, in fact, one proposal has member states will have to present the Commission with ‘invoices’ covering at least 50% of the value of the additional pre-financing awarded to them within 1 year of the regulation entering into force. If they do not stick to this commitment, they will have to fully reimburse the Commission with the whole increased pre-financing sum they received – supposedly after having already spent a certain amount of it.

This appears to be a lot of money within a very short amount time. We must push member states to do their part and make this proposal quickly operative, of course. But we must also avoid making certain conditions too restrictive, which could end up having the opposite results: from discouraging the countries’ actions altogether, to a potentially incomplete implementation of the YEI programmes due to a sudden shortage of financial resources if the Commission demands to be reimbursed.