Redefining Work: The role of freelancers 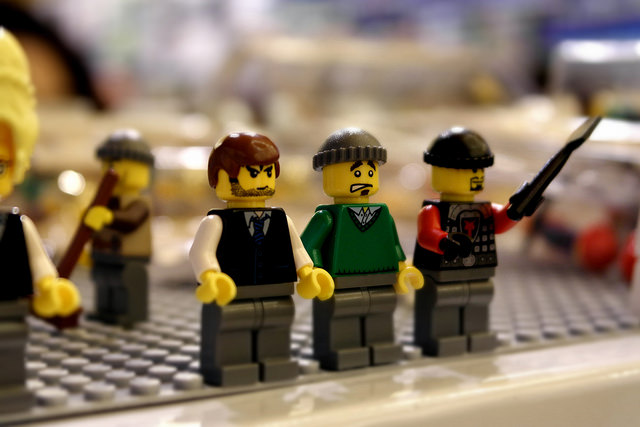 The nature of work and the ways it gets done is evolving rapidly. Public policies and the business sector need to be ahead of change, and provide more targeted support to workers transitioning from employment to freelancing and back, writes Marco Torregrossa.

Marco Torregrossa is the Secretary General of the European Forum of Independent Professionals.

The rush hour is dying. New York City’s subway system has announced that, for the first time in 30 years, “weekday growth was strongest outside of the traditional morning and evening rush hours”.  This is because people are beginning to abandon the conventional commute to a 9-to-5 job, so they can live and work autonomously.

Data from the ILO shows that worldwide only 17% of workers have full-time contracts. However, the majority of Europeans work for someone else, although this is going to change. According to research carried out by the European Forum of Independent Professionals, from 2004 to 2013, the EU27 freelancers population grew from 6.2 million to nearly 9 million. This is a 45% increase, making freelancers the fastest growing segment of the European labour market. What used to be a niche market is on the verge of breaking into the mainstream.

The typical career today involves periods as an employee, as self-employed and unavoidably also: “time in between jobs”. Work is no longer associated with organizations but revolves around individuals under an array of different contracts: freelance, temporary, part-time, subcontracted, task-bound etc.

An example of this new model of work can be found in the Hollywood studios of the film industry. Teams are assembled and disbanded quickly to work for a short period of time on a designated and complex task with strict deadlines requiring many people with complementary skills.

Unsurprisingly, with these flexible arrangements, people have better work-life balance. New findings from the Royal Society of Arts in the UK indicate 84% of self-employed are more satisfied at work than employees, even though their revenues might be lower, while the Department for Business, Innovation and Skills in UK found that self-employment is more likely driven by opportunity than necessity. So, in the future, people will have work, but not really a job.

Robin Chase, founder of Zipcar, said: “My father had one job in his life, I’ve had six in mine, my kids will have six at the same time.”

Public policy has to react quickly, with a mix of both anticipation and innovation to the changing paths people take in their working life. This involves new approaches to invest in skills, reduce red tape, modernize education systems, rewrite tax rules, build the right physical and digital infrastructures and ensure portability of social benefits that could accompany a worker while s/he moves from project to project.

The current EU Consultation on the European Pillar of Social Rights offers a chance for stakeholders to provide fresh thinking on the future of work and welfare system debate.

In times of slow economic recovery and if properly managed, new forms of work can help to eliminate skill shortages, ease unemployment and create a global meritocracy where workers are rewarded solely for their output, regardless of their location, education, gender or race.

Active labor policies need to avoid a “one size fits all” approach, recognize the heterogeneity in the freelance labour market and attempt to divide it into advantaged, disadvantaged and false fragments. We need targeted measures that legitimize, professionalize and support the advantaged fragments, protect the vulnerable fragments and clearly set out the difference between false and legitimate self-employment so the former can be avoided.

Nowadays, around 35% of the average large company’s total workforce is made up of contingent labour. Employers are starting to create “talent pools” of tried and tested skills that can be called upon as and when required and can be used to respond quickly to disruptive innovation, manage risk, harness external knowledge, and introduce new services. This gives a competitive advantage and could create permanent jobs too. It’s not far in the future the day when your new boss could be a freelancer.

Businesses and local authorities should co-create innovation zones to experiment with flexible work arrangements. They should support the development of local platforms letting companies use freelancers without fear of liabilities if they might later be reclassified as employees and use big data to monitor trends. HR agencies, financial actors, public and private intermediaries should upgrade their services to sustain workers’ transition from project to project, platform to platform and into different career paths.

Freelancers have never been the folks who sit around waiting for change. The same is true today.