The other side of Bansko, Bulgaria 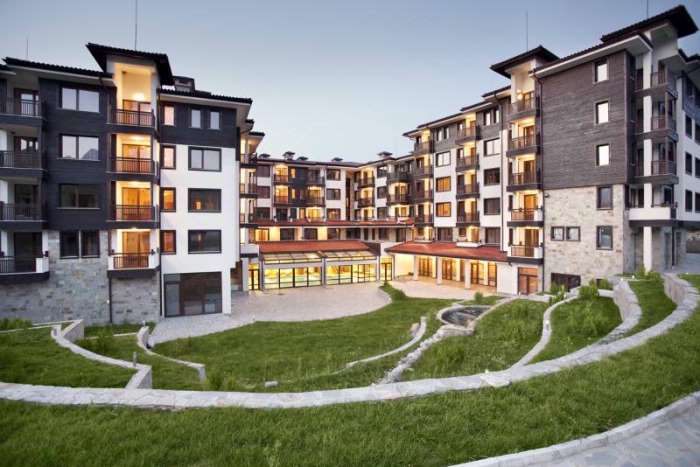 Real estate in Bansko, as advertised.

Open letter from young Bulgarian skiers to the participants in the Ladies Ski World Cup held in Bansko, Bulgaria 2015.

On 23rd February 2015 a group of young skiers, snowboarders and mountaineers sent a friendly letter to the participants in the Ladies Ski World Cup held in Bansko in the end of February and the beginning of March. Their letters tells about a plan to illegally enlarge the Bansko skiing zone and about the great negative effect this will have on the unique biodiversity in Pirin Mountain.

The young mountaineers note that their favorite hobby can be practiced without any obstacles in the state and territory of the resort as it is now. It is of great importance to them to give equal opportunities to skiers to experience skiing in the maintained part of the resort and in places where they can be in nature.

Bansko ski zone is situated in the heart of Pirin National Park  – a fully protected area. The park is characterized by exceptional plant diversity and high proportion of endemic species – species which only grow in Pirin and nowhere else in the world. It is fascinating that in Pirin National Park, one can see about one-third of the plant species in Bulgaria. The most ancient trees in Bulgaria are also there – Bosnian and Macedonian Pine. This is the home of many Balkan chamois, bears and more than 150 bird species.

The letter also tells the story of the dark side of Bansko – the one that the organizers of the Ski World Cup would never share with their guests.

The mountaineers remember the times when Bansko used to be a cozy town where one could always find a guesthouse and stay with a local family. Nowadays, unfortunately, a great part of the local community works as low-paid staff at big hotels whose owners are based elsewhere.

In their letter they describe the plan for an illegal enlargement of the ski zone in the heart of the National Park ten times bigger than the one existing now. This will destroy ancient forest and will have a devastating effect on wild nature in Pirin Mountain. They also mention the past violations of the concession holder that have not been penalized up to now. The young skiers also point out that Bulgaria also suffers from climate change and the fact that snowfall levels decrease yearly should be taken into account when planning the resorts’ enlargement.

Wishing good luck to the participants in the competition the Bulgarian mountaineers ask them to listen and pay attention to the other story of Bansko.