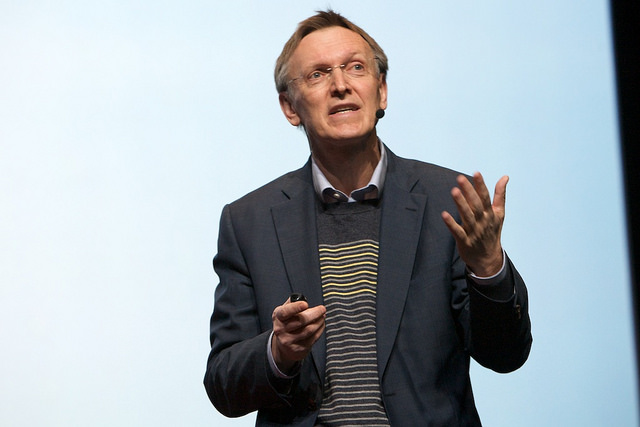 This article is part of our special report The Circular Economy.

SPECIAL REPORT / EU environment commissioner Janez Poto?nik contends that a circular economy model is not just a realistic goal for the EU, but is “inevitable”. Reducing Europe’s waste using “tried and tested” methods is going to be a key issue for the next Parliament’s mandate.

Janez Poto?nik is the EU Commissioner from Slovenia, in charge of the environment. He was European Commissioner for Science and Research from 2004-2010 and of the Environment from 2010-2014. He spoke with EURACTIV France’s Aline Robert.

Is a circular economy just a nice idea, or a real evolution for the European economy?

Firstly, because we are a densely populated continent and we use so many resources. Sixteen tonnes of resources per person, per year. And three tonnes of that ends up in landfills. We are locked in old industrial patterns of production and consumption.

Secondly, because resources and energy are getting more and more expensive. After a century of declining prices, resource prices began to rise sharply as the century closed. Real prices for resources increased by more than 300% between 1998 and 2011. 87% of European companies expect this trend to continue in the next five years.

Thirdly, already today, resources are the dominating factor in the cost structure. For example, in German industry, 43% of the total costs can be attributed to the use of resources, and only 18% to the cost of labour.

And fourthly, Europe is an import-dependent, when it comes to energy and many of those resources. We import more than half of all the materials we use. And that dependency is increasing – we import all the rare earth metals we need for smart technologies, for example.

Producing the products using less energy, less water, fewer raw materials, producing reusable and recyclable products makes economic sense. It is not by protecting the environment that we will push our industry out of Europe, it is just the opposite. By respecting it, we will create conditions that (mean the) European industrial sector will remain globally competitive – in Europe. To remain competitive, we need change.

What are the most important topics on the green agenda for the EU?

The priorities for the coming years are set out in the proposal for the 7th Environmental Action Programme, which will guide environment policy until 2020. The aim is to enhance Europe’s ecological resilience and transform the EU into an inclusive and sustainable green economy.

The key features include protecting natural capital, supporting resource efficiency, and accelerating the transition towards a low-carbon economy. The programme also seeks to tackle environmental causes of diseases. The results should help stimulate sustainable growth, and create new jobs, to set the EU on a path towards becoming a better and healthier place to live.

An EU citizen produces on average 6 tons of waste per year, and the trend is growing. How can this issue be tackled?

‘Decoupling’ is the word. We have to find ways of maintaining growth while using fewer resources. This week, the International Resource Panel will be releasing a new report on decoupling, and it makes for interesting reading.

Their previous reports have warned that increases in population and prosperity will put humanity on track to consume 140 billion tonnes of minerals, ores, fossil fuels and biomass per year by 2050, unless economic growth is decoupled from resource consumption. This is three times the levels of consumption in 2000, and most likely exceeds all existing available resources and the limits of the planet to absorb the impacts of extraction and use.

What they are doing now is identifying the real barriers to decoupling, especially things like subsidies for energy and water use, outdated regulatory frameworks, and technological biases. But the good news is that there are cures for problems like that – we just need to convince governments of their feasibility.

Is it important to use price-based instruments for pollution control, such as a fee on plastic bags or carbon tons?

Economic instruments are tried and tested ways of solving environmental problems. Perhaps the biggest problem the environment faces is the idea that there is no cost in hurting it – as if air pollution, water pollution, waste etc. were crimes without victims – they are the opposite, as we all suffer. So economic instruments try and put a price on these externalities, which ultimately prevent them from happening.

There are lots of types, and lots of proof that they work. Waste management, sound waste management plans and waste prevention programmes, and economic instruments such as “pay as you throw” schemes, landfill taxes, deposit refund systems, producer responsibility schemes and so forth, are all tried and tested methods. They have been shown to work very effectively in EU member states that now have very high recycling rates such as Germany, the Netherlands, Austria, Sweden and Belgium.