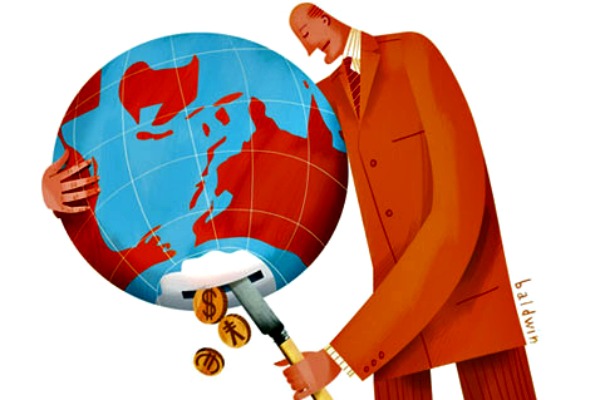 Paul Hodson, the head of the EU’s energy efficiency unit said that the new funding was “extremely encouraging and could still rise” as more member states announced contributions to the coffers.

A minimum €23 billion-worth of investment in energy efficiency, renewables and sustainable urban transport had been promised in the EU’s Cohesion Policy Fund statement earlier this year.

But because member states have contributed higher amounts than expected, more public money will be available to leverage investments, at a ratio of roughly €3 from the private sector for every euro spent.

Mathieu Fichter, a policy officer in the EU’s Regional Policy directorate, told EURACTIV that this could offer a carrot to east European states, enabling a smoother adoption of the Commission’s proposed 2030 energy and climate package in October.

“It is indirectly obvious,” he said. “We know what the challenge of the 2030 targets means for a lot of member states. There is a need for significant additional investment and a lot of what we will provide in next seven years will help them to finance at least a part of what they’ll have to do.”

Most of the €11 billion of structural funds available for clean energy in the 2007-2013 budget were used by new EU member states from east Europe, Fichter said.

When negotiations begin at the October EU summit, “we will tell them there will be new 2030 targets and there is a 2050 target to decarbonise our economies and the [Cohesion Funds] investment in the next seven years will be there for decades to come,” he added.

Officials expect most of the new budget’s revenues to end up in east Europe, although Poland is already spending 50% more than the minimum required under EU rules. These contributions graduate to between 12% and 20% of a region’s development fund (ERDF) allocation, depending on its level of development.

Energy efficiency measures, particularly for buildings and SMEs, are expected to be the first funding priority for EU disbursements, with a focus on the retro-fitting of residential homes and energy efficient renovations of public buildings. A new building renovations loan is planned.

Such measures will be closely followed by action on urban transport schemes such as cycle paths and tramways, with support available for renewable energy too. The bulk of projects are expected to be approved by the end of the year.

No monies will be available for sectors covered by the EU’s Emissions Trading System (ETS), although “ex-ante conditionality” is expected to ensure consistency with other EU legislation, and fuel switching from coal to biomass could also qualify for funding.

But Fichter confirmed that the EU would not use any common criteria for measuring the energy saving and CO2-cutting potential of efficiency measures before disbursing funds.

“For many Central and Eastern European countries, support for a target hinges on their getting sufficient EU funds,” said Brook Riley of Friends of the Earth Europe. “That’s why the Commission needs to look into ways to increase or redirect funding, while ensuring that the money is spent on genuine energy savings projects, and not just [indirectly] increasing the efficiency of fossil fuel plants.”

The Cohesion Policy framework says that funds may be available “in the context of industrial production to boost competitiveness, especially in SMEs”.

Revenue streams for clean energy projects in the EU is an arcane but closely followed topic that may become contested in the years ahead, after a decision to classify shale gas as a “competitive low carbon energy source,” within the Horizon 2020 funding envelope.

In Horizon 2020’s ‘societal Challenges’ sub-programme, €5.9 billion is available for non-nuclear energy research, and officials say that at least €400 million of this will have been awarded to efficiency projects by the end of 2015.

Half of this money will be handed out through a Smart Cities and Communities programme and the other half through a Low carbon Energy sub-sector, with other smaller programmes also available.

Upwards of €600 million appears to have been earmarked for public-private partnership projects involving innovative energy efficiency in buildings projects, although accounts of the exact sum diverge. This sub-programme is intended as seed money to leverage private sector funds at a ratio of 15:1.

In terms of awards criteria, “we hope that the CO2 savings would be at least 25GigaWatt hours a year for each million euros of EU support,” Jose Riesgo Villanueva an official in the EU’s research directorate told EURACTIV.

Billions of euros for clean energy investment will also be on tap from multilateral development banks such as the European Investment Bank, European Bank of Reconstruction and Development and other International Financial Institutions.

A tweet from the EU’s regional policy account yesterday (2 July) said that 25% of its available funds in the 2014-2020 budget would be invested in green energy, energy efficiency and the low carbon economy.

For all the CO2-saving potential of the new Cohesion Policy announcement though, the EU estimates that between €60-€100 billion a year will need to be spent on energy efficiency in buildings alone.

“In that context, our funding is just a drop in the ocean,” Fichter said.

Andoni Hidalgo, a spokesman for EURIMA, the European Insulation Manufacturers Association said: “The key for making a good use of EU money devoted to EE is leverage: EU funds need to be used wisely by fostering a maximal amount of private investment complementing them, and allowing to reach substantial scale. For building renovation, it’s a matter of choice: either the EU funds are used in a “sparse” way for projects that will not provide substantial energy savings, or they are used in a strategic way, making them part of consistent, robust and long-term renovation strategies that reap all the potential for energy savings, bringing to a region all its co-benefits attached.”

He continued: “Obviously, if the message from EU regions is that they want to invest in building renovation, the Commission’s 2030 proposal should follow suit by translating this impetus into clear political goals. in his opening speech for the Italian Presidency today, Mr Renzi evoked Ulysses and Telemachus. The Commission risks playing here the role of Penelope: while regions are “weaving the cloth” through using EU funds for building refurbishment, the Commission undoes it by not backing this up with strong political targets for 2030 and beyond.”