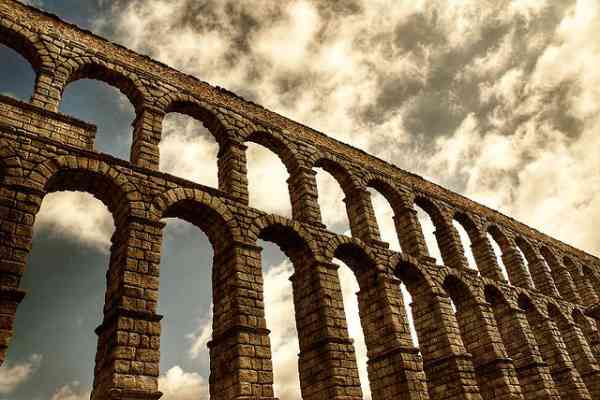 This article is part of our special report Delivering water in the 21st century.

More than 11% of Europeans and 17% of Europe's territory have been affected by water scarcity in recent years, the Commission wrote in a recent policy review, costing the EU an estimated €100 billion in damages and lost economic potential.

In the EU, the public water represents some 20% of the total water use, with homes and buildings accounting for the largest use, according to the Commission.

However, some critics say the water-saving potential has not been tapped evenly by member states and existing EU legislation has not yet been implemented everywhere.

“The Water Framework Directive has not been applied,” said Sarolta Tripolszky, from the European Environmental Bureau (EEB), an NGO. Speaking at a Fondation EURACTIV workshop on 10 May, she said conservation groups have been asking the Commission to take further steps under the landmark law that is intended to protect Europe’s water resources.

The Commission is expected to publish in November a detailed plan for water policies needed by 2020, called the "Blueprint to Safeguard Europe's Water Resources". Whilst this paper is meant to address water security, the ball will remain in member states’ courts, EU officials said.

“The main purpose of the blueprint is to reduce leakage, but we have found substantial differences between member states, so targets are not necessary,” said Henriette Faergemann, leader of the “scarcity and droughts” team at the European Commission.

Austrian MEP Richard Seeber (European Peoples Party), who serves on the European Parliament's environment committee and is a leading voice on water issues, said figures shows that leakage levels in Bulgaria soar to 50%, whilst in Germany, they are kept at only 3-4%.

“We shouldn’t be too prescriptive with member states,” he said, “but I will ask them to proceed with implementing the existing directive, which is a good one.”

But it is not just poorer EU countries with outdated infrastructure that are the culprits. The European Water Partnership, a non-profit organisation, says some Italian cities have leakage rates of up to 70% and London up to 35%.

Industry officials also say more needs to be done to invest in infrastructure that can reduce waste, such as replacing older cement pipes. “With new materials available, we can reduce the leakage rate dramatically,”  Hans Telgen, president of the European Plastic Pipes and Fittings Association (TEPPFA), told EURACTIV.

The Commission is looking beyond targets  to technology, management of water in planning and is also studying whether water-efficient products are a better way to tackle efficiency in buildings.

Water-stingy shower taps, currently waiting to be introduced in the EU’s Ecodesign Directive, are an example of products that could increase the overall efficiency of buildings and reduce water bills. “This is a low-hanging fruit and it can be done very easily,” said green campaigner Tripolszky.

However, Seeber thinks such a measure is not necessary, since efficient taps are already on the market and consumers can choose to buy them if necessary.

“We should not tell people what shower heads to use,” said Seeber, adding that domestic water consumption is only 7%, compared to more water-intensive areas, such as agriculture of the manufacturing.

Leakage levels may be different across the EU, but what member state have in common is research and innovation, said Luisa Prista, head of environmental technologies for the Commission’s Research and Innovation section.

“Challenges at EU level are huge, but needs are very diverse and the ways of managing are different,” Prista told the Fondation EURACTIV workshop.

Whilst the EU is a global leader in water policies, its implementation is lagging behind in member states.

For this, she suggested a cross-sectorial approach and said there is a need to coordinate EU action with the regional and local authorities: “We need partnerships at EU level.”

Meanwhile, plastic pipe manufacturers said the EU should be encouraging innovation and efficiency that the industry is already employing through, for example, water reuse in buildings and conservation measures.

“I think maybe the European Commission does not even know that we are doing these types of things,” said Telgen of TEPPFA. “If they are put it in either legislation or directives… so that either member states, municipalities or villages are – I  wouldn’t say forced, but are being directed to these types of products – then definitely drinking water, rainwater, but also energy can be used in a much more efficient way. “

"The issue is much wider than technical ways to reduce leakages," said Henriette Faergemann, leader of the “scarcity and droughts” team at the European Commission. "There are many possibilities to reduce leakages,  but the management of water quantity needs to be much better integrated in the rural management plans and we needs a better understanding of social-economic costs that are associated with reducing leakages, the privileges.

"In some place it may be more cost-effective to save water than in agriculture, industry or elsewhere. We are also studying options for water efficiency in buildings and looking at whether introducing standards for water-efficient products would be the way forward.”

Water use by sector varies across the European Union – with agriculture the main consumer of freshwater in more arid regions, while home and industrial consumption lead in damper climates.

Overall, households, business, hospitals and offices account for 20% of water use, according to a May 2012 report by the European Environmental Agency. Of that, flushing toilets consumes nearly one-third of water, but leakage from old pipes, commodes or public water supplies is also a big consumer.

But calls for efficiency measures are growing, and not just by policymakers. Leading water-consuming industries, including beverage and food manufacturers, are taking steps to improve efficiency to cut costs but also in the face of mounting concerns about supply security.

EEA figures show that while much of Europe has ample freshwater, parts of Spain, France, Italy, Britain, Belgium and the Baltic states along with much of Cyprus have faced stress or extreme stress in recent years – with demand exceeding supply.