Brussels strives to keep resource-efficiency ‘on the radar’ 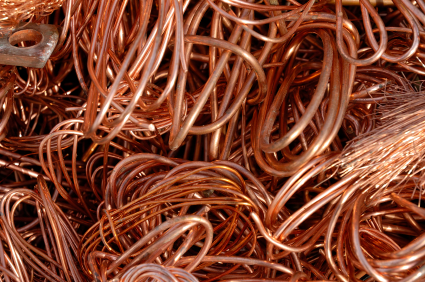 This article is part of our special report Resource Efficiency.

SPECIAL REPORT / Faced with strong political headwinds against new environmental legislation in the current economic crisis, the European Commission is multiplying initiatives to keep resource-efficiency on the political radar.

Academic studies have long warned that global supplies of natural resources such as fossil fuels, metals and water were being depleted, pointing to looming environmental conflicts related to resource scarcity.

Three billion people are expected to join the world's middle-class in the next two decades, fuelling a boom in commodity prices and stoking tensions between nations over scarce natural resources.

The global consulting firm McKinsey formulated the question in the following terms: “Is the world entering an era of sustained high resource prices, leading to increased economic, social, and geopolitical risk?”

EU officials have been quick to highlight those concerns, calling on European countries to take action.

“We face a situation where both our economy and our environment are in a crisis,” Janez Poto?nik, the EU's environment commissioner, said recently.

Yet there are no legally binding laws, targets or even measures on resource efficiency at the European level. And the conclusions of EU leaders' summits have not included any call for EU legislation on the matter. The EU is already at the forefront of global environmental policy and should not penalise its industry with additional green legislation, the argument goes.

"We arrived in a period of crisis and people interpreted environmental policy measures as a constraint on business,” said William Neale, who is responsible for sustainable production and consumption at the European Commission's environment department.

"But resource efficiency is about helping businesses instead in this transition period to a time of scarcer resources," he added.

Faced with reluctant member states, the European Commission has focused on measuring the benefits of decoupling economic growth from natural resource use. In September 2011, it unveiled a Roadmap to a Resource Efficient Europe, recommending the introduction of indicators and targets across the 27-nation bloc.

The EU executive then sought to raise the issue's profile by launching a Resource-Efficiency Platform chaired by John Bruton, former Irish prime minister and EU ambassador to the United States.

One of the platform's main goals is to provide guidance and create the conditions for investments in resource efficiency. “How can we stimulate this and ensure the necessary financing?,” the group said in its first statement.

“Active commitment from a wide range of businesses will ensure that resource efficiency is not just about encouraging the green sector of the economy, but about greening throughout the economy,” Poto?nik said at the platform's launch.

This summer also witnessed a promotional drive backed by notable figures such as Jeremy Grantham, co-founder of one of the largest asset management companies in the world, and Ellen MacArthur, the world-renowned yachtswoman who now heads a foundation that promotes sustainability.

Keeping the issue on the political radar

This flurry of public relations activity is aimed at keeping the issue on the political radar, in the face of economic troubles and political resistance, said Neale.

In the absence of binding EU laws on resource efficiency, the Commission has tried highlighting the issue in other pieces of European legislation and policy, he said.

“Even if resource efficiency is not in the limelight, we are working a bit under the political radar of decisions, but our idea is to integrate them in as many policies as possible,” Neale said. Resource efficiency is now, for instance, mentioned in European renewable energy legislation, which stipulates that member states should “make prudent and rational use of natural resources”.

“Those finite resources, recognised in various international instruments to be of value to all mankind, should be preserved,” the text reads.

Reducing the EU's dependence on natural resources is now mentioned in the so-called Europe 2020 strategy for sustainable growth and jobs, the EU's economic roadmap for the end of the decade. Resource efficiency has also made its way into the so-called 'European Semester' of economic policy coordination, the EU's new soft instrument to monitor economic and fiscal reforms, which was introduced in the wake of the sovereign debt crisis.

As part of the semester, the Commission suggested shifting the burden of taxation away from labour towards natural resource use. Subsidies harmful to the environment should also be reformed, the Commission wrote as part of its European Semester.

However, when it comes to concrete reforms on green taxation, the EU tends to get cold feet.

In April, the European Parliament shot down a Commission proposal to erase tax benefits for diesel fuel, saying that a period of austerity and high fuel costs was not the time for such moves.

And recent moves by Britain to apply a lower VAT rate for energy-saving materials were rejected by the European Commission on the grounds that such decisions need approval from the other 26 EU states.

In the meantime, the Resource Efficiency Platform is focusing on three areas of concern:

On waste collection, the Commission says sorting it as close to the source as possible is best, warning, however, that this should mean building more composting plants, not doing more incineration. Incineration is a method widely used in the EU, but it carries environmental baggage.

In February 2012, Gerben-Jan Gerbrandy, a Dutch Liberal MEP who drafted a resolution on resource-efficiency for the European Parliament, proposed a ‘Schengen area’ for waste that would allow all sorts of second-hand resources to be traded more freely between member states. This was rejected by MEPs and the Commission, because, they claimed, it is hard to have EU-wide legislation overruling national laws for waste.

But on an individual basis, more and more legislation on moving waste is being adopted. For example, Sweden has long been processing waste coming from the Netherlands  – and using the resulting energy to heat its homes.

Similarly, Germany has excess waste management technologies, including its advanced biogas industry. An estimated 90% of the world’s biogas power plants are found in Germany. Poland, which burns 80% of its waste, could move its trash to Germany, where it would be processed in a more climate-friendly way.

But one of the main changes which needs to take place in the future, the Commission said – and which the Platform is working on – is the separation of waste at the source.

Ecodesign is also very important at the design stage of the process. This way, the product manufacturers can repair, refurbish or recycle the materials.

Similarly important is innovation – another flagship of the Resource Efficiency Platform. Innovation can help increase the supply of raw materials in a number of ways – from new mining methods, through improved product design for recycling to ways in which rare metals can be retrieved from waste.

The European Commission estimates that the value of unexploited European mineral resources at a depth of 500-1,000 metres is about €100 billion.

If the secondary materials are valuable, there is a business opportunity in this. “In Sweden or more advanced countries, there is a battle between who gets the waste to sort it out,” Neale said. “Clearly, there's money in it.”

The roadmap followed the adoption of a first policy paper in January, which established resource efficiency as the guiding principle behind EU policies in almost all sectors – energy, transport, commodities, industry, agriculture, fisheries, biodiversity and regional development.