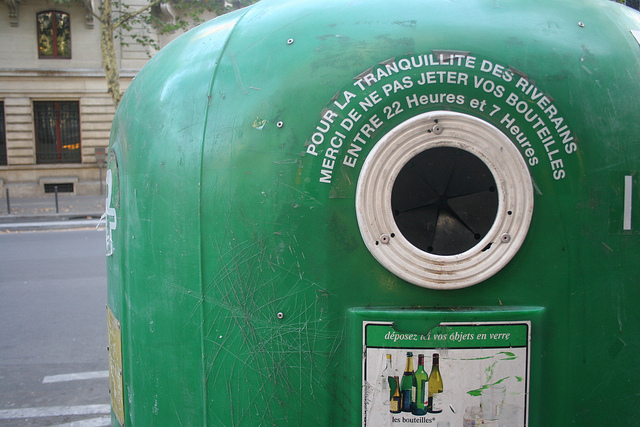 The revaluation of waste is a central theme in France. Although Ségolène Royal is fond of the idea, ‘circular’ economics is still only a theory. EURACTIV France reports.

As part of the energy transition, a circular economy will be one of the four areas in which Ségolène Royal will concentrate future legislation.

“Legislation on energy transition is not yet ready, but we have reached the decision phase,” explained Ségolène Royal to the French Senate on 10 April.

By consolidating economic growth and respecting the environment, a circular economy has the benefit of offering industrial production based on recycled resources. François-Michel Lambert, from the French Green Party, founded the Institute for Circular Economy In 2003. It promotes an industrial model that creates new from the old. He is glad that the new government is considering a circular economy.

“This government realises the dangers of a resource crisis. With the Institute for Circular Economy, I will quickly establish contact with Ségolène Royal and her ministry, to include her in our work and future areas of debate” explained François-Michel Lambert on 9 April.

During a parliamentary conference on the revaluation of waste, numerous people, including the former Secretary of State for Ecology, Chantal Jouanno, argued in favour of a circular economy.

“A circular economy is a system in which every material is a resource. The underlying principle is that no resource is destroyed, as all resources are considered a source of capital”, explained Chantal Jouanno.

As well as being good for the environment, a circular economy is a source of economic growth and employment. Yet, France is well behind its European neighbours, according to Franco Gaston, MEP from the European People’s Party.

“There is an under-exploited potential for wealth in Europe, and also in France, which can created by a circular economy. If a French circular economy is established by 2020, almost 400,000 jobs could be created,” claims Gaston Franco.

France is not doing well compared to its European neighbours, explained the MEP.

“A strict application of waste hierarchy must be put in place, as recycling targets were not met in France. France is far behind Germany, Belgium, the Netherlands and Austria,” he continued.

The Anglo-American company Interface, a global leader in the carpet business, proved that the circular economic model was economically viable during a conference on their new industrial model.

“Earning money through a virtuous model is possible with a circular economy,” declared Rob Boogaard, President of Interface in Europe, the Middle East and Africa.

Interface is proof that circular economies are the future. It has set itself the target of establishing a completely eco-friendly model by 2020. The so-called “mission zero” consists of neutralizing the negative environmental impact of its activities.

“Interface has been respecting the environment since 1996, and we have reduced our carbon footprint by 90% since then. Currently, 43% of raw materials are recyclable or from organic resources, and 100% of water used in the production cycle is in a closed loop” claimed Rob Boogaard.

Local projects are crucial in developing a French circular economy.

“Communities have a crucial role to play in developing a circular economy. For example, they can recycle household waste” explained Sylvain Baudet, a French economist.

This opinion is shared by Chatal Jouanno, former Secretary of State for Ecology, who stated that “usually, locally planned projects work well.”

Luc Valaize, President of SVDU (French national syndicate for the treatment and revaluation of urban waste), also sees waste as an energy source

“I am convinced that our waste is a formidable energy reservoir. Currently, almost 33 million tonnes of household waste is not recycled. We use incinerators to create energy. If this process was expanded, we could double France’s energetic capacity,” he claimed.

However, Laurent Michel, Director General of Energy and Climate in the French Ministry for Ecology since November 2012, emphasised the dangers of burning waste in order to create energy.

“There is a problem of traceability in the combustion of waste. We have to prevent turning the area around Paris into a huge oven, which would require transporting all French waste to the capital by truck. In this case, the environmental benefits would be ni,l” stated Laurent Michel.

A future French circular economy is in good hands with Ségolène Royal, and François-Michel Lambert, President of the Institute for Circular Economy, has given her all his support.

“Ségolène Royal is a very competent politician who will further circular economy in our country. This is why we have full confidence in her,” he explained.

In 2010, France produced 355 million tonnes of waste, or 3% more than in 2008. According to the French Ministry for Ecological Development, the production of household waste, which accounts for 10% of the total, continues to increase, whilst the quantity of waste per capita remains stable. A French environmental conference on circular economy took place in September 2013, and stated that the economic transition had to accelerate. Despite this, legislation on circular economy is remains a project and according to Laurent Michel, Director General of Energy and Climate in the French Ministry for Ecology, no legislation will be put in place before Autumn 2015.