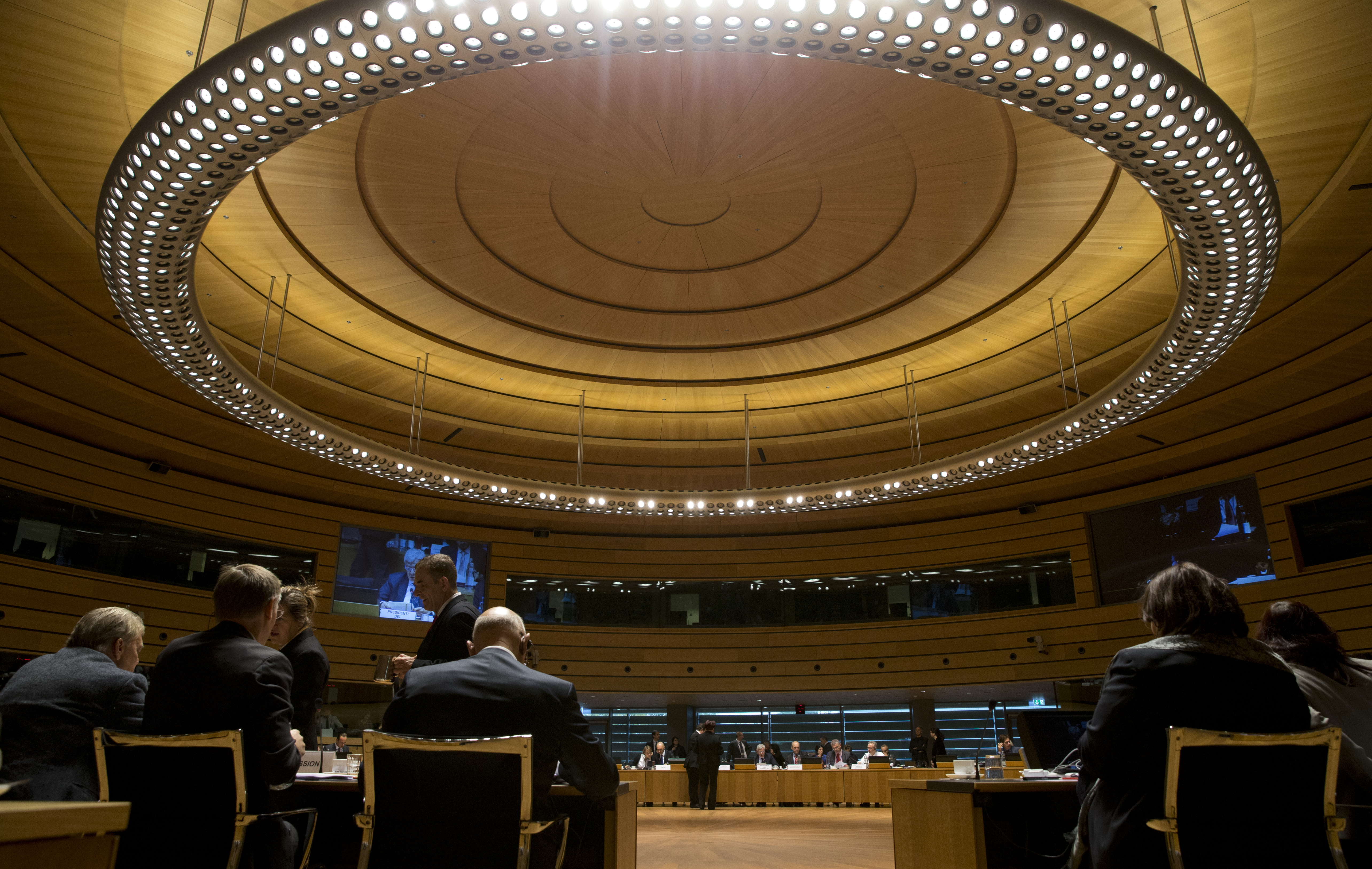 EU environment ministers at their last Council meeting. [Council of the EU/Flickr]

EU environment ministers have signalled their support for waste rules, part of the Circular Economy package axed today from the European Commission’s 2015 work programme, and will discuss the pending legislation at their meeting in Brussels tomorrow (17 December).

Ambassadors from 23 member states, led by the Italy, which holds the rotating Presidency of the EU, put the waste package onto the agenda of the Council of Ministers meeting.

That decision was taken on Friday at a meeting of top diplomats, held a day after leaked documents appeared to confirm that the executive was planning to ditch the Circular Economy package as part of cull of pending bills.

Presidency sources said the countries wanted to show the Commission, and the European Parliament, that there was support for keeping the waste rules. The Circular Economy package is designed to increase resource efficiency and recycling.

Other parts of the package, and the similarly threatened Air Quality package, could not be supported in the same way at this stage, EURACTIV has learnt. Friday’s meeting was between ambassadors dealing with the waste rules. Had the working party been responsible for other threatened regulation, a similar initiative could have been taken.

Sources said there had not been enough time to  arrange such a move. But placing the waste package on the agenda was intended as a broader signal to the Commission.

The environment ministers of Italy, Spain, France, Germany, Luxembourg, Cyprus, Greece, Portugal, Sweden and Slovenia have written jointly to the Commission, expressing their support for the Circular Economy package.

Both the Council and the European Parliament will be consulted before any proposals are withdrawn. The Parliament  has decided to vote on a resolution on the work programme in January.

Commission President Jean-Claude Juncker had tasked Timmermans to screen 452 pending pieces of legislation as part of a drive for “better regulation”. 403 texts will be withdrawn, changed or re-tabled, Juncker told MEPs.

Among the bills facing the axe is the Circular Economy package. One MEP shouted “shame” at Timmermans when he confirmed it would be scrapped. Timmermans reacted by saying the new proposal would come in 2015.

“We will do this very quickly because we want the Circular Economy […] we want to put something on the table that is more ambitious,” he said.

The Commission has said it may change some of the pending rules in the Air Quality package. They would be altered to increase their chances of making it onto the lawbooks.

The environment ministers are expected to agree the Council’s position on legislation to limit the emissions of certain pollutants from medium combustion plants.

The rules cover medium-sized combustion plants with a rated thermal input of between 1 and 50 MW. Such plants are a major source of sulphur dioxide, nitrogen oxides and particulate matte emissions.

The Council has amended the Commission’s original proposal. It introduced different regimes depending on plant size, to reduce the regulatory burden on the smallest plants (1-5 MW).

Compliance deadlines for remote plant, end of life plant, and district heating systems were also extended by the Council.

An agreed position will pave the way for negotiations with the Parliament. Both must ultimately agree an identical text before it can become law.  The Parliament’s environmental committee is expected to vote on the bill in April 2015.

The new rules were presented in December 2013 as part of the Air Quality package, which imposes rules that set air quality targets. Presidency sources said they did not think that the rules were under threat, in the same way as the Circular Economy package was.

Timmermans later confirmed that, saying that there proposal appeared to have a good change of being agreed by both Parliament and Council.

Separate legislation setting national emissions ceilings would be modified in the interests of securing a deal between Parliament and Council.  The changes would also take into account the EU’s 2030 Climate and Energy targets, agreed in October, he said.

Environment ministers will also confirm an agreement with the European Parliament on rules to reduce plastic bags’ impact on the environment.  The deal was struck on 17 November.

A separate deal with MEPs on the regulation for new EU rules on the monitoring, reporting and verification of CO2 emissions from ships is also expected to be rubberstamped.

The Council will also debate the global post 2015 agenda, with a particular focus on the environmental dimension of sustainable development.

That agenda will be adopted at a UN High-Level Summit in September 2015.

Timmermans is currently analysing about 130 pieces of pending legislation left over from the Barroso Commission to decide if any should be dropped.