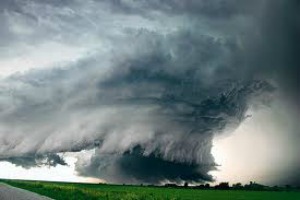 A new report from the IPCC calls on the international community to develop new strategies to cope with climate change. The message has gone unheeded by countries struggling to accept their environmental responsibilities.

The principal message of the new report by the Intergovernmental Panel on Climate Change (IPCC) published on 31 March is: “Risks linked to global warming are becoming clearer as climate change continues to surprise us (…) future risks depend largely on the amplitude of climate change. Global warming increases the occurrence of serious incidents that can be shocking and irreversible.”

Nevertheless, the summary of the report focuses on so many countries (195) that concrete elements are difficult to establish. The states have, it would seem, done their utmost to exclude the most explicit graphs and information from the final summary.

IPCC experts and the states’ representatives met for a week in Yokohama (Japan) to finish off Working Group II (WGII), which is in charge of evaluating the impacts, vulnerability and adaptation of climate change. The summary for policymakers, which sums up the 2,000 page report in 44 pages, replaces the report published 7 years ago. It is now the IPCC’s fifth report following previous editions in 1990, 1995, 2001 and 2007.

“Although the group has imagined the future climate” explains Hervé Le Treut, director of the Institute Pierre-Simon Laplace, it does not offer a final adaption solution but “a methodology, a guide”. Unlike the first report, there is no great conclusion, but instead a series of observations regarding current and future implications, as well as an adaptation strategy which varies from region to region. For the first time, the report is divided in two parts: a general first part and a second part which deals with the regional consequences through a variety of continental overviews.

The report also tries to show continuity between the present and the future, as well as the natural modification of ecosystems and anthropic perturbations. It opens with details of present-day observations, followed by projections depending on the extent of climate change between now and the end of the century. The document concludes by proposing adaption strategies which would ameliorate the resilience of ecosystems and human societies.

Other important conclusions of the report: incremental adaptions, meaning the marginal and dependent adaption of experienced shocks, are not ideal. It recommends establishing a global strategy of adaption, in order to mitigate negative shocks.

Apart from a few conclusions, the report lacks concrete results and statistics. A reader would have to dig through all 2,000 pages of the report to get a general understanding of humanity’s future. Several countries can be blamed for this, as they refused to present specific conclusions from the main document.

The following example perfectly illustrates the effort to tone down certain aspects of the report. The graph, which gives an overview of forecasted impacts (see below), should be marked by two horizontal lines indicating the thresholds of +2°C and +4°C relative to temperatures recorded during the industrial era. The possible impact of a 2°C increase (the temperature on which the international community are trying to agree) would have been instantly visible. Such a graph would have had the symbolic overview of countless studies. However, during talks between states, two groups came into conflict: the most threatened countries wanted to fix the threshold at 1.5°C (the target they want to see adopted by the international community), but a group of countries led by Canada successfully requested the removal of these thresholds. Officially, drawing these lines would amount to making recommendations to policymakers, whereas the IPCC must limit itself to only presenting the facts. This may be true, but without these lines, the graph has little meaning.

The same is true for the crucial evaluation of adaption costs. Officially, “fragmentary notion” of costs justifies the lack of numbers in the summary for policymakers. The reality is more trivial: whilst the international community debate the budget and financing of an international adaption fund for the post-2020 period, certain countries have refused to have any numbers added to the report, which may be refered to during negotiations. The original version of the summary specified that global adaption costs would be between $4 and $119 billion per year… This estimate disappeared from the final document, but can still be found deep within the 2,000 page report.

Finally, two other graphs failed to make the cut: the melting polar ice caps and the threats to forests. In these instances, certain countries deemed that the related findings were not robust enough, and succeeded in removing the two graphs. And yet an unquestionable amount of humanity’s water resources depends on the ice caps.

Known phenomena, yet difficult to understand

Therefore, apart from the message regarding the crucial need for a climate change adaption, the summary only vaguely confirms facts widely accepted by experts and the general public.

Among the adaptations that were expected is the modification of food production. Even so, information found in the overview is difficult to understand. The strongest impact concerns wheat, which should be reduced globally by 2% per decade. However this evaluation is just an average, and the study shows variations between 0% and -5%. In addition, the global evaluation does not mention local variations which can be even greater. Same case for rice: although the average is rather reassuring, seeing as no variation of production at a global level was announced, the study advises production modifications of between +0.5% and -3.5%. Again, local variability is not taken into account.

Equally, although rising sea levels and rainfall will increase the risks of costal and alluvial plain flooding, it is difficult to extract a general rule. Indeed, sea levels rose by 20cm during the 20th century. However the reality varies greatly, for example on the Polynesian island of Tuvalu, which recorded an increase of 50cm over the past 50 years.

In terms of adaptions, the ability of ecosystems, and species inhabiting them, varies according to biological factors (population regeneration, or their ability to move in or out, for example), ecosystem shocks (particularly the destruction of habitats and competition with invasive species) and the genetic richness of populations. In this case, insects dispose of a great capacity to adapt to moderate climate changes. These elements explain why the migration speed of species to polar regions, which has been studied by many researchers, is so heterogeneous. It can reach up to 100km by decade for certain species of fish, but is difficult to analyse for many plant species.

In the WWF’s article “Earth is in deep trouble” , they claim that the ICPP report “reinforces the sobering view that climate change is real, it’s happening now and it’s affecting the lives and the livelihoods of people as well as the sensitive ecosystems that sustain life.”

The Intergovernmental Panel on Climate Change (IPCC) has a mandate to evaluate scientific, technical and socio-economic information regarding climate change in a methodical and objective manner.