Denmark wants to be coal-free by 2025 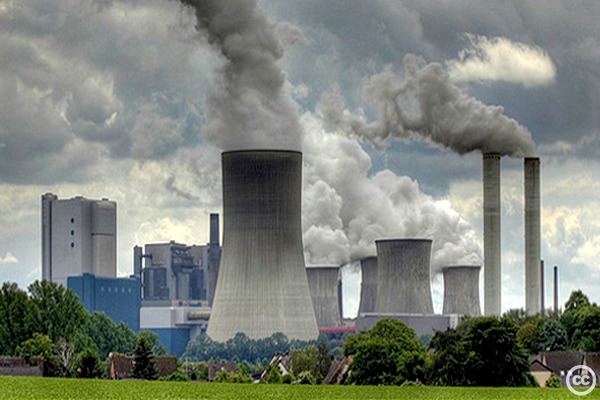 Denmark is looking into how the country can stop using coal as an energy supply by 2025, the Climate and Energy Minister Rasmus Helveg Petersen said on Wednesday (29 October). The Scandinavian country’s centre-left government had previously aimed at being coal-independent by 2030.

Petersen said he has asked government officials to look into what Denmark can do in order to phase out the use of coal already in ten years time.

“Of course this is something we will do together with the industry. I don’t know how we can reach this goal, but I would like to find out if we, for example, can forbid using coal,” Petersen told Danish broadcaster DR.

“It would benefit the climate and it would be a very, very good signal to send,” he said.

Today, 20% of Denmark’s energy supply comes from coal, 40% comes from oil and gas, while another 30% comes from wind energy. The country wants wind energy to make up 50% of the overall power supply by 2020. Denmark is the only country in the EU which is a net exporter of energy.

The UN’s Climate Panel is in Copenhagen this week, to draft the organisation’s latest report on climate change, to be published over the weekend.

The social liberal Climate and Energy Minister said that while coal is the cheapest fuel today, countries won’t be able to afford using it in the long run.

“There’s no longer a scenario where we would be able to continue using coal,” Petersen stated.

EU leaders on Friday (24 October) agreed to cut emissions by 40% below 1990 levels by 2030, in a shift from fossil fuels towards renewable energies, and urged other major emitters led by China and the US to follow.

The government coalition partner, the Social Democrats, said it would support the minister. If Denmark becomes a first mover on phasing out coal, it would create jobs.

“I look forward to see how this can be done and we will of course support a green agenda if it can be done in a way where we keep our competitiveness and jobs in Denmark. If the Climate Minister potentially wants to close down Danish coal plants and instead increases our import of German coal then that would be crazy,” Jens Joel, energy spokesperson of the Social Democrats, said.

Lars Aagaard, director for Danish Energy, the energy companies’ industry association, agreed that closing down coal plant would increase the import of German coal. Instead, he advised the minister to call for a tightening of of the EU’s emission’s trading system (ETS) in order to limit the number of pollution permits.

“The Climate Minister won’t succeed with a call for phasing out coal in Europe. It’s not possible. A big part of the European energy supply is deeply dependent on coal, and will continue to be so for years to come,” he said.

After a marathon two-day summit on 23-24 October, EU leaders agreed to reduce greenhouse gas emissions by at least 40%, and increase energy efficiency and renewables by at least 27%.