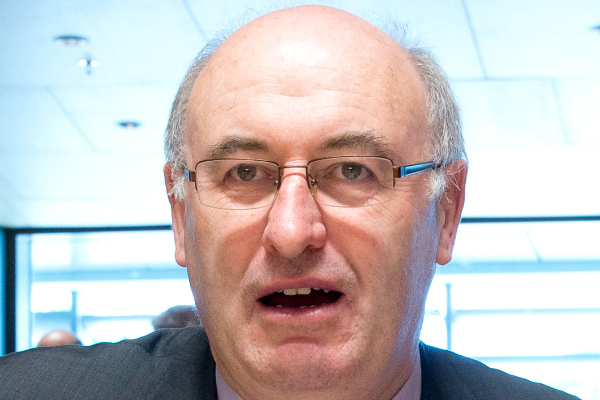 In a victory for conservationists, negotiators representing the EU’s three institutions have backed the 7th Environment Action Programme that includes a call to consider legislation governing soil quality throughout Europe.

The parties signed off late Wednesday (19 June) on a deal for the post-2013 EAP, a basket of environmental initiatives, including pledges to improve energy efficiency, reduce carbon emissions and protect water resources and biodiversity.

The deal between the European Commission, Parliament and Irish presidency of the EU Council also calls for protecting soil quality in the 27 EU states plus Croatia, which joins the bloc on 1 July. Though it falls short of a binding legislative commitment, the EAP opens the door to a long-sought Soil Quality Directive.

The European Environmental Bureau, which represents 140 conservation groups, welcomed the acknowledgement that the “effective protection of soil will require an EU legal framework.”

“This new plan gives a clear and straight answer to those who have been calling for less regulation as a way to boost growth: the answer to today’s crisis is more environmental protection that will safeguard our natural resource base, protect people’s health and drive the innovations Europe needs most,” said Pieter de Pous, EEB’s policy director.

The EAP offers a framework for action rather than legal obligations and still faces a final vote in the Parliament.

Still, German MEP Matthias Groote (Socialists and Democrats) said it “represents a roadmap for our future environment policies, whether it is to conserve the natural capital of our continent, promote an efficient economy that respects our resources or to protect against environmental risks."

“We also need to better integrate environment issues into other EU policies, from energy to agriculture,” said Groote, who chairs the Parliament’s environment committee.

The sixth Environmental Action Programme (6th EAP), adopted in 2001, has given rise to some of the EU's most controversial pieces of legislation, including the REACH regulation on curbing toxic chemicals, tough rules on pesticides and air pollution, as well as the Emissions Trading System (ETS), which for the first time put a price on carbon dioxide pollution from big industries.

Environment Commissioner Janez Poto?nik introduced the EU’s seventh EAP last year, saying he hoped it would trigger action to protect soil quality. At the time, he said he planned to introduce a formal communication on land as a resource in 2014.

The communication “will aim at raising awareness, on the one hand, on the intrinsic importance of land within the EU and globally, and on the other hand, on the need for the EU to have a coherent and sustainable approach to land use and to ensure that policy formulation is targeted towards that goal,” Poto?nik told EURACTIV by e-mail on 6 December 2012, a week after proposing the 7th EAP.

Leading concerns in Europe, and globally, are erosion, declining soil quality due to intensive farming, and urban sprawl that is destroying productive farmland.

The Commission is bruised by past experience in trying introducing a soil protection law. The soil directive has languished since it was first introduced in 2006. Germany and Britain stymied the proposed legislation, claiming it was not the EU’s prerogative to dictate policies on land use.

Though a highly technical topic, soil health is taking centre stage in discussions about food security. The still-evolving proposal for reforms to the Common Agricultural Policy for 2014-2020 include provisions to link part of the direct payments to farmers to measures aimed at restoring land productivity.

“After weeks of negotiations in trilogue after being given an environment committee mandate, I am very satisfied with the political agreement reached with the Irish presidency of Council”, said French MEP Gaston Franco (EPP), rapporteur and lead parliamentary negotiator on the 7th Environmental Action Programme.

“It took some persuasion but we have achieved a very ambitious text on the EU’s environment and climate commitments at European and international level, without compromising competitiveness and economic growth in Europe. Here is a real manifesto for the environment and a New Deal for green growth and jobs, as I wanted”, he said.

"The programme will also benefit consumers through the availability of expanded ranges of green products and clearer, more informative labelling on products. As the EAP proposal was only published in late November last year, bringing it over the line during our presidency was always going to be a formidable challenge. I am delighted that we were able to accomplish this in such as a short time frame and I would like to acknowledge the cooperation and assistance from member states, the Commission and the European Parliament in helping to make this agreement possible.”

The UN Food and Agriculture Organization has voiced concern about loss of productive land in developing countries.

A report by the Rome-based FAO warns that rising food production over the past half century is in peril because “in too many places, achievements have been associated with management practices that have degraded the land and water systems upon which food production depends.”

Erosion, farming practices that overuse chemical fertilisers and pesticides, the decline of natural habitats and cultivating crops that are incompatible with climate conditions are all cited by experts as reasons for poor soil conditions. Some 25% of the world’s farmland is less fertile today than it was 30 years ago, FAO data show.

The FAO’s State of the World’s Land and Water Resources for Food and Agriculture says no region of the world is immune.