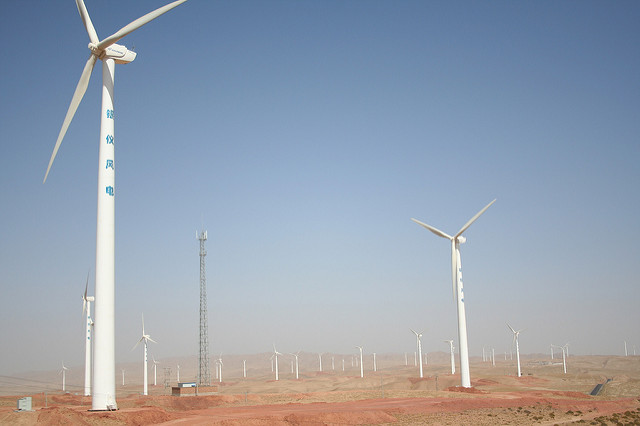 In the next five years, the European Union will fall behind the US and China in the deployment of renewables, according to the International Energy Agency.

Commission President Jean-Claude Juncker has vowed to make the EU “the world number one in renewables”, as part of the bloc’s Energy Union to lessen dependence on imports and fight climate change.

Earlier this month, the EU ratified the Paris Agreement, a landmark international agreement to cap global warming at no more than two degrees.

China and the US, the world’s two largest carbon polluters, ratified the deal before the EU, which is the third-biggest emitter. World leaders will meet in Morocco in November to discuss the pact.

But the bloc will fail to meet its climate commitments, including a pledge to boost renewables by at least 27% by 2030, unless it increased deployment of renewables.

Imke Lübbeke, head of climate and energy at WWF’s European policy office, said, “The European Union is losing its leadership role to the U.S. and China.

“The global energy transition is accelerating, but the EU is asleep at the wheel, and missing out on the opportunities this could bring for our economy, job creation and health.”

“We are witnessing a transformation of global power markets led by renewables and, as is the case with other fields, the center of gravity for renewable growth is moving to emerging markets,” said Dr. Fatih Birol, the IEA’s executive director.

IEA analysis, published today (25 October), found that renewable capacity in the EU would grow by just 23% by 2021. That is far below the 62% growth that was recorded over the last six years.

The IEA blamed policy uncertainty at national level in some European countries. Onshore wind growth has stalled in Southern and Eastern Europe because of subsidy cuts.

Grid integration and public opposition to onshore windmills in member states such as France and the UK has also slowed growth.

The European Commission is planning to launch a suite of bills designed to hardwire the bloc’s 2030 climate and energy goals to cut emissions and boost renewables into EU legislation. The new laws will be accompanied with initiatives on the design of the EU’s electricity market, which will scrutinised for evidence of boosting renewables.

But investors are waiting to see what the final proposals look like before backing projects.

“EU leaders have to incentivise renewable energy investments in wind and solar. Europe needs faster, more competitive and better-connected energy markets to make them work for renewable energy technologies that are needed to drive decarbonisation,” said the WWF’s Lübbeke.

“Failing that, we risk going from a world leader to a world laggard in renewables.”

China is predicted to deploy the most renewable energy, with an additional 305GW of renewable capacity by 2021. That is a 60% increase in cumulative installed capacity, which is more than was predicted in the last IEA report.

The IEA said the increased growth was motivated by concerns over air pollution and a favourable policy environment through binding targets.

China set a target of 200GW on wind power in the energy mix by 2020 as part of its climate pledge to the Paris Agreement. Onshore wind, solar and bioenergy is growing, while hydropower is slowing.

Imports of Chinese solar products to Europe are controversial. Some argue that the cheaper panels are being sold at artificially low prices, while others advocate removing trade defence measures against them because they make the transition to a low carbon economy harder and more expensive.

Europe is the most solarised region in the world, but deployment of technology needs to be stepped up if the bloc is to meet its climate commitments.

The US has become the second fastest growing market for the first time, mostly through wind and solar. It is expected to add 107GW of new capacity.

American policymakers, for example, have extended tax credits for wind power for another five years, which gives investors certainty.

“This is a wake-up call to Brussels and member states for Europe to get its act together,” said Oliver Joy of trade association WindEurope.

“Europe is coasting while the US, China and India all commit to ambitious plans for wind energy,” he said, “It’s been clear to us for some time that Europe’s leadership is slipping through the net.”

Joy said that EU and national policymakers needed to take their cue from other nations. “Solid commitments to renewables in the upcoming market design and renewable energy directive proposal would be a good start,” he said.

China and the US have an advantage over the EU when it comes to deploying solar as they are countries rather than an association of member states with varying national rules. 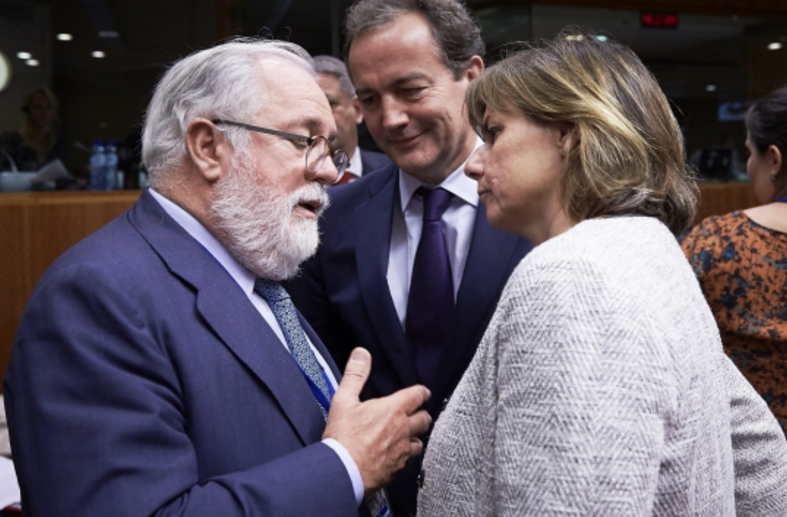 The European Commission today said that it welcomed Chinese and American progress on renewables but did not accept it was “slipping behind”.

Spokeswoman Anna-Kaisa Itkonen said that most member states are well on track to meet their 2020 climate and energy targets.

“Only three member states are slightly behind in meeting these targets,” she said at the Commission’s midday press briefing.

Commission projections used when preparing EU legislation predict the bloc’s renewable share to rise from the current 28% to 43% by 2030. That forecast is based on a business as usual scenario.

euractiv.com asked if the executive planned to increase the 27% 2030 renewables target when revising the Renewable Energy Directive to accelerate renewables deployment.

Itkonen said the work was still ongoing. “You will be able to see the fruits of our labour once we take the decision,” she said.

“I am pleased to see that last year was one of records for renewables and that our projections for growth over the next five years are more optimistic,” said the IEA’s Birol.

“However, even these higher expectations remain modest compared with the huge untapped potential of renewables.”

The United States has joined China to formally ratify the Paris agreement to curb climate-warming emissions, the world's two biggest economies said on Saturday, which could help put the pact into force before the end of the year.