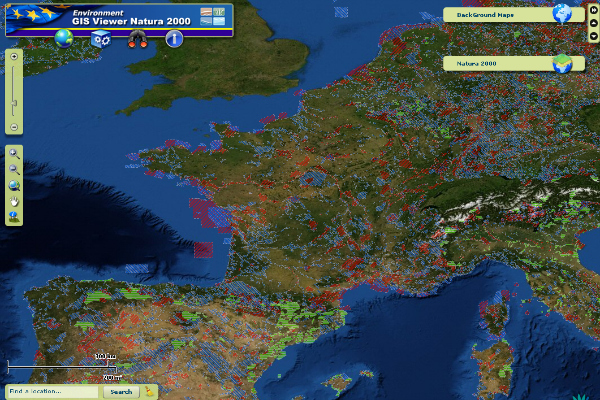 The European Commission has announced an initiative aimed at halting the decline of biodiversity in developing countries, but conservationists say that the EU is failing to protect its most species-rich regions.

The Commission released the new initiative on the International Day for Biological Diversity (22 May). The initiative, B4Life, will be financed from Global Public Goods and Challenges (GPGC), an EU programme designed to cross-cut development aid with environmental protection, and ensure compatibility between regional and national development aid initiatives.

Andris Piebalgs, the development aid commissioner, said: “We have already agreed with our EU partners development is not sustainable if it damages the environment, biodiversity or natural resources.” The budget is about €800 million for the 2014 to 2020 period, some of which will also be used to fight wildlife crime, such as poaching.

The Commission, the EU’s executive, also announced the winners of its Natura 2000 awards, a prize for people working in or for the EU’s natural heritage sites.

The winners included a project to save the imperial eagle in Bulgaria another to reconcile a dispute between landowners, nature conservation organisations and authorities in Belgium.

Birdlife, a conservation organisation, said that many sites in the Natura 2000 network were still under threat from habitat deterioration and destruction and the lack of enforcement of EU habitat rules.

“While it’s crucial that the EU supports global conservation efforts, it must also put its own house in order,” said Ariel Brunner, Birdlife’s head of policy.

“We have some of the best nature legislation in the world – the EU Birds and Habitats Directives – but protected sites are still systematically destroyed because of the lack of implementation of these laws,” he added.

The EU executive also discussed the results of Mapping and Assessment of Ecosystems and their Services programme to monitor the exploitation of the EU’s natural resources. The programme is a part of the EU’s 2020 Biodiversity Strategy.

Thursday 22 May marked the International Day for Biological Diversity. The European Union has a number of programmes to protect its biodiversity, such as the Natura 2000 network of protected areas. The network was established under the 1992 Habitats Directive and 1979 Birds Directive. It also covers the marine environment.

On 3 May 2011, the European Commission adopted the Biodiversity Strategy to halt the decline of biodiversity and ecosystem services by 2020. The strategy included a pledge to increase the EU's contribution to averting global biodiversity loss.

Biodiversity is one of the main concepts of conservation. As well as the ethical and personal attachments associated with biodiversity, it has economic value, according to the Commission. These may include food, regulation of the climate, the recycling of nutrients, raw materials and resources for medicines and other purposes, including housing.