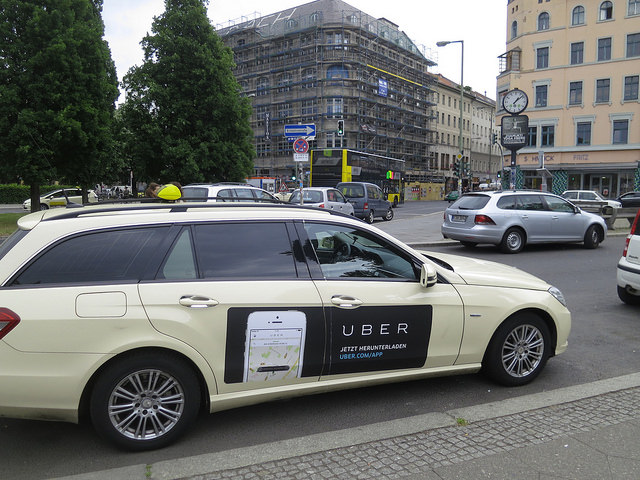 Uber was used an example of disruptive innovation at the launch of the report. [Alper Çu?un/Flickr]

The European Commission’s new proposal for a circular economy will try to exploit the disruptive power of tech innovation, such as Uber or Airbnb.

Environment Commissioner Karmenu Vella told EURACTIV today (25 June) that the new package of waste, incineration and recycling laws would have a digital aspect and was expected in the coming weeks.

He promised to resubmit a more ambitious version of the legislation before the end of the year. Since then details on the form of new rules have been sketchy, with little said beyond that it will include aspects of product design to improve recyclability and tailored targets for member states.

Vella was speaking in Brussels at the launch of a report that said a wave of disruptive technologies and business models could improve European resource productivity and reduce annual costs for food, mobility and buildings by €0.9 trillion in 2030.

Such a boon would boost the economy and create jobs, Vella said. He warned that the European Union was already “lagging behind” other economies such as China.

But the report warned that the increased resource efficiency could lead to greater demand in a “rebound effect”.

“There is still a lot of work to be done,” said Vella, “and that is why we want to be more ambitious with the [new circular economy] proposal to make up for the time lost.”

Asked if the new package would have a digital aspect, Vella said, “There will be but I cannot say too much because it is still under consultation […] hopefully we will have the proposal in the coming weeks.”

Uber, Airbnb and Alibaba were examples of how disruptive innovation could create growth without re-using precious resources, he said.

After it was pointed out that none of the tech giants mentioned were European companies, Vella said that highlighted the need to increase innovation to get Europe competitive.

He added the EU had some market-leading recycling and production companies, committed to the circular economy, which one day would become “just the economy”.

Growth Within: A Circular Economy Vision for a Competitive Europe was published today by the Ellen MacArthur Foundation, Sun and the McKinsey Centre for Business and Environment.

The report found that the digital revolution could have same disruptive effect on parts of food, mobility and buildings that it has had in the information sector.

The average cost per car-kilometre could drop by up to 75% through car-sharing schemes, electric cars and driverless driving.

Precision agriculture could improve water and fertiliser efficiency by at least 20-30%, the report said. Combined with no-tillage farming it could bring as much as a75% drop in machinery and input costs.

Buildings and industrial process could become cheaper by half compared to traditional construction and households could cut energy consumption by 90%.

The European Commission announced its Digital Single Market strategy in May. It aims to create more access for consumers and businesses for digital goods, create the conditions for digital innovation and maximising the growth potential of the digital economy.

While transport and energy use is mentioned specifically in the strategy, agriculture is not.

.@ellenmacarthur thanks to you! A real pleasure. Looking forward to developing our shared agenda #closetheloopEU pic.twitter.com/uQTp2gHHdh