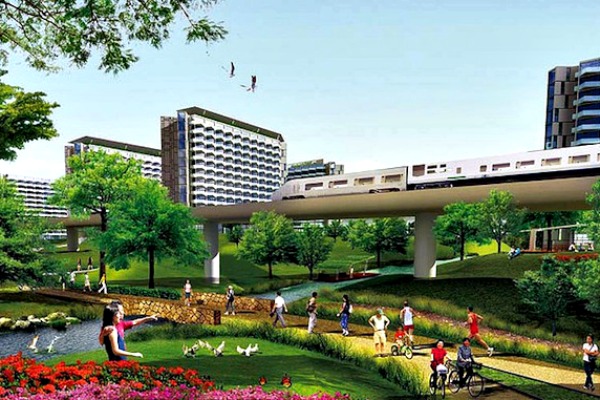 The 40% efficiency gain would also cut gas use by 42.2% and gas imports by 40% they say, a finding which will concentrate minds in Brussels, the day after Russia cut off gas supplies to Ukraine for non-payment of a €1.44 billion debt, which Kiev views as politically motivated.

The EU’s impact assessment estimates the economic effects of a range of efficiency targets – from none at all to the 40% figure – and in all models, the higher energy savings goals return the highest economic benefits.

“We know the contribution that energy efficiency can make to the 2030 objectives and the position of our minister is positive on this,” said another.

However, the UK and some eastern European states are less enthusiastic, viewing a higher target as a costly drag on economic growth.  An official from the UK’s Department of Climate Change recently said that a binding efficiency target “would not be acceptable to the UK as it could force EU member states to implement measures that are not cost-effective and have negative consequences for the carbon price.”

In the impact assessment, the EU’s number crunchers say that electricity price increases for higher carbon-cutting targets would be real, ranging from €181/MWh by 2030 with a 40% energy savings target, to €179/MWh with a sole 40% greenhouse gas target.  Electricity prices across Europe in 2010 were €134/MWh.

But British consensus against an efficiency target has been challenged, with the country’s 1.3 million member-strong public sector workers’ union Unison, last week urging a free nationwide energy audit of homes as an alternative to the government’s preferred strategy of a dash for gas.

The EU Commission President José Manuel Barroso will host a meeting with his fellow Commissioners tomorrow (18 June) to discuss the report, ahead of its journey into the inter-service consultation process.

At this stage it is unclear how much support the UK has for its opposition to an energy saving target and much may depend on whether final metrics to calculate the goal are defined in terms of energy intensity – energy output as a proportion of GDP – or energy efficiency, which involves absolute cuts to energy usage.

A French ‘non-paper’ on 2030 targets, which EURACTIV has seen, calls for “an ambitious European proposal on energy efficiency,” complete with details for funding through the European Investment Bank and International Financial Institutions.

The proposal should “step up and accelerate measures to apply eco-design and energy labelling directives, so as to respond to the mass development of household electrical appliances in recent years,” the paper says.

A separate internal Swedish government memo on energy dependence, also seen by EURACTIV, calls for ambitious efficiency measures and echoes the International Energy Agency in describing it as the world’s “first fuel” – the one that is not used.

“The accumulated energy savings from efficiency measures in a single year can exceed the output from any other single fuel source,” the memo says. “Energy efficiency makes economic sense.”

It calls for the heating sector to be given special attention, singling out “upgrading and expanding cost effective district heating systems” particularly in eastern Europe, where buildings tend to lose up to half their heat due to aging designs.

Ukraine’s energy intensity is 11 times higher than the EU average, it notes, a situation sustained by heavy importing of Russian fuel.

As a whole, Europe currently imports €421 billion of fossil fuels annually, a growing sum which would translate to the exhaustion of the continent’s independent domestic fuel supplies by 18 June this year, according to energy savings campaigners.