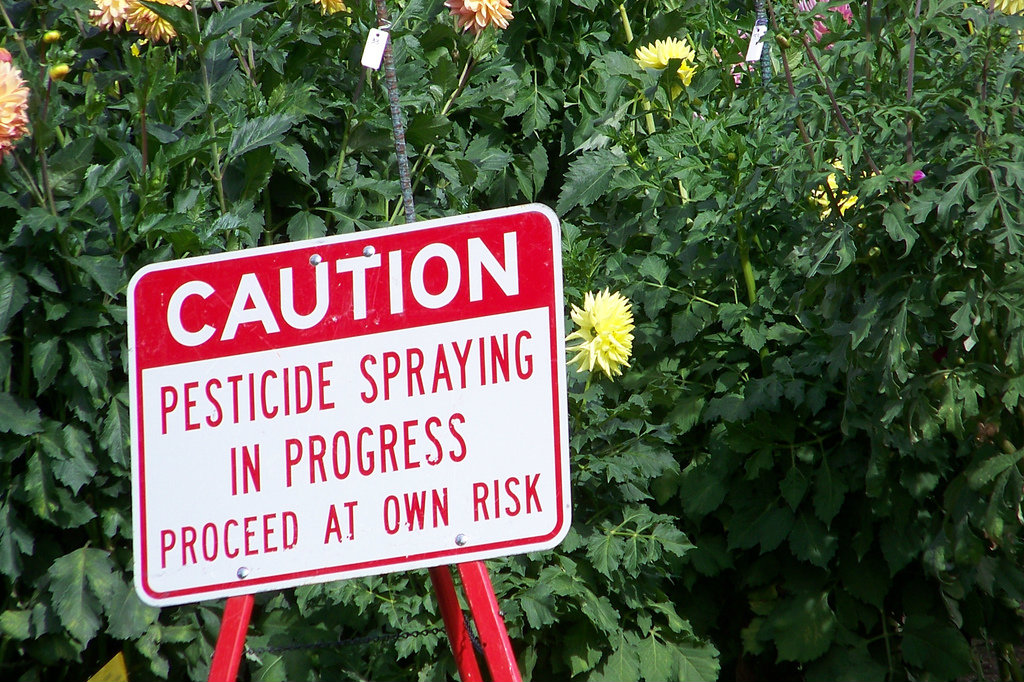 Hormonally active substances can be found in many pesticides. [jetsandzeppelins/Flickr]

Hormonally active substances have been blamed for conditions like infertility and cancer, but they can still be found in pesticides and every-day products like food packaging and cosmetics, causing the EU to discuss uniform regulation and attempt to balance consumer fears and economic interests. EURACTIV Germany reports.

Pesticides and food packaging, UV filters in sunscreen or preservatives in skin cream: all of these day-to-day products can contain hormonally active agents, which have been linked to conditions like infertility, abnormal development in children and cancer.

Even antibiotics, contraceptives, cleaning products and ship paints – which have been banned in the meantime – are likely to contain so-called endocrine disruptors.

“Many people think that all products on the market are safe, but that is not true”, said Bernd Schäfer from the Federal Institute for Risk Assessment (BfR) at an event in Berlin on Thursday (3 July). Especially cosmetics and materials that come into contact with food still lack sufficient information, Schäfer said.

Many fear these hormonally active agents could be hindering fertility among men or stunting child development in the womb or during puberty. Tumours in organs that are hormonally regulated have also been attributed to the substances. This includes breast and prostate cancer.

A 2006 EU research project indicated that endocrine disruptors do not only affect reproductive organs, detecting effects on the brain, liver, bones, fatty tissue and thyroid. The World Health Organisation (WHO) warned in a 2012 report that endocrine disruptors constitute a global threat. For several decades the organisation has observed an increase in health issues related to hormone systems.

Still no uniform rules in the EU

As a result, the EU has regulated numerous hormonally active substances that appeared to be hazardous. Maximum values have been defined for residue from pesticides in and on foods. These levels may not be exceeded and as long as these requirements are followed, no adverse health effects are expected for consumers.

Even lead in normal gasoline was completely forbidden already in 1988. But regulations up till now are by no means reassuring for the consumer – for various reasons.

The EU chemicals regulation REACH has been in effect since 2007. But it by far does not encompass all substances. Pesticides, cosmetics and water quality, for example, are still assessed under many different criteria within the EU.

For this reason, the European Commission is planning to draft an EU-wide uniform set of rules to identify endocrine disruptors. It was expected to be tabled at the end of 2013 but the dissent was too large.

The industry lies at one side of the discussion: “The economic damage should not become too large through the regulation of potentially hazardous substances”, said Gerd Romanowski from the German Chemical Industry Association (VCI). For endocrine disruptors whose threshold values are determinable, Romanowski argued, the use of a lower limit value should be allowed.

Critics of this position contend that the harmfulness of certain substances may not reveal itself until much later, even in offspring.

Karl Ernst von Mühlendahl, paediatrician and managing director of the non-profit Kinderumwelt GmbH, warned against waiting until the harmfulness of a substance has been proven by illness or mutations in the genome.

“Particularly the prenatal influence of chemicals is alarming”, said Mühlendahl. “New research shows that endocrine disruptors can also be harmful in very minimal dosages.” But scientists will not be able to provide any certain data in the coming years over incidents that occur before birth, he indicated.

Other researchers also indicate that a clear causal relationship between the result and the effect of endocrine disruptors remains difficult to pin down. A whole mish-mash of substances consisting of food and the environment can all affect the body.

For one thing, Schäfer indicated, science does not know all the individual substances and it also cannot adequately assess all the reciprocal reactions they have between each other.

‘Politicians should orient themselves according to the majority’

The ongoing debate is demanding a balancing act from EU and national politicians – between a general ban and very cautious regulation.

“Politicians should orient themselves according to the opinion of the majority in science”, Anja Weisgerber from the conservative Bavarian Christian Social Union advised. Weisgerber has been a member of the Bundestag committee on the environment and nature conservancy since 2013.

Particularly with regard to pesticides, Weisgerber said, there is a conflict between the question of how consumers can be provided with adequate and affordable food while protecting their health at the same time. Even the consumers have different demands and needs in this regard, she said.

“There are those, who are completely against risky substances. But, on the other hand, many want as little imported products as possible, moderate prices and foods that are free of pests,” Weisgerber explained.

In the end, Weisgerber said, the interests of the industry and agriculture must be considered just as much as the health of consumers.

“Nevertheless it must be clear that politicians should take the dose and effect into account during the approval of endocrine active substances.” Regarding the regulation of hormonally active substances, it must first be decided which substances should be completely banned because they are already harmful in small amounts, said Weisgerber.

But a significant problem remains – even if more substances are banned or are more strictly regulated. Alternatives must be found for the forbidden substances, she reminded.

Meanwhile, environment sociologist Ortwin Renn from the University of Stuttgart, warned that substitute substances could very well turn out to be even more harmful later – not least if they have not been adequately tested beforehand.

“For this reason”, said Renn, “we need more state researchers, instead of continuing to reduce money for toxicology, epidemiology and public health.”

Rising levels of cancers and fertility problems have attracted scientists’ attention to endocrine disrupting chemicals, with some calling for strict regulation of the substances, in line with the precautionary principle.

Others meanwhile, stress the worthiness of those chemicals in everyday products such as plastics and warn that the foundations of science risk being turned upside down if precautionary measures are taken.