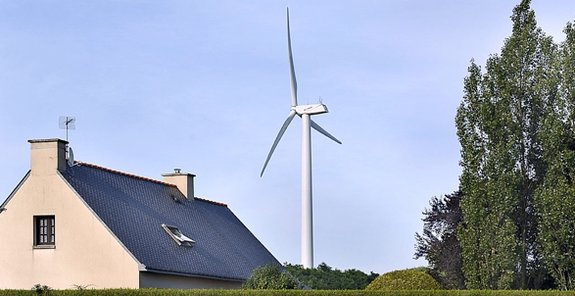 The French multinational company Cap Gemini warned in their European Observatory of Energy Markets that energy security in Europe was under threat and that the region could soon be exposed to massive power outages during the winter, due to a lack of production capacity. They blame wind turbines.

The report authors said that the development of renewable energies pushed by the EU's climate and energy goals was “now putting the competitiveness of gas plants under pressure.”

Renewable energies have a low production cost, even if their investment costs are high.

In the event of a storm in the North Sea, for example, other energy sources become practically useless or their prices could even fall below zero.

In 2012, energy prices spikes during rush hours decreased on average and negative spikes were observed for more than 70 hours in Europe.

As a result of the measure, 60% of European gas plants could be shut down by 2016, according to the Colorado-based IHS institute.

However, according to the Cap Gemini report, “these plans – vital to ensure supply security during rush hours – are being replaced by renewable energies, that has a much more volatile production”.

When it comes to carbon, prices that are too low have a negative effect on investment in the sector.

Cap Gemini suggests that that the capture and storage of CO2 is only profitable from a CO2 price per ton of 40 to 55€ per ton for coal plants to be profitable and 80 to 110 €/ton for a gas plant.

The solution, according to Cap Gemini, would be to introduce a price floor, as the UK has done. The price of CO2 is directly reflected in the wholesale price of electricity, thus the increase will be automatic.

The increase of the price of carbon is expected to favour gas over coal, which requires larger quotas.

The authors called for a model of retail market that limited the increase of subsidies and “to define a reasonable rate of growth of renewable energy”.

The report was carried out with VaasaETT, an energy consultancy firm, and the Exane BNP Paribas bank.

The targets were endorsed by the European Council in 2007 and implemented through the EU’s 2009 climate and energy package and the 2012 energy efficiency directive.

9 responses to “Europe threatened by power outages this winter”