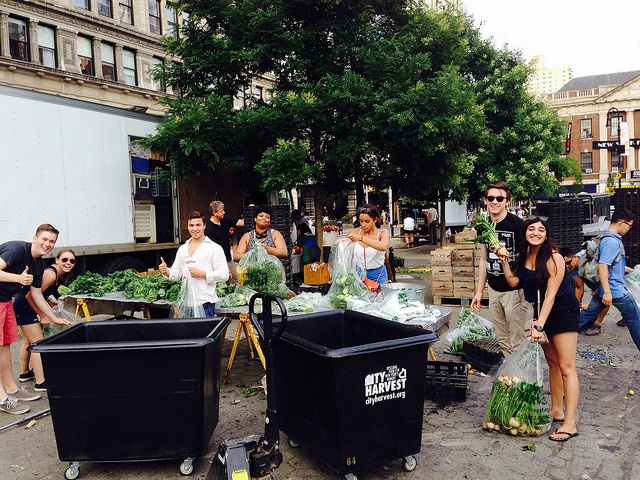 The European Parliament on Thursday (9 July) urged EU countries to cut down on waste by getting supermarkets to give their unsold food to charities, rather than destroy it.

Under a resolution regarding the “circular economy”, lawmakers in Strasbourg adopted an amendment whereby they “invite the European Commission to encourage the creation, in member-states, of conventions enabling the food retail sector to distribute unsold products to charitable organisations”.

“This is a first step in the fight against food waste in Europe,” said Angelique Delahaye, the French member of European Parliament who proposed the amendment.

A law has already been introduced in France forcing supermarkets to give leftover food to charity, after a crusade against food waste by local councillor Arash Derambarsh.

The councillor dreams of seeing legislation like France’s adopted at a European level.

“We see people are starving with the crisis in Greece, the problems in Portugal, Spain, Italy. We can not continue like this,” he said.

In Europe, up to 50% of edible food - an estimated 89 million tonnes - is wasted each year, according to the European Parliament, which called for urgent measures to address the issue. Waste can occur along the whole food supply chain - including supermarkets - but most waste comes from end consumers such as households and restaurants.

In a resolution adopted in January 2012, EU lawmkers called on the European Commission to halve food waste by 2025, by adopting a comprehensive range of measures.

The EU Waste Framework Directive (2008/98/EC) is intended to spur recycling and reuse of products, and requires EU countries to separate bio-waste – such as food throwaways and garden clippings – and to provide composting facilities.

However, compliance varies widely, especially between wealthier northern countries and the newest EU members, Bulgaria and Romania, where recycling programmes are still embryonic.

On the consumer side, many can throw away food because they feel it is no longer safe to eat. Labelling is often misinterpreted due to the lack of understanding on the distinction between the 'best before' date (quality criteria) and the 'use by' date (safety issue).

>> Read: Netherlands, Sweden call for review of ‘best before’ labels

One of the solutions the European Commission is looking into is to make that distinction clearer. On the retail side, tax exemptions might also encourage supermarkets to organise donations to food charities instead of discarding it.