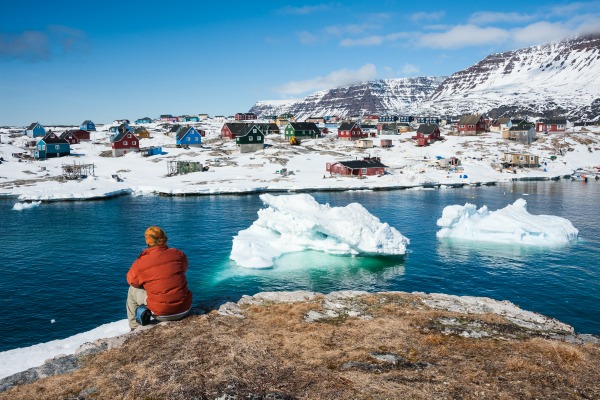 Greenland does not have to look to oil and uranium in order to find funding for its future, according to a new report by Greenpeace.

In ten years time, Greenland will need an extra €80 million to finance schools and care for the elderly, as its DKK3.6 billion (€482 million) annual subsidy from Denmark will not be enough.

The government in the Arctic country, a former Danish colony of 57,000 citizens, has sold licenses to foreign oil drilling companies, hoping that this will help cover the funding gap.

However, a new report by the consultancy Rambøll, commissioned by Greenpeace, recommends that Greenland focus on sustainable economic solutions such as fishing, tourism and mining instead.

"With this report, we wish to set a new agenda and show that this society has lots of opportunities when it comes to economic development and creating jobs without putting the sustainable development at risk," Jon Burgwald, spokesperson on the Arctic at Greenpeace Denmark told the news agency Ritzau.

Rambøll said that even without oil, Greenland would be able to find the necessary revenue, as there is, for example, an unexploited potential in fishing for new species, in new areas.

Tourism and agriculture are other areas with growth potential, according to Rambøll, but only if the politicians act now. Greenpeace added that Greenland should continue to look to environmental and climate-friendly solutions.

"We are not trying to give the green light to, for example, damaging mining projects, and we will continue to be critical of oil drilling and other kinds of predation, but at the same time we don't want Greenland to stand still either," Burgwald said.

Greenland and Denmark have been on a collision course the past year, over Greenland's desire to start offshore oil drilling and uranium extraction, after having had a zero-tolerance policy on radioactive substances for the past 25 years.

The Danes have been concerned about the environmental and security impact, though the governments in the two countries have decided to publish a strategy for uranium mining this coming autumn.

Greenland is a self-ruled territory of the Kingdom of Denmark. The world's largest island, it is about half the size of the EU.

Around 57,000 people live in Greenland, making it the least densely populated country in the world. Only 44 politicians are in charge of the country (including ministers, MPs and mayors).

Greenland was granted home rule in 1979, but the Danish government is still in charge of foreign affairs, financial policy and security - including defence, police and justice. Denmark provides a subsidy of 3.6  billion crowns (€482 million) per year.