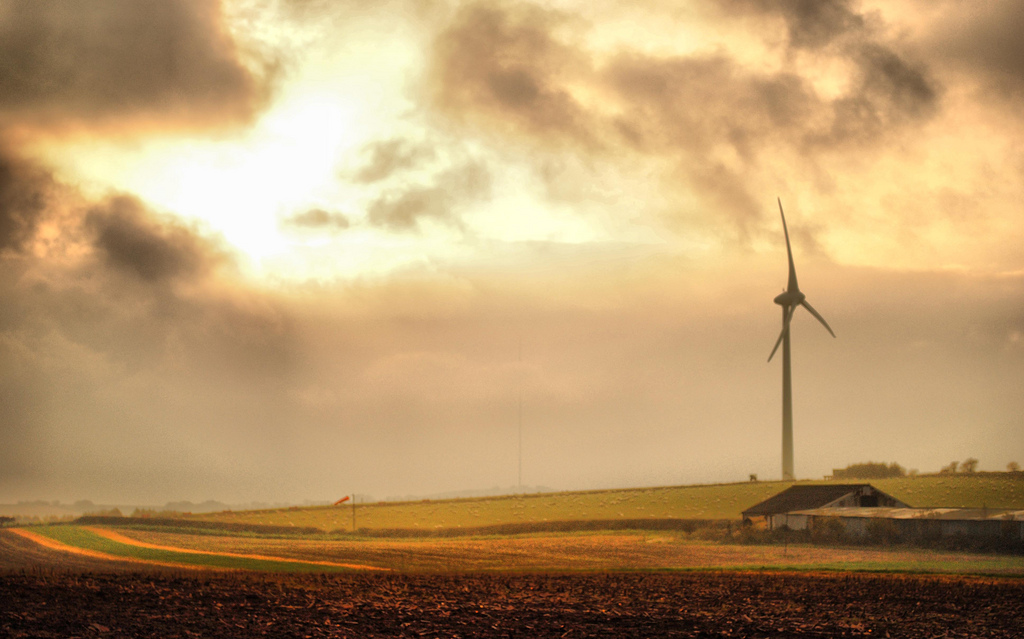 Divestment is part of a multi-pronged attack on carbon emissions, further strategies entail doubling or even tripling reliance on renewables. [Nicola Jones/Flickr]

Environmental protestors have met in Paris to discuss how they can undermine the energy industry’s investment plans in fossil fuels. Their goal: the drastic reduction of CO2 emissions. EURACTIV’s partner Tagesspiegel reports.

In a dark suit and blue tie, Bill McKibben stands on the stage and announces that, “I’m normally a bit rude.” On Tuesday (1 September), at the European Greens’ conference in Paris, he describes how “the most powerful industry in the world”, namely the oil, gas and coal industries, must be weakened, in order “to prevent the overheating of our planet.”

Three years ago, the American environmental activist started a campaign with his 350.org organisation, which aims to persuade universities, churches, cities and foundations to withdraw any money that they may have invested in oil companies or coal mines, due to their impact on the climate. To describe this process, 350.org coined the term ‘divestment’.

The term is being used more and more. Over a trillion dollars of investment has been withdrawn thanks to the campaign, claimed McKibben.

A large part of this sum came from Norway’s state oil fund, which earlier in the year decided to drastically reduce its investment in the fossil fuel industry. It is remarkably similar to the Rockefeller family’s decision to sell its investments in fossil fuels and reinvest in clean energy.

After finding its feet on the campuses of various American universities, the campaign has now moved worldwide. McKibbens went on to say that, “In the US, the state doesn’t do much for education. The universities need a lot of resources in order to survive at all.” Students are completely on board with the idea of investing this money in a future worth living and are easy to inspire.

That won’t work in Germany in the same way, thinks Reinhard Bütikofer, a Green MEP and co-organiser of the conference. “The best translation for ‘divestment’ in German is: ‘Raus aus der Kohle!’ Basically, ‘Get out of coal!'” He has never seen a climate movement “spring up so quickly”.

Achim Steiner, head of the UN’s Environment Programme (UNEP), is not in Paris, but sent a video message from Nairobi to the conference, where roughly 500 people were in attendance. Steiner said that he could not call for divestment directly. That is because many UN countries are not yet ready for it. He was referring especially to oil-producing countries that are new to the industry, particularly in Africa. However, the challenge is to decarbonise the global economy, with the goal of reducing CO2 emissions to zero by the end of the century being “self-explanatory”.

In June, the G7 leaders announced this target at the summit in Elmau, Germany. Steiner pointed out that the amount of financial capital in 2014 directed towards renewables was $270 billion. This investment in wind, solar and hydroelectric power was significantly more than what was allotted to the development of fossil fuel sources.

The goal is clear: CO2 emissions must be cut. The Wuppertal Institute conducted a study on the decarbonisation of Germany, published next week, in which it does not state ‘if’ this should happen, but ‘when’. For Manfred Fischedick, one of the authors of the study, it is clear that the goal should be a carbon-free German economy by 2050. The question is how far-reaching the restructuring of the economy will turn out to be.

The challenging aspect of achieving a 95% reduction in emissions by 2050 is a foray into the hydrogen energy economy. This would entail recycling excess, renewably-generated energy in the production of hydrogen power, which could then be used for transport or heating, or in the processing of renewable natural gas. The “government target scenario” omits this technology for cost reasons, meaning that only an 80% reduction in emissions would be possible.

The Paris Conference on Divestment concentrated on how to undermine potential investment in the fossil fuel industry. Bill McKibben said that “the amount that is ‘divested’ is not the decisive factor. The crux of the matter is breaking the political power of the industry.” He couldn’t give any indication whether this strategy could be implemented in time to stabilise the climate, but McKibben did call upon people to “act quickly, so that we won’t be stuck in the middle of a crisis that we have been in for some time”.