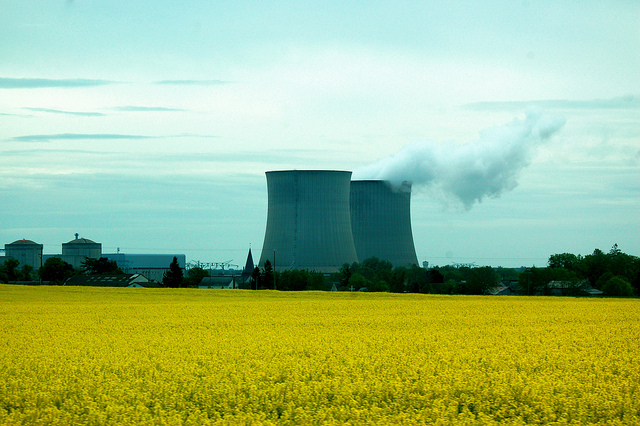 The French Union for Electricity (UFE), an industry trade group, sharply criticised the government’s energy transition bill, calling on EU-wide targets for 2030 to be adjusted on a country-by-country basis. EURACTIV France reports.

Although the bill was presented in late June, it will not be discussed in Parliament until the autumn.

“This bill does not respond to European concerns,” said the UFE’s delegate general, Jean-François Raux, claiming that EU priorities are shifting.

“The question of competitiveness and supply security certainty will take centre stage,” he said. “These are issues that cannot be separated from any energy transition legislation,” he said, adding that the UFE shares “many points in common” with the European Commission’s energy directorate on the matter.

On the whole, the UFE agrees with the new legislation’s goal to reduce CO2 emissions by 40% by 2030.

“However, other targets are not necessary or coherent,” Raux said, referring to objectives of the bill aimed at reducing the consumption of energy, fossil fuels, and ensure renewable energies represent 32% of energy consumption.

The UFE criticised the EU Commission’s 2030 policy framework for climate and energy, which inspired the French bill.

The government wants to halve energy consumption in France by 2050, an objective which is unacceptable for energy producers, who say EU objectives need to be adapted to the national context.

“Energy policies must be adjusted depending on the country. Saving on electricity in Germany means saving on coal,” said Raux, who wants the energy efficiency target to be replaced with an energy “intensity” goal.

Focus on petrol instead of energy efficiency

France is hesitant when it comes to energy efficiency and is trying to prevent targets from becoming legally-binding. The pan-European 2020 targets were not legally-binding and some countries are pushing for a more exacting framework to be adopted in the 2030 package.

For big energy producers, reducing the demand for energy is not desirable or feasible. The UFE refers to Sweden as a prime example. It developed a low coal consuming system using hydroelectricity, nuclear energy and thermal power stations accompanied with a coal tax. These measures still led to higher energy consumption per capita.

The UFE wants to directly target petrol rather than gas and electricity in the transition framework. Petrol represents 60% of CO2 emissions in France. This is largely due to the transport sector, yet the French bill concentrates on reducing emissions from the building sector.

France is set to miss its 2020 energy efficiency goal and lacks political will also for the 2030 targets.

“France believes that the targets should not be intertwined, that they are independent,” said a source close to the French government.

The French Green Party is split on the issue. Those in the European Parliament argue for a more critical stance on France’s new energy transition legislation.

But those in the National Assembly are in a more awkward position. On Tuesday (8 July), Denis Baupin and Michèle Bonneton, both Green MPs, asked questions about the future of the legislation, but did not question its overall design, despite its obvious environmental shortcomings.

Green spokesperson, Julien Bayou, is much more critical, especially in relation to the nuclear energy sector. In a tweet, he insinuated that the French energy champion EDF had been doing a good job at shaping the French law, saying: “the EDF lobby is good shape”.

Energy transition was central to François Hollande's presidential campaign in 2012. The bill has been long-awaited. France wants to be an example to other countries when it hosts the 2015 United Nations Climate Change Conference in Paris.

Thanks to its nuclear plants, it has much lower CO2 emissions than coal-dependent countries like Denmark or Germany. Energy efficiency has a bad track-record in France.