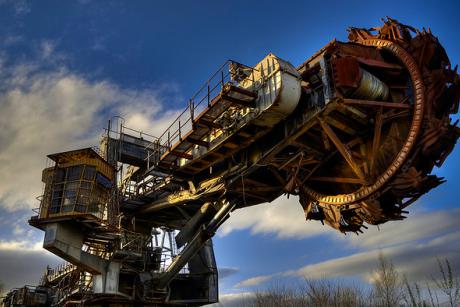 On many issues, the free trade agreement between the EU and Canada is caught in the crossfire. But if the agreement fails, Europe is likely to lose the race for economically essential raw materials, analysts in Germany and Canada predict. EURACTIV Germany reports.

Although the final text of the free trade agreement between the EU and Canada has been set for over one month now, critics are not giving up.

Among them is the organisation Campact, campaigning against the controversial arbitration courts and putting pressure on national parliaments to have CETA rejected in its current form.

But Europe’s politicians see CETA as the beginning of a new era.

By removing trade barriers, the European Commission is hoping for €12 billion in additional growth. And industry also has high expectations for the measure; Canadian raw materials are particularly important for Germany’s automotive, chemical and high-tech industries.

“Where do the batteries for our electric cars come from? What about the nickel for our airplanes? Demand for critical raw materials is growing and that is why CETA is so essential,” explained Tim Aiken, CEO of the Nickel Institute, at the EURACTIV Europe+Canada workshop last week. The Nickel Institute represents the combined interests of Nickel producers worldwide.

At the same time, Aiken warned against China, the sleeping giant seeking to challenge Western dominance in the competition for raw materials, and the fastest-growing economic power in the world.

“China is creating a competitive advantage by securing supplies of strategically significant raw materials through bilateral agreements with resourceful regions. At the same time, China is processing more and more while expanding engineering capacities for domestic and export markets,” Aiken explained.

According to Aiken, Canada and Germany are countries of excellence in complementary industries. Canada is a leader in mining and metallurgy, while Germany excels in industrial production, innovation and recycling.

“The two countries can learn a great deal from each other,” Aiken pointed out.

Canada as an “ideal business partner”

“We have a lot of space in Canada with a highly variable geology. Our raw materials include gold, iron, diamonds and we are also in an advanced stage of exploration for rare earths,” Chevalier said.

The Canadian government combines the country’s wealth of raw materials with a business-friendly fiscal regulatory framework, he explained, with long-term public investment in analysis of new mining sites, tax credits for raw materials firms, and low business tax rates at only 15% on a national level.

“We are successful and welcome foreign companies who want to invest in Canada long-term,” Chevalier stated.

The European raw materials industry experienced highs and lows over the past few years, including in the purchase of rare earths, which are indispensable for the production of high-tech products.

“Partly due to export quotas from China, we experienced a price peak for rare earths. More recently, we made a 180-degree turn and are pleased by the extremely low prices. But what we need is a long-term strategy that offers security for the industry,” said Dierk Paskert from the Raw Materials Alliance – a group of German companies from the automotive and chemicals industry aiming at ensuring security of the raw materials supply for the German economy.

For German industry in particular, Canada is a perfect partner, offering the country precisely the long-term prospects that it needs, said Paskert.

The importance of the German government for Canada was also emphasised by Thomas Gäckle from the German Economic Affairs Ministry, who said Germany is completely dependent on other countries with regard to access to industrial-related minerals.

Unfortunately, several countries created trade barriers in the past, leading to phases of interruptions in raw materials shipments, Gäckle commented.

This surprises German companies again and again, he said. “We need reliable partners and a European trade policy based on closer cooperation with different mining regions,” the Economic Affairs Ministry representative said.

Several medium-sized companies are currently active in Canada, extracting raw materials such as rare earths, he commented, but none of them ships raw materials to Europe.

“This is why we need CETA and the US agreement TTIP. Together we can connect and strengthen the transatlantic value chains,” said the government official.

The German Economic Affairs Ministry is convinced that after some legal scrubbing CETA will be ratified by the Bundestag within the coming months, Gäckle said. “At the end of 2015, CETA can take effect.”

Gäckles words echoed those of his superior, Economic Affairs Minister Sigmar Gabriel. Last week, Gabriel called on MPs in the Bundestag to approve the free trade agreement between the EU and Canada (CETA) – despite the controversial investor protection clause.

?Companies all over the world are competing for Canada's raw materials. The Dax-Konzern K+S serves as an example of a German company investing Canada, which has is 10 million cubic kilometres in size with 6 main geological regions. Canada is also a leader in mineral extraction and metallurgy for potash, aluminium, nickel, salt, sulfur and uranium.

The free trade agreement between the EU and Canada (CETA) is meant to intensify raw materials trade between the two partners. The 1600-page agreement was approved at the end of September and must now be ratified by national parliaments in the coming months.