The executive wants to increase recycling rates of municipal waste across the EU to 60% by 2025, rising to 65% in 2030, as it tries to create an economy where as little as possible is wasted in a world with finite resources.

But, according to a document circulated among diplomats’ working groups and obtained by euractiv.com, Germany wants to bin any recycling targets for at least three years.

Campaigners warned that if new targets were put forward 36 months after the package enters into force, they could be lower. Voluntary measures had failed in the past, they said, and any new targets would need a new bill, meaning a lengthy legislative process would start all over again.

Germany is Europe’s top recycler, according to Eurostat, and has already hit the 2030 target. But recycling rates vary widely across the EU.

Sources said that Cyprus, Latvia, Lithuania and Bulgaria support Berlin’s idea, while the UK, Italy, Finland and Greece, are open to considering it. That could not be independently confirmed.

There are fears Germany’s stance will have a chilling effect across other rules in the draft package of six bills on landfill, waste, packaging, end of life vehicles, batteries and accumulators, and waste electronic equipment.

Stephane Arditi, of the European Environmental Bureau said, “If it is confirmed that Germany is calling for no targets at all, then this would be a major mistake, depriving industry and the economy of the legal driver they need and sending a bad signal to other EU member states that are not at Germany’s level in terms of waste management.”

Industry sources agree targets are essential to drive recycling rates, particularly in Eastern EU countries where there is little infrastructure for waste collection and treatment. In the PVC sector, a voluntary program has helped recyle 500,000 tonnes of PVC until now. The objective is to reach 800,000 tonnes by 2020.

“Targets are important because they give us an objective to reach for,” said Brigitte Dero from VinylPlus, a PVC industry coalition. “Targets can be extremely positive,” she told EURACTIV in an interview.

Tetra Pak, a food packaging company from Sweden, also supports targets, and even wants a ban on landfill for recyclable products like beverage cartons.

“One should aim high as we look towards 2030,” said Erika Mink, Vice President for Public Affairs at Tetra Pak. “For us, that means implementing the waste hierarchy, meaning that no packaging should go to landfill,” she told EURACTIV back in March.

However, she did admit that Eastern EU countries “may need a bit longer”.

“As producers, we face challenges to get enough collected in those countries. But they can also benefit from the experience of Germany or Belgium, which have a much higher recycling rate,” Mink said.

The Commission has already reduced the 2030 target by 5% from 70%, after withdrawing and rewriting an earlier version of the package, prepared under the previous Barroso administration.

It was controversially ditched in 2014 under the ‘better regulation’ strategy led by Commission First Vice-President Frans Timmermans. He promised the replacement bill, which was proposed in 2015, would be “more ambitious”.

The decision – opposed by national environment ministers – was partly made in a bid to get enough member state backing to get the package on national lawbooks.

The Council of Ministers and the European Parliament can amend the draft rules but must agree an identical text before the new Circular Economy package can become law.

MEPs are expected to amend the bill to restore the original 70% 2030 target, setting up tricky negotiations with the Council, if Germany gets its way.

Slovakia, which holds the sixth month rotating presidency of the EU, has said it will try to deliver a deal on the package before the end of its term in December. It has a municipal recycling rate of 6%.

The German paper questions the calculation method favoured by Commission officials in the package, which must ultimately be agreed by both the Council of Ministers and the European Parliament.

Berlin backs a different method and calls for it to be used for at least three years but only for data collection.

Only after that should the Commission consider whether or not to introduce recycling targets, the paper says.

It read, “One possible solution regarding the question of specifying targets is to introduce the new calculation method, to initially evaluate this on the basis of existing provisions on targets and to collect data and experience to determine the current status in the member states.

“On the basis of the experience gained with the calculation method, the Commission shall present proposals for targets three years after entry into force of the amended directive.”

Germany and Denmark back a method where a standard loss rate is set by the recycler. That percentage, representing the waste lost in the process, is deducted from the recycling figure.

That rate will vary across member states but the Commission favours a harmonised way of measuring recycling, which is based on how much waste enters the recycling process.

“Europe’s top recycler calling against a target they have already reached raises questions about the validity of their own statistics,” said Zero Waste Europe’s Rosa. 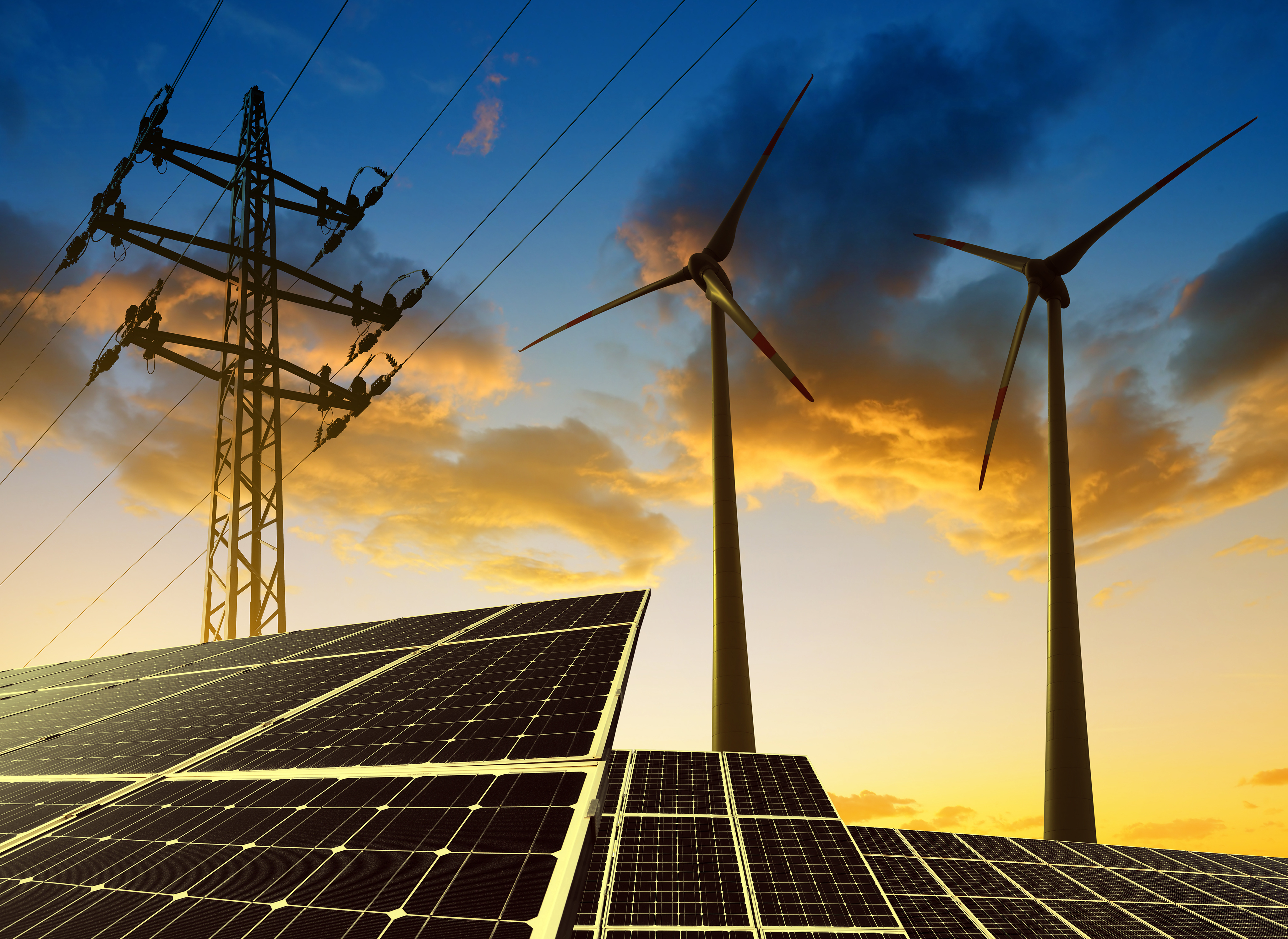 He told MEPs in December 2014 that he would withdrawing and re-tabling the package, to make it "more ambitious".

But the new package has lower 2030 targets for recycling municipal and packaging waste. For municipal waste, the new target is 65%, rather than 70%, and for packaging it is 75% rather than 80%.

Timmermans points aspects in the new package, outlined in an action plan, rather than a legislative proposal, that aim to encourage better design of products to facilitate easy recycling, as proof he kept his promise to MEPs.

Referring to eco-design, he said, “This package is much more ambitious than the previous because it is the full circle. The previous was only about waste.”

The Commission is particularly keen to stress its mandatory target of reducing landfill to 10% by 2030. The old package had an “aspirational” target of 25% by 2025. But it also had a 2030 total ban on landfill of recyclable and compostable waste.

Commission officials confirmed the 10% goal would include those types of waste. But the new proposal banned landfilling waste which has already been separated and sorted for recycling, they said. 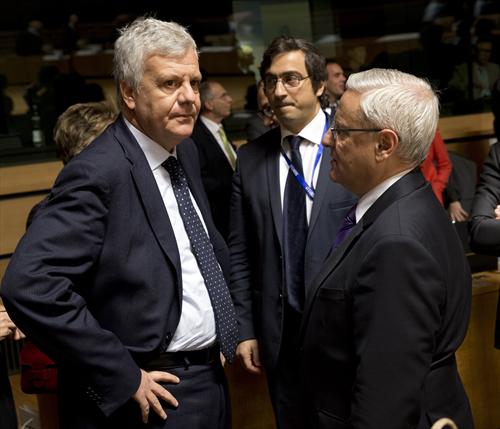 EU environmental ministers were unanimous in their opposition to the European Commission’s decision to withdraw the pending Circular Economy package, as part of the executive's drive for “better regulation”. 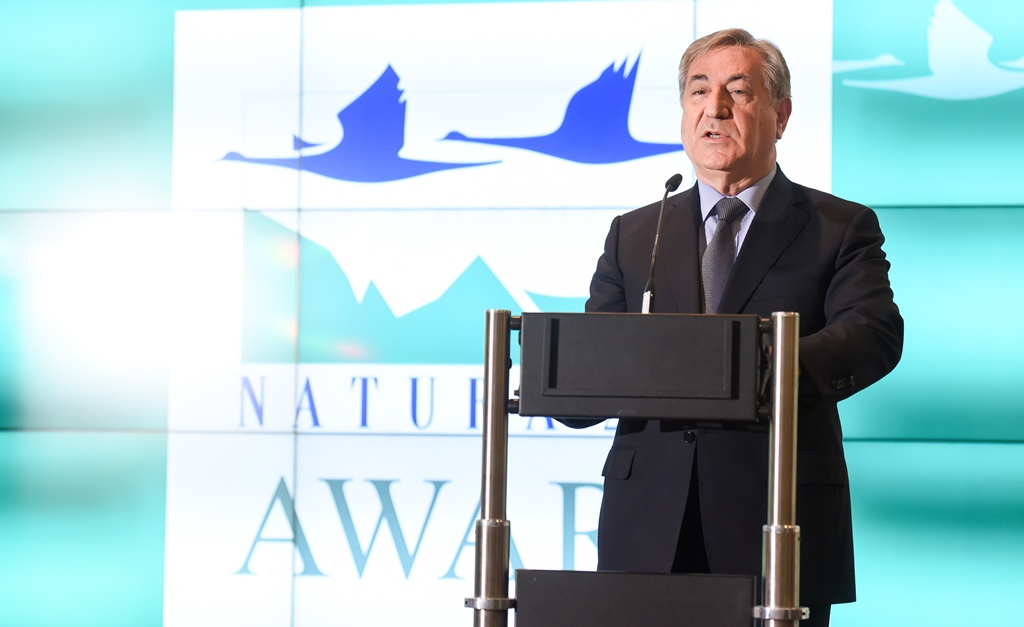 EXCLUSIVE / The European Commission's new Circular Economy Package will create 110,000 fewer jobs in the United Kingdom, Germany, Poland and Italy than the axed bill it has replaced, according to research obtained by EURACTIV. 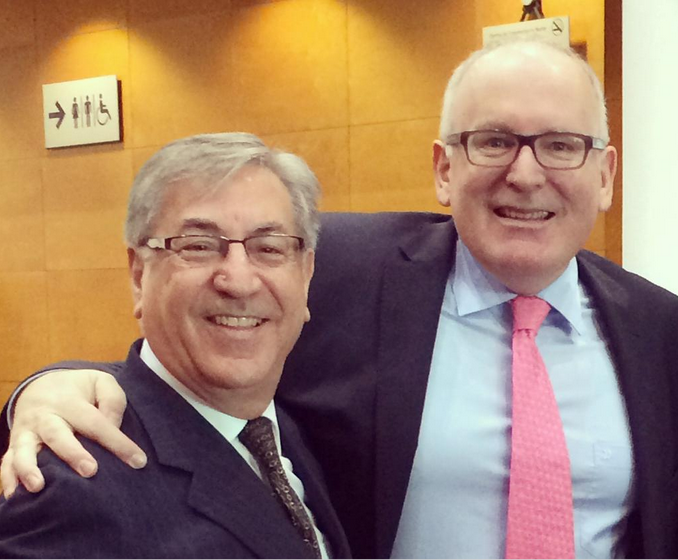