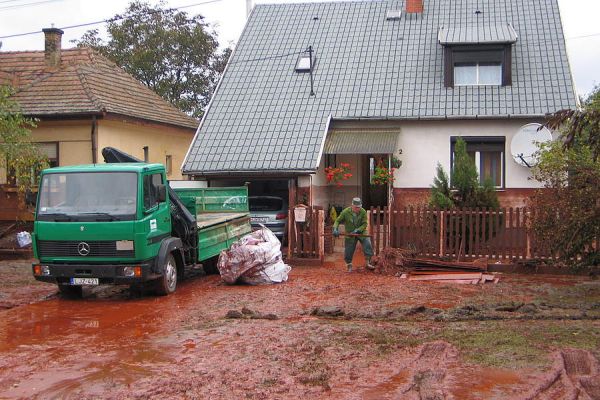 The programme, the European Water Stewardship, uses voluntary compliance among some of the biggest consumers of fresh water – including beverage manufacturers and paper mills – to promote conservation and improve water quality.

Organised by the Brussels-based European Water Partnership (EWP), the stewardship programme follows several years of efforts to enlist businesses and farm groups and to test pilot projects that cut water use without hurting productivity.

“What stewardship provides is a tool which measures sustainability with regard to water management,” said Friedrich Barth, vice chairman of the EWP.

The EU executive, which has declared 2012 the “Year of Water,” is preparing to review some of Europe’s water legislation and policies over the next year.

The Commission’s review will look at short-term needs and assess “whether existing legislation and policy can stand up to the kinds of pressures we can expect in the longer term on our water resources”, said Peter Gammeltoft, who heads the water unit in the Commission’s environment directorate-general.

The review will include the water framework directive and the 2007 policy on water scarcity and drought, plus a “fitness check” on all EU water policies, Gammeltoft said at the launch of the EWP stewardship programme.

But conservationists say voluntary programmes do not replace the need for strong regulations and enforcement, especially in the face of frequent violations of existing European laws and safety standards.

The Commission, for example, has repeatedly asked France to account for nitrate pollution that has caused uncontrolled expansion of green algae on its coasts.

A disastrous release of contaminated sludge in Hungary last year raised questions about the effectiveness of government regulation and industrial safety.

“We could definitely do more in terms of enforcement,” he told EURACTIV on the sidelines of the EWP programme launch.

A number of European soft drink makers and beer brewers have already pledged to sharply cut water consumption through methods such as using treated wastewater for industrial cleaning and reducing the width of cleaning nozzles.

But Moroz said companies also have to look beyond their manufacturing sites to their supply chains, to ensure that conservation measures apply throughout production.

The world faces a 40% freshwater shortfall within a generation unless measures are taken to improve agricultural, industrial and home efficiency, says a study by the McKinsey consultancy firm in London.

Agricultural demand alone could exceed available sources of sustainable ground and surface supplies by 2030, a period coinciding with rising food and biofuel demand, the study said. Despite ample rainfall in many parts of Europe, groundwater supplies face threats from pollution, including farm fertilizers, vehicle emissions and industrial waste.

The group’s stewardship standard, in the works for three years, is based on four key principles:

The voluntary programme is designed to promote sustainable water use by corporations and farmers, and to complement the EU’s Water Framework Directive and to help guide development of the EU executive’s Blueprint for Safeguarding Europe’s Waters.