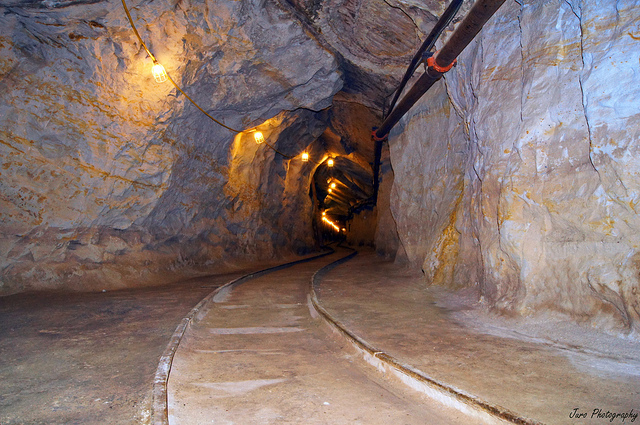 Industry representatives have called the Commission too “bureaucratic”, “prescriptive” and “conflicting”, saying that it ignores the negative impacts regulations have had on them.

“We have to prioritise industry and manufacturers as a key pillar for our economy,” said Adrian Harris, director general of European Engineering Industries Association Orgalime and chair of the Alliance for a Competitive European Industry. He spoke at a conference on (20 March) in Brussels.

“A complete supply chain is very important, and once we lose bits of this supply chain, it is very hard to recompose it,” he said, stressing that the current period of reviews and further legislation hamper growth in the European raw materials market.

Raw materials have seen a crunch in the past years, a trend that goes in parallel with the increase of world population. United Nations statistics show that the number of people on the planet has more than doubled in the last 50 years, and is set to hit nine billion by 2050, rising from seven billion, today.

“We are in a new super cycle of demand and consumers will need new products,” said Göran Bäckblom, of Swedish iron ore manufacturer and distributor LKAB. However, Bäckblom said that from a geological point of view, there is no scarcity of resources. “It is more of an economic issue.”

Indeed, many in the industry believe it makes little sense to start digging in a European mine when it costs much less to import the same materials from elsewhere. This situation has led to a market monopoly by China, which produces 97% of the world’s so-called rare earth metals and controls 70% of iron shipments.

Need for the regulation

“Everybody wants it light and everybody wants to be on board – this is not so easy to do,” said Gwenole Cozigou, from the European Commission’s raw materials unit.

Regulation, however, is needed as it can create a cyclical economy that would see materials being used efficiently, said Ernst von Weizsäcker, co-chair of the UN International Panel for Sustainable Resource Management. For example, the recycling rate of specialty metals used in high-tech products, which is now below 1%, could be improved.

“Nothing is going in the right direction if all is left to the markets,” said Weizsäcker. “But intervention should not be too bureaucratic,” he said, warning against the “too prescriptive” regulations.

“When we talk about a resource efficiency strategy, this has to be seen as a continued growth in our economy, but it does require a qualitative growth,” said Karl Falkenberg, director-general of environment for the European Commission.

A circular economy, with high recycling rates, could make the link between resource efficiency and the need for raw materials. This can be reached just by implementing existing legislation in Europe, which would in turn create around 400,000 jobs, Falkenberg added.

“Many waste fractions are leaking illegally outside the EU,” Harris of Orgalime said, as he blamed the eco-design directive for creating unfair competition among companies and being too prescriptive.

Nickel Institute President Kevin Bradley concurred that “the regulatory consistency and coherence with regards to critical raw materials and resource efficiency also needs to be cross-examined.”

EU environmental regulations could actually hamper metal recycling, he said. “They were designed so that we recover waste material, but now they are going somewhere else”.

An example of conflicting legislation could be the cobalt salts. They are listed under the Commission’s Registration, Evaluation, Authorisation and Restriction of Chemical substances (REACH) regulation, but can also be found on the EU’s critical raw materials list.

“We spend a lot of time on restrictions of hazardous substances. The reality is that in many businesses, it is impossible to do without certain substances unless there is a dramatic technological change,” Bradley said.

Green MEP Reinhard Bütikofer, in charge with the European Parliament’s report on an effective raw materials strategy for Europe, disagreed.

“Putting the materials under REACH creates transparency,” the German MEP said. “In Europe we are not moving by the Chinese model. If you exempt everything that scares from regulation, you end up in a jungle.”

The German MEP suggested developing a European industrial policy to strike a balance between the need to regulate the extraction of raw materials, and the need for new products. “We should not be afraid of regulations. We could link eco-transformation to industrialisation in Europe.”

EU industries, and particularly those active in telecoms, aerospace and other hi-tech sectors, are facing fierce competition for natural resources from emerging economies.

China and India are increasingly using raw materials from Africa and Latin America, which are home to some of Earth's largest reserves of minerals and metals.

According to the European Parliament, the price of non-fuel commodities rose by 159% between 2002 and 2008, metal and mineral prices by 285% and agricultural raw material prices grew 133%.

As a response, in November 2008, the European Commission presented a new 'integrated strategy' for raw materials (EURACTIV 05/11/08).

The proposed strategy suggested three pillars in its policy responses to those challenges, which could pose a threat to the competitiveness of European industry:

Another related component of the EU's response is the sustainable consumption and production action plan, launched in 2008 (see EURACTIV LinksDossier).