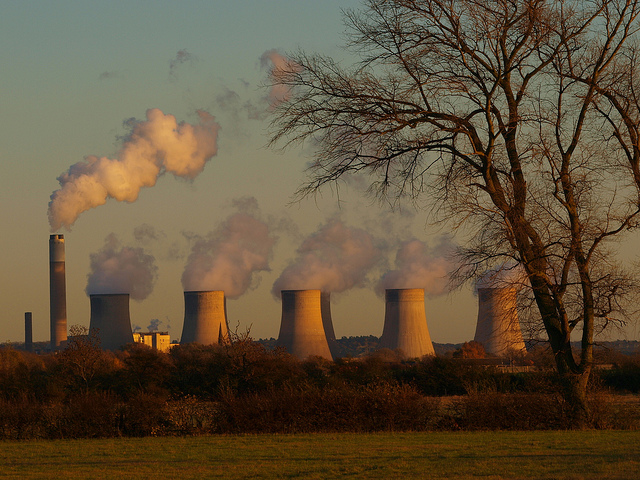 The NEC Directive was threatened with the axe, but Wednesday, MEPs debated the emissions bill. [John Bennett/Flickr]

Members of the European Parliament yesterday (21 January) debated air pollution rules for the first time since the laws narrowly escaped being axed by the EU’s executive arm.

MEPs in the Environment Committee today are set to hold a public hearing into the controversial ditching of the Circular Economy package of waste, incineration and recycling laws by the European Commission.

At an environment committee meeting yesterday, it was clear many MEPs were against the decision. But that is not expected to be enough to sway European Commission First Vice-President Frans Timmermans, especially as a joint resolution to save the package collapsed last week.

The NEC Directive sets national emission ceilings for certain air pollutants for member states. It was one of a slew of bills slated for the chop by Timmermans, tasked by Commission President Jean-Claude Juncker to cut red tape and deliver “better regulation”.

Timmermans ultimately held back on scrapping the NEC Directive. In December, he told MEPs it would be changed to make it more likely to be approved by the Council of Ministers and Parliament.

Campaigners believe that Timmermans backed down under pressure. To answer fears that the bill would be delayed, he later promised the legislative timetable would be respected.

Yesterday’s debate in the Parliament’s Industry, Research and Energy Committee was the first example of the timetable continuing as normal. The debate will feed into an opinion written by Socialist and Democrat MEP Adam Gierek.

While lead MEP on the bill Julie Girling, of the European Conservatives and Reformists (ECR), is under no obligation to follow the recommendations, the opinion will have some influence.

Today’s session hinted to the likely positions of the different political groups. The European People’s Party is the largest group in the Parliament, and Juncker was their candidate for Commission President in the European elections last May.

Henna Virkkunen, a Finnish EPP member, said, “I think the Commission’s original idea was better. The directive should have been withdrawn and we could have looked together at how to put together 23 different pieces of [environmental] legislation.”

In his draft opinion, Gierek deleted a non-binding emissions ceiling for 2025. The level of the ceiling was set at different levels, depending on pollutant and member states.

The Commission’s proposal set targets to be reached by 2030, with a binding intermediate target. That was a watered down timeframe. It originally set a 2025 deadline but that was extended by the last Commission.

Louise Duprez, senior policy officer on air pollution at the European Environmental Bureau, said, “Since the new Commission’s commitment to protecting the environment is at best questionable, it is up to MEPs and member states to show they are serious about delivering clean air to Europe’s citizens.

“Having binding targets for national emissions in 2020 and 2025 is essential if we want to meet that objective in 2030.”

Virkkunen warned that making the 2025 target binding could stop EU governments from approving the bill.

Michèle Rivasi backed a binding mid-term target. The French Green said, “It is essential that this directive is more ambitious. 2030 is far too late […] Looking at the emissions level, we should have levels that are far lower than is technically possible today.”

The opinion also argues that ammonia and methane – emissions from agriculture – should not be considered as part of the air pollution rules.

“We ought to include agriculture, not exclude it,” Rivasi said.

“Let me remind you that cows actually pollute more than Range Rovers and we should bear that in mind,” said Dario Tamburrano, an Italian member of the Europe of Freedom and Direct Democracy group.

The NEC Directive was the first time the Commission had tried to put a cap on ammonia and methane. Campaigners expect the full brunt of agriculture lobbying to be brought to bear against that part of the package.

Gierek said that the emission limits were now out of date. For example, he said, there were more and more diesel engine cars in Europe. European Commission representatives said that a separate regulation on diesel was in the pipeline and would “probably come out very soon”.

Girling’s report on the bill is expected mid-February. She fought to save her bill from Timmermans’ axe.

He told Girling that the bill will be tailored to the 2030 Climate and Energy targets agreed by EU leaders in October. But they would be made in the trilogues, meetings between the Council of Ministers and the Parliament.

The Commission sits in on trilogues, talks to broker a deal between the two institutions after both have separately amended the executive’s original bill. Both sides must approve an identical text before it can become law.

Timmermans has said that the Circular Economy package of six laws will be withdrawn and re-tabled by the end of 2015.

He said the new package would be more “ambitious.” But that has not convinced critics who suspect “better regulation” is being used to push a big business agenda.

Those suspicions were heightened after EURACTIV exclusively revealed that trade association BusinessEurope had sent Timmermans a hit list of environmental and gender equality laws it wanted killed off.

The Council of Ministers has also signalled its support for the package.

He has analysed pending legislation left over from the Barroso Commission and decided which should be dropped.

Responding to those calls, Timmermans announced that the Commission would ditch the Circular Economy package to replace it with “more ambitious” legislation in 2015, and change the NEC Directive, to ease its passing into EU law.