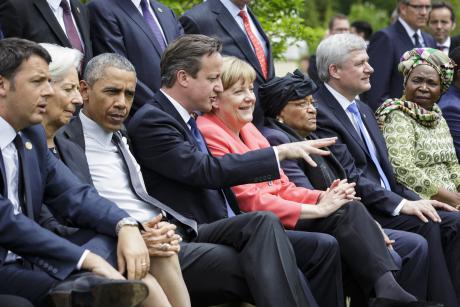 G7-host Angela Merkel and other world leaders at the summit pledged to combat climate change with the 2 degree target. [Bundesregierung/Steins]

G7 countries have agreed on a binding 2 degree target for limiting global warming but critics say it is a mystery how the plan is supposed to work, particularly in light of a worldwide coal boom, which Oxfam says is costing the Global South billions. EURACTIV Germany reports.

Despite crises in Ukraine and the eurozone, German Chancellor Angela Merkel was still able to push climate protection into the focus of the G7 Summit at Bavaria’s Schloss Elmau.

During the concluding statement on Monday (8 June), heads of state and government agreed on a binding 2 degree target to limit global warming.

Merkel said industrialised countries committed to reduce greenhouse gas emissions to zero and phase out fossil fuels entirely before the end of the century, a commitment hailed by environmental campaigners as long overdue.

“We commit to doing our part to achieve a low-carbon global economy in the long-term, including developing and deploying innovative technologies striving for a transformation of the energy sectors by 2050,” read the communique.

Policy is catching up with science. Slowly. And perhaps not enough. #g7 pic.twitter.com/MWf9WFKRJQ

At the UN Climate Conference in Paris beginning 30 November, all G7 countries will present their pledges to make their own contribution to the climate target.

According to their final statement, the G7 countries intend to insist on greenhouse gas reduction at least in the upper 40-70% range by 2050.

They however stopped short of agreeing any immediate collective targets for reducing greenhouse gas emissions, which the Europeans had pressed their partners in the club to embrace. But they said the Paris conference later this year should reach a deal with legal force, including through binding rules, to combat climate change.

G7 leaders also agreed on a fund for climate protection in developing countries, which is set to be stocked with $100 billion in public and private contributions.

They also pledged to promote renewables in developing countries: “We will make the Energiewende possible in Africa. The G7 are investing in a renewable energy capacity equivalent to ten large coal-fired power plants,” explained German Development Minister Gerd Müller.

“The summit sends a strong signal for a successful climate agreement at the end of the year in Paris,” praised Christoph Bals from the NGO Germanwatch.

Oxfam pushes for a coal phase-out

Meanwhile the development organisation Oxfam criticised the outcome as inadequate. “If the G7 really want to implement their decisions, they must take concrete measures – such as promptly initiating a phase-out of harmful coal,” said Oxfam climate protection analyst Jan Kowalzig.

A recent Oxfam study showed the devastating effects of coal power on the global fight against hunger. Without urgent action, emissions from G7 countries alone will result in €40 billion in annual costs due to climate damage and adaptations to climate change.

The report states that from 2080, 7 million tonnes of food will be lost every year thanks to emissions from G7 coal power plants. The Oxfam study assumes that global warming will increase by 3-4 degrees. 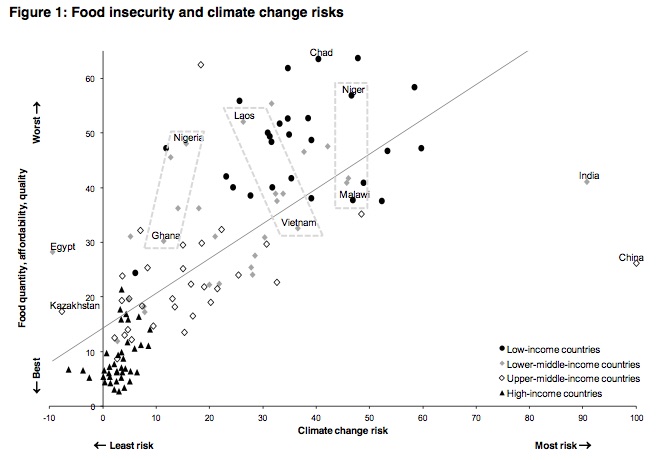 Five of the seven richest countries in the world – Germany, the United Kingdom, Italy, Japan and France – burned 16% more coal in 2013 than in 2009, while the developing countries reduced their greenhouse gas emissions.

The poorest countries of the Global South are particularly vulnerable to the effects of climate change, including extreme weather fluctuations, increases in the water level and crop failures.

Over 77% of climate-related deaths and 98% of people most affected by climate change live in developing countries, the Oxfam report said.

The connection between climate protection and food security has been recognised by the United Nations. In response, the international community wants to define Sustainable Development Goals (SDGs) at the UN General Assembly in September.

The SDGs are intended to replace the Millennium Development Goals, which were set by the United Nations in 2000 and will expire in 2015. Besides the fight against hunger and promoting good governance, combating climate change is expected to be among the new targets in the SDGs.

But in the upcoming climate agreement, the current proposals from the G7 countries will not be enough to tackle greenhouse gases that are harmful to the climate, said Oxfam analyst Kowalzig. “This lukewarm summit result will only make the fight harder, if not impossible.”

The German government’s first test of credibility on climate policy will take place over the next few days. During this time, the cabinet is planning to decide on the controversial climate fee for coal-fired power plants. But the measure is likely to be softened, if not completely dissolved, amid opposition from energy companies and unions.

For Christoph Bals the message is clear: “The Chancellor has got to finally put her cards on the table.”

The proposed Sustainable Development Goals consist of 17 goals and 169 underlying targets to guide international development priorities and collaboration up to 2030.

An analysis of the SDGs shows that the new post-2015 sustainable development agenda is relevant for human rights -and therefore for National Human Rights Institutions (NHRIs) - in several aspects:

Under the Paris Principles, NHRIs should be mandated to perform a broad range of functions. These can be generally categorised as research and advice; education and promotion; monitoring; investigating; conciliating and providing remedies; cooperating with other national and international organisations; and interacting with the judiciary.

Oxfam: "Let them eat coal. Why the G7 must stop burning coal to tackle climate change and fight hunger" (6 June 2015)