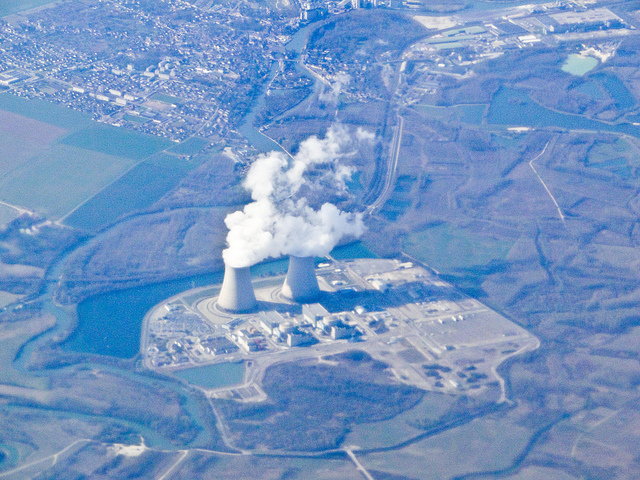 The French law on energy transition (30 July) is the “most ambitious in all of the European Union,” claimed Ségolène Royal, the French environment minister who presented the package on Wednesday.

It also outlines targets for 2050, such as reducing energy consumption by half and cutting CO2 emissions fourfold compared to 2012, in line with EU-level targets.

In terms of financing, Ségolène Royal organised a banking conference in June and secured €10 billion over three years to fund the energy transition. But environment protection organisations argue that €10 billion will not be enough (see positions below).

Adopted by the French Council of Ministers on 30 July 2014, the final draft of the energy transition law will be passed on to the French National Assembly and will be scrutinised by a parliamentary committee before it is examined in plenary session on 1 October.

Although the French targets for CO2 emissions are the same as those set by the EU Commission, the ambitious targets on renewable energy go above and beyond.

The European Commission’s energy and climate package for 2030, presented in January, set out targets to reduce CO2 emissions by 40% compared to 1990 levels and ramp up renewable energies to 27% of the bloc’s energy mix. These targets are Europe-wide, not national, and still need to be endorsed by EU leaders at their October summit.

According to Ségolène Royal, the law will make France “the country of environmental excellence” and give it more weight when national leaders debate the Commission’s proposed 2030 targets at the October summit. The discussion promises to be tense considering the diverging views on environmental policy across the 28 member bloc.

The summit discussion will carry an additional political element for France. Paris will host the UN’s 2015 climate conference, when governments from developed and developing countries will try to reach a world agreement to reduce global warming.

“France must be an example,” said the French minister.

On the domestic front, the French law confirms a previous commitment by president François Hollande to reduce the share of nuclear in the country’s energy mix. Indeed, the proportion of nuclear in electricity consumption is set to decrease from 75% currently to 50% by 2025.

A report by the electricity grid operator RTE, says nuclear energy accounted for 73.3% of French electricity production in 2013, while renewable energy reached 18.6%.

Unlike Germany, which decided to phase out nuclear power in the wake of the Fukushima disaster, French energy production will continue to rely heavily on nuclear.

“France has chosen to go with nuclear,” said Ségolène Royal, adding that it will remain the “linchpin of our energy mix”.

The law fails to specify how the proportion of nuclear energy will be reduced. The shutting down of Fessenheim, France’s oldest nuclear plant, has been announced a number of times. But the decision is not part of the law, which merely caps nuclear production at the current level of 63.2GW.

This means that the French government will have to close power plants if they want to open a European Pressurised Reactor (EPR) – like the one planned for Flamanville in 2016.

"Whether it be regarding medium-term objectives, building renovations, mobility or energy production, the bill makes some progress, but it does not provide the impetus to move towards a more sober energy model, which creates jobs, is closer to territories and pollutes less. We expect the parliament to smother the bill in all these areas," said Réseau Action Climat.

“The evolution of the nuclear portfolio is still not clear. Although the goal of reducing the proportion of nuclear in electricity production by 50% is now official, the means to achieve this have been postponed to future and subject to EDF’s goodwill”.

"In terms of financing the transition, the minister put the figure at €10 billion over three years in the form of tax credits, energy cheques and funds to support local communities, individuals, businesses and banks, particularly in the energy renovation or transport sectors. ADEME estimated annual funding requirements of an extra €10 to €30 billion" stated the WWF.

"The bill introduced today was generally consolidated compared to the version of 18 June, the idea remains the same. The minister shows strong support for renewable energy and wind power, we welcome that," said Frédéric Lanoë, President of France Energie Eolienne.

"This is a unique opportunity to show that ecological transition can create hundreds of thousands of jobs and is an opportunity for our economy. This text will be a big part of this five-year mandate and a finally a way to enter the 21st century. But only if it has the means to finance its ambition, which is estimated at €20 billion per year, and changes in tax and the regulatory landscape" said the Nicolas Hulot Foundation.

"This small piece of legislation shows ambitious goals that are distant and never supported by means to implement them," said deputy judge, Bertrand Pancher (Meuse).

"I back the 40% reduction of CO2 emissions target for 2030 [...] But I believe that the 30% reduction of fossil fuels (coal, gas, oil) target by 2030 is very ambitious. Efforts will be on the gas and oil because France already consumes almost no coal," Gerard Mestrallet, the CEO of GDF Suez, told AFP.

The energy transition was central to François Hollande's presidential campaign in 2012.

The bill has been long-awaited. France wants to be an example to other countries as it prepares to host the 2015 UN climate conference in Paris.

Thanks to its nuclear plants, France has much lower CO2 emissions than coal-dependent countries like Poland or Germany.

On the other hand, France has a relatively poor track-record when it comes to energy efficiency.