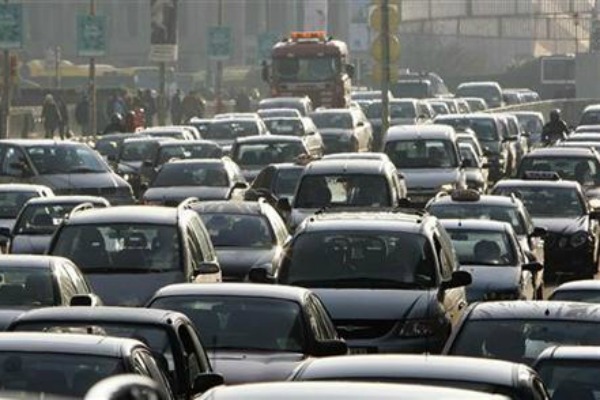 The cost of air pollution to the world’s largest economies runs into the trillions of euros, with emissions from road transport accounting for about half of the total, according to a study by the Organisation for Economic Co-operation and Development.

The study estimates the cost of air pollution to the OECD member countries and China and India, at $3.5 trillion (€2.6 trillion).

The cost to the OECD’s club of 34 “advanced” economies, which includes the majority of EU countries, is an estimated $1.7 trillion (€1.2 trillion).

Road transport accounts for an estimated 50% of the economic cost of air pollution in its member countries, according to a review of literature presented in the study. This was also the figure for the 24 EU countries included in the study.

The OECD, an influential Paris-based think tank, predicts that these costs will rise unless governments take action to limit vehicle emissions.

“The price we pay to drive doesn’t reflect the impact of driving on the environment and on people’s health. Tackling air pollution requires collective action,” said Angel Gurría, the OECD’s secretary-general, presenting the report at the International Transport Forum 2014 in Leipzig, Germany.

Air pollution has been linked to a number of common diseases, such as cancer, heart diseases and respiratory problems. More than 3.5 million people die each year worldwide from outdoor air pollution, with the number rising by 4% between 2005 and 2010.

The number of deaths diminished in the OECD countries. Europe also registered a fall in the number of transport emissions of particulate matter, including PM10 (24%), PM2.5 (27%), NO2 (31%) between 2002 and 2011, according to the European Environment Agency.

The reduction was due to the tightening of standards for emissions from cars, according to the OECD. China and India have adopted similar standards, but the number of vehicles on roads has outpaced the tightening of emission limits.

The think tank published a number of policy recommendations along with the study, including tightening emission standards, expanding bicycle-sharing and electric vehicle programmes, extending road charge schemes and phasing out preferential tax arrangements for diesel compared to petrol, for which Gurría said there was “no environmental justification”. Diesel emissions are known to be among the most harmful.