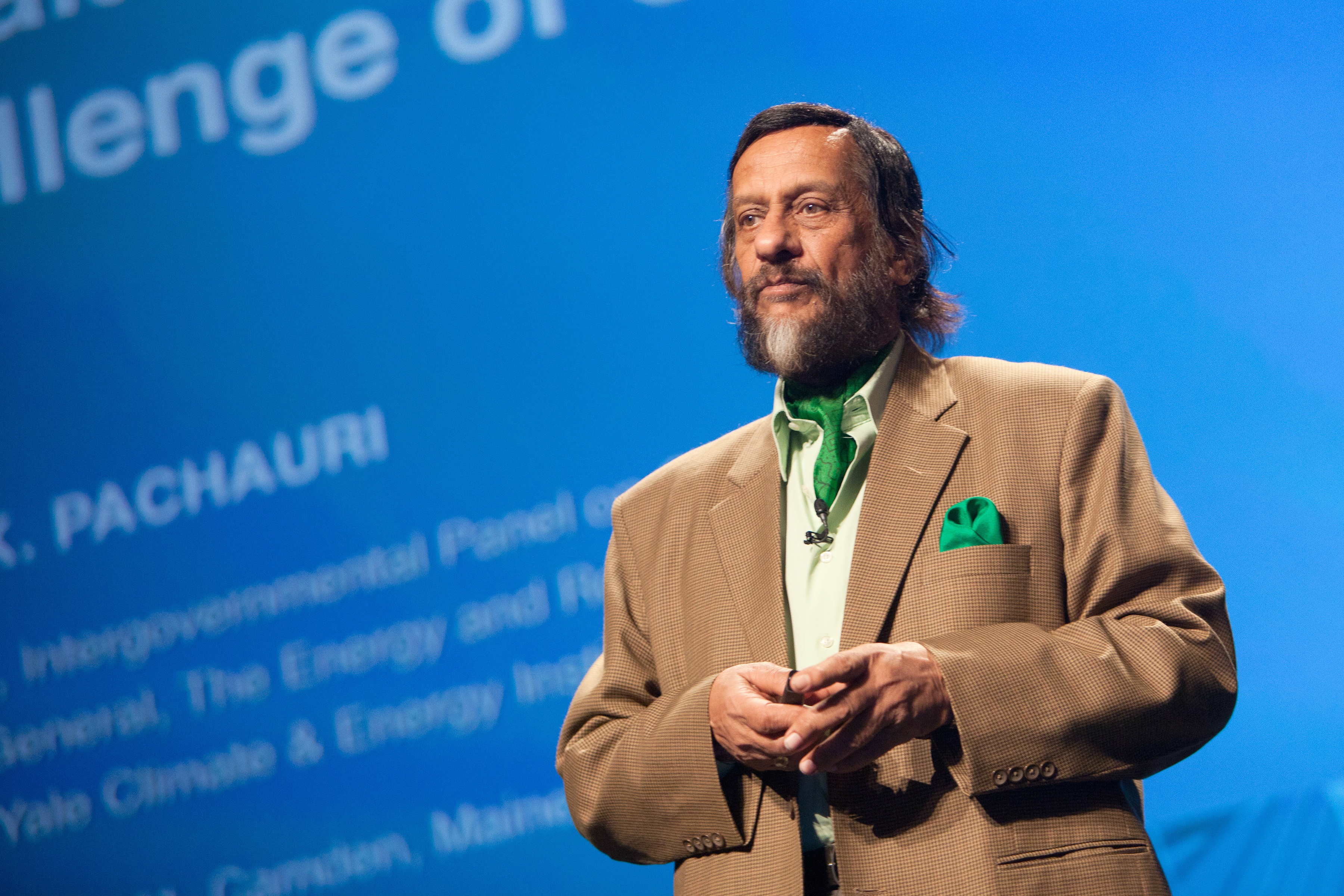 Rajendra Pachauri, the President of the IPCC, praised the EU for its climate policy. [PopTech/Flickr]

The President of the Intergovernmental Panel on Climate Change (IPCC) has called for urgent action against global warming. The French government wants to use the latest IPCC report as the basis for a political agreement at the Paris Climate conference in 2015. euractiv.fr reports.

The IPCC President, Rajendra Pachauri, praised the EU for its 2030 climate objectives, whilst appealing to the world to act on climate issues in Paris on Wednesday 5 November.

The scientist presented the findings of the 5th IPCC report at a meeting with the French Minister for the Environment, Ségolène Royal, and Foreign Affairs Minister, Laurent Fabius.

The report presents new findings on the climate, and the human impact on global warming.

“We are 95% certain that mankind is responsible for the increase in air and sea temperatures,” Rajendra Pachauri said, citing one of the discoveries of this latest report: the oceans have absorbed most of the extra heat that has been observed over the last 10 years, leading to a general rise in water temperatures.

This observation is both undeniable and “good news”, according to Pachauri. We still have time to build a stable and prosperous future, if we manage to reduce carbon emissions. But it will not be easy. In order to limit the global temperature rise to +2 degrees, CO2 emissions must be cut by 40 to 70% between 2010 and 2050, and the world will have to become carbon neutral by the year 2100. This scenario will be unattainable without an enormous joint effort.

Top marks for the EU

In an interview with euractiv.fr, the IPCC chief welcomed the EU’s target of reducing CO2 emissions by 40% by 2030, without criticising the fact that energy efficiency had been relegated to second place.

“It is up to individual governments and citizens to decide how they will achieve this. Energy efficiency is a solution that our societies must grasp. That applies to the EU and other countries around the world,” the scientist said. He was not forthcoming on the concrete solutions adopted by the EU for combatting climate change.

“The European Emissions Trading Scheme is an interesting experiment. I cannot say whether it has been a success or a failure, but the important thing is that the world has learned from the experience,” Pachauri added, taking pains to remain diplomatic.

A reference report for Paris Climate 2015

Laurent Fabius, the French Minister for Foreign Affairs, believes the report should be taken as the basis for an international agreement at the Paris Climate Conference in 2015.

“The IPCC report tells us three very simple, very important things: climate-scepticism is impossible; climate-fatalism is dangerous; and willingness to act is crucial,” the Minister said.

Laurent Fabius revealed the four domains on which France hopes the Paris climate agreement will focus:

1 – A legally-binding protocol aimed at limiting the global temperature rise to +2 degrees Celsius by 2050;

2 – A detailed plan of how each country plans to modify its economic model;

3 – The transfer of funds from North to South through the Green Climate Fund;

“The COP in Lima is an opportunity to create a first draft of the Paris agreement, and to advance the discussions on the commitments the different countries will make,” the Minister added.

The nature of the commitments will be at the centre of the debate. Some countries, such as China, have preferred to make commitments tied to the growth of their GDP and their population, rather than in absolute values, which makes comparisons complicated. The audit and verification mechanisms for CO2 emissions are also an extremely sensitive subject.

Despite the obstacles, Laurent Fabius believes in the possibility of a political agreement.

“China is now in favour of an agreement […]. In the USA, we think that Obama is truly committed to these issues and that an agreement will be an important asset for his presidency, whichever party has the majority on the Senate,” he said, referring to the future Republican majority in the USA’s upper chamber.

Rajendra Pachauri wished the negotiators “good luck” in coming to an agreement.

The European Parliament adopted a resolution on the road from Lima to Paris on 5 November.

“Our ultimate goal is to put our economies on track for a sub-2°C climate warming scenario. In Lima next month, UNFCCC parties are to work constructively to develop elements of the agreement to be concluded in Paris, and we should play a key role,” said Environment Committee chair Giovanni La Via.

MEPs reiterated the EU’s promise to capitalise the UN’s Green Climate Fund, and to mobilise 100 billion dollars by 2020. The Fund has so far only raised 2.3 billion dollars.

Paris is hosting the 21st conference in December 2015.