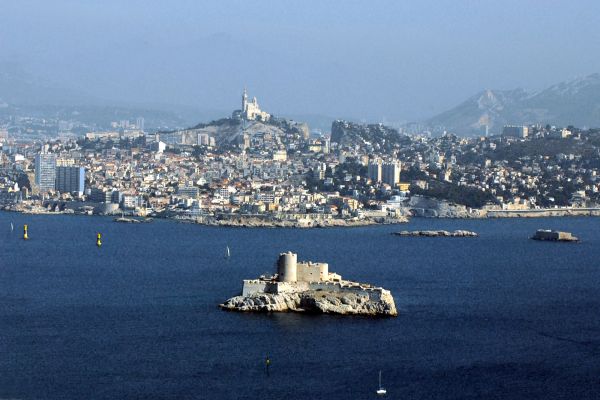 This article is part of our special report Water Policy.

Competing international conferences taking place in Marseille next week both seek to improve global freshwater access but hold radically different views on the private sector's role in reaching that goal.

Organisers of the two events say they expect thousands of people to gather 12-17 March for discussions that will present ideas on how to improve global access to an increasingly threatened natural resource.

But the main difference pitting the two sides over the 6th World Water Forum and its alternative centres is the role of the private sector in providing water in both developed and developing countries.

The Alternative World Water Forum – known by its French acronym FAME, or Forum Alternatif Mondial de l’Eau – says it offers a “democratic” choice to the other Marseille gathering they say represents an élite that ignores the need for affordable water.

Promoting a motto of “water belongs to everyone,” the trade unions, corporate watchdog groups sand environmentalists behind FAME accuse the World Water Forum of “hijacking” their agenda with its calls for universal water access and sustainability.

“There has been a tremendous movement towards our agenda, but they have to now walk the walk and not just talk the talk,” said Pablo Sanchez of the European Federation of Public Service Unions, which represents public utility workers in the EU and several former Soviet countries.

The World Water Forum – a signature event that attracts thousands of industry, government and international representatives – sees little conflict between the two groups.

‘Everybody must be involved’

“I don’t think there is a lot of difference because, on the problems of the water sector, we all agree,” said Guy Fradin, vice president of the World Water Forums’ international committee. “Everybody must be involved, the public sector but also the private sector.”

“We cannot be satisfied when we have one billion people without water and more than two billion without sanitation,” Fradin told EURACTIV in a telephone interview. Fradin is also executive director of the Seine-Normandy Water Agency.

The World Water Forum is expected to draw 20,000 participants to an event costing as much as €700 for full access. The attendance list includes representatives of the water industry, government ministers, international representatives and civic organisations.

Angel Gurría, secretary-general of the Organisation for Economic Cooperation and Development, is scheduled to outline recommendations to address what a new OECD report identifies as “serious deterioration” in the quality and quantity of water over the next 40 years.

Also at the forum, UNESCO will release its World Water Development Report that is expected to call for action to protect ground and surface water from exploitation.

But Sanchez said the forum remains a largely closed event that will not address one of FAME’s main aims – to keep water systems in public hands.

At the last forum in Istanbul in 2009, police battled protestors opposing private management of water utilities. The issue resonates this year in austerity-driven European countries – including Greece, Portugal and Spain – where authorities have mapped out plans to sell state assets and utilities to address budget and debt woes.

“This resource cannot be managed privately … and untamed privatisation will lead to a disaster,” Ferreira said.

FAME organisers want to add weight to their cause – which includes pressing the European Union to halt the liberalisation of water works – with a European Citizens Initiative on water and sanitation rights.

FAME organisers are participating in at least one World Water Forum session, but Sanchez said he would prefer to see the conference held under the auspices of the United Nations.

“I don’t like always being identified as the ‘alternative,’ but we will not stop the alternative [event] until this becomes a truly democratic forum.”

At the release this week of the OECD’s Meeting the Water Reform Challenge, OECD Secretary-General Angel Gurría warned that without “major policy changes, we risk high costs to economic growth, human health, and the environment. But with sustainable financing, effective governance and coherent policies, governments can harness water’s potential. Economic instruments like tariffs, taxes and transfers – the 3Ts – are powerful tools to ensure an efficient use of water.”

In presenting its agenda to journalists in Brussels on 28 February, Jean-François Donzier of the International Office for Water outlined some of the European priorities to be discussed at the World Water Forum. These include, according to the organisation, improving transboundary cooperation in Europe; achieving good ecological status of European water bodies by 2015; adapting to long-term water challenges linked to climate change, and developing sustainable agriculture and better balance policies between food security and sustainable water management.

The World Water Council, a Marseille-based group that includes the water industry and government representatives, has organized the World Water Forum every three years since 1997. It has put global access and sustainability at the core of its 12-17 March event that includes a red-carpet list of industry, ministers and international representatives. The last meeting was marked by divisions over whether to back a resolution to make the right to water and sanitation a fundamental international right – a year before the UN adopted water and sanitation as fundamental human rights under international law.

The Alternative World Water Forum – known by its French acronym FAME, or Forum Alternatif Mondial de l’Eau – says it offers a “democratic” choice to the competing forum they say represents an élite that ignores the need for affordable water. FAME organisers are using the event to gather signatures for a European Citizens Initiative on water and sanitation rights. The event will be held 14-17 March in Marseille.