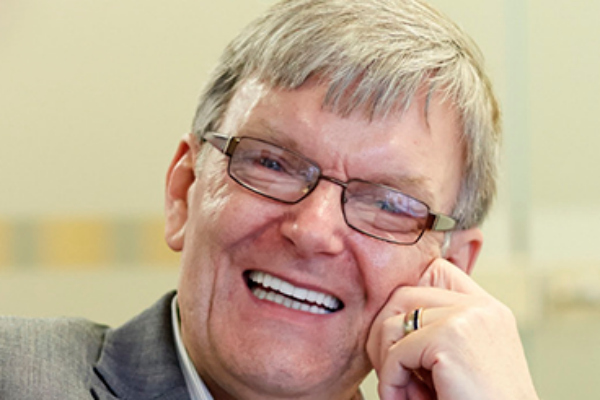 If the White Rose project receives European funding, it will send a strong signal for more investment in Carbon Capture and Storage (CCS), argues Graeme Sweeney.

Dr. Graeme Sweeney is the chairman of the Zero Emissions Platform, a coalition of energy companies, governments and research institutions supporting the development of Carbon Capture and Storage (CCS).

In July, the White Rose Carbon Capture and Storage (CCS) project, developed by Capture Power Limited, a consortium between Drax Group, Alstom and BOC, will find out if it will be the first CCS project to receive European funding under the second call of the NER300 programme. Located on land next to the existing Drax Power Station, near Selby in North Yorkshire, the proposed 426MW CCS power plant will burn coal (with the added ability to co-fire sustainable biomass) and meet the equivalent power needs of over 630,000 homes. Fully equipped with CCS technology from the outset, 90% of all the CO2 produced by the plant will be captured and transported by pipeline for permanent storage deep beneath the North Sea seabed.

Being awarded this funding would send a strong signal to member states and other investors further supporting what the European Commission and international organizations, such as the Intergovernmental Panel on Climate Change (IPCC) and International Energy Agency (IEA), have been saying for a long time – we need CCS!

However, more recently, EU funding instruments aimed at supporting the deployment of CCS in Europe have not fulfilled expectations, largely due to the budget constraints of governments, and a low carbon price. NER300 is the world’s largest funding programme for CCS and renewable energy demonstration projects aimed at encouraging private sector and member state investments in large scale demonstration projects. The funds for NER300 come from the sale of 300 million CO2 emission allowances and the amount available to chosen demonstration projects is dependent on the current carbon price at which these are sold.  Unfortunately, the first round of NER300 in late 2012 did not fund any CCS projects. Stringent administrative requirements and a lack of financial backing from member states rendered the CCS project funding applications ineligible.

Looking to the future, we must use this as a learning experience and ensure that funding schemes, including a future “expanded NER 300” as suggested by the Commission, are designed to take CCS projects over the line so that CCS can fulfil its role as a critical technology for reducing EU CO2 emissions in the power and industry sectors by 2030.

CCS is crucial for mitigating CO2 emissions from large-scale fossil fuel for power generation and from energy-intensive industry. And, in the case of the latter, it’s often the only decarbonisation option. CCS is the only known technology that can capture at least 90% of CO2 emissions from the world’s largest emitters. Furthermore, it offers significant benefits for the environment whilst protecting and developing Europe’s industrial base. For example, ZEP modelling shows that in the years to come 330,000 jobs could be created in Europe.

However, once a leader in this field, Europe has fallen behind countries such as China, Canada and the US, all of whom are gaining ground on CCS. The Boundary Dam CCS project in Saskatchewan, expected to be up and running in late 2014 is the world’s first Post-Combustion Coal-Fired and largest commercial-scale CCS project of its kind. The project is expected to capture carbon equal to taking more than 250,000 cars off Saskatchewan roads annually. This is just one of several projects across the world expected to be developed in the next few years.

In Europe, we must push ahead diligently if we are to achieve the needed fleet of CCS projects to cost-effectively reach our 80-95% decarbonisation target by 2050. We have calculated that of the 40% CO2 reduction target proposed by the European Commission’s 2030 Climate and Energy Framework, CCS can cost-effectively deliver at least 4% of these in 2030. This also means reaping the socio-economic benefits. But meeting the energy and CO2 challenge will be difficult and will take time. Without a successful CCS demonstration programme by 2020-2025, the long-term roll-out of CCS will be put at risk. Timely deployment will depend on the right support measures, especially funding.

A number of key steps have been taken by the EU institutions over the past year and we must continue to build on this momentum. Awarding NER300 funding to the White Rose project would do exactly that. To have the best chance of success we must start with a realistic perspective. Policy makers need to focus on outcomes and concentrate on action that will make a real difference, based on lessons learnt on previous support measures.