Sustainable Development Agenda is an opportunity to revive the EU 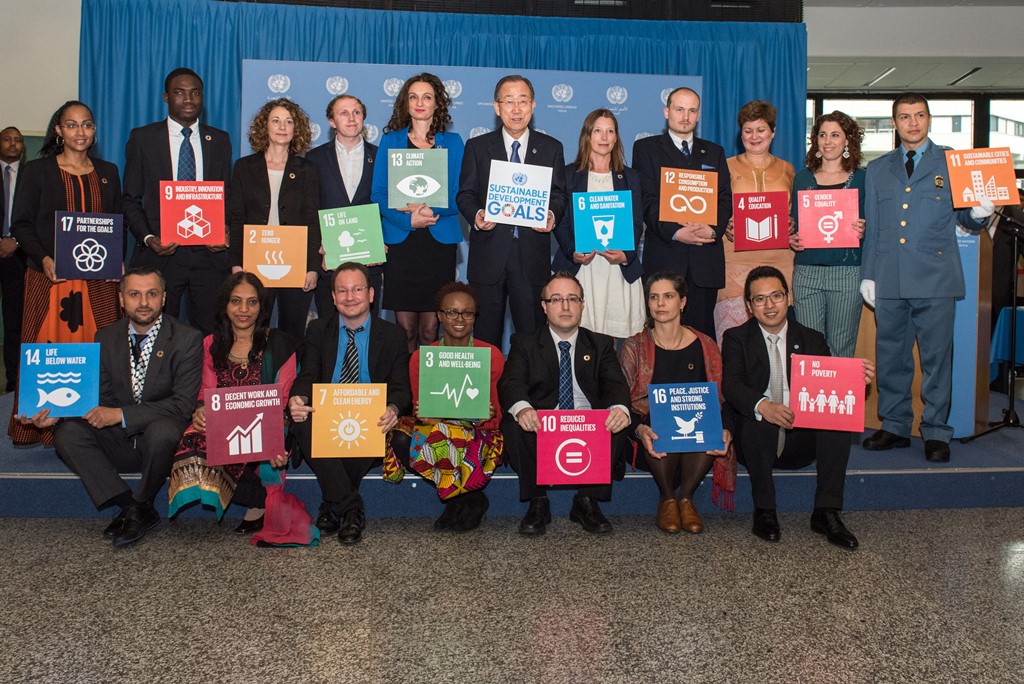 The Commission should come up with a strategy that meets the ambitious UN goals. [Nikoleta Haffar/UN Photo]

As a wide-ranging group of NGOs calls on President Juncker to draw up a high-level strategy for the implementation of the UN Sustainable Development Goals, Geneviève Pons argues that this is how the EU can revitalise its relevance.

SDG Watch Europe is an informal, civil society alliance of approximately 70 organisations working in Europe and beyond on development, environmental, social, human rights and other issues. Geneviève Pons is the WWF’s European Policy Office Director.

In September 2015, world leaders adopted the 2030 Agenda for Sustainable Development and its 17 goals. These goals set out how to put the world on a sustainable development path, for example by eradicating poverty and tackling climate change, inequality and consumption.

Eight months on, member states are moving ahead with the 2030 Agenda, yet EU level progress has stagnated, as the EU is distracted by multiple challenges which are causing its very existence to be questioned.

Yet rather than being an additional challenge to negotiate, the Sustainable Development Agenda could (and should!) be part of the solution to reviving the EU, addressing its identity crisis, re-establishing its global leadership and enabling it to make a real difference to people’s lives.

Today, a large group of NGOs – which are all part of SDG Watch Europe, an informal, civil society alliance of organisations working in Europe and beyond on development, environmental, human rights and other issues, and which includes WWF – have written to European Commission President Jean-Claude Juncker, calling on the EU to rise to this ambitious and universal Agenda by drawing up an overarching, high-level strategy for its implementation by 2030.

Such a strategy would go much further than President Juncker’s ten political priorities for this Commission, but it would need to ensure that all EU policy areas contribute to the objectives of the 2030 Agenda.

SDG Watch Europe’s call is also echoed by the European Parliament, which has asked the Commission to “come forward with a proposal for an overarching Sustainable Development Strategy encompassing all relevant internal and external policy areas, with a detailed timeline up to 2030”.

This strategy would provide an EU vision centred on the core European values of inclusivity, equity and sustainability, which are also the central values of the global SDGs. It is a vision that can show why the EU is more relevant than ever.

The 2030 Agenda was developed through a global conversation with people and sectors from all regions of the world, including civil society and business. It is an opportunity to promote an economy at the service of people, ensure the protection of our natural environment and reinforce the EU’s role as a strong and responsible global actor.

Private companies and NGOs are gearing up to play their part; member states are looking to the EU institutions for guidance. We are calling on European leaders to come up with a plan for Europe that matches the ambition of the goals and that will deliver tangible results for people and our planet.