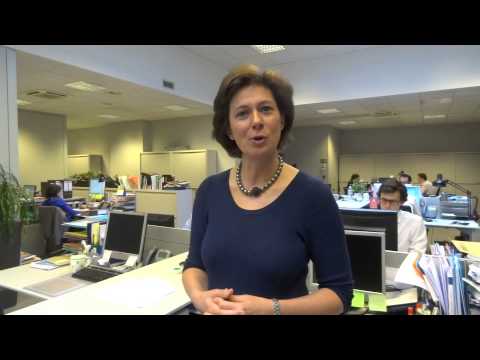 Ahead of a crucial vote in Parliament on the Transatlantic Trade and Invesetment Partnership, MEPs have the chance to make a robust contribution, but they should listen to stakeholders and carefully think twice before diluting aspects of the agreement that are in fact key to its success, says Susan Danger in an interview with EURACTIV.

890 amendments have been posted on a draft resolution on the Transatlantic Trade and Investment Partnership (TTIP). This week, six of the fourteen committees contributing input to the draft text will vote on their opinions. The vote by the lead International Trade (INTA) Committee has been postponed to 28 May. Do you think the draft resolution will really contribute or rather hamper a constructive input in the talks?

The INTA report makes a number of important recommendations that can lead to a robust TTIP agreement. On the other hand, through this report, the EU comes under pressure to dilute aspects of the agreement that are in fact key to its success.

Only by directly addressing the sensitive issues can the EU and the United States produce an agreement that most benefits our citizens, while including provisions that speak to the concerns of stakeholders at all levels.

TTIP has sparked a wave of criticism from the public. Do you have a feeling that the critics have been heard?

The INTA report on the TTIP negotiations adds to the healthy debate on TTIP in Europe that has gained momentum under EU Trade Commissioner Cecilia Malmström. The time is ripe for negotiations to move forward. However, timely pursuit of the agreement must not come at the expense of substantive elements critical to its success. The Parliament’s appeal for greater transparency and stakeholder engagement in the negotiation process is welcome in this regard.

The European Commission has made great progress in responding to stakeholder concerns on transparency, including through the publication of negotiating documents and through its public consultations. The European Ombudsman’s positive statement last month on the concrete steps taken by the Commission on this issue was clearly encouraging. These efforts should continue – they will lead to a more broad, fact-based debate, and ultimately to a more balanced agreement.

According to the report, just cutting tariffs and eliminating non-tariff barriers and regulations is going in the wrong direction. Do you agree?

Eliminating all trade tariffs between the EU and the United States is a priority. Although tariffs are already low between the two markets, they remain high for specific sectors and are an unnecessary impediment to companies seeking to compete with counterparts in emerging economies.

Against this backdrop, the inclusion by negotiators of a specific chapter on SMEs is clearly a step forward. They represent 99% of all businesses in the EU, but currently face significant regulatory obstacles in the transatlantic market.

A regulatory cooperation chapter that promotes a competitive economic environment, and maintains the EU’s strict standards on areas including health and the environment, is also necessary. The European Commission has been very clear that TTIP will not threaten EU regulatory standards, but rather make cooperation between EU and US regulators easier. European regulators will always retain the full right to regulate in their interest.

What about the Investor-State Dispute Settlement (ISDS) mechanism? Can we have an agreement without ISDS?

At a time of ongoing economic uncertainty, the EU must do all it can to encourage investment and growth and enrich the lives of EU citizens. To enable European and American companies to invest in each other’s markets with confidence, a TTIP agreement should include a strong, balanced Investor-State Dispute Settlement (ISDS) mechanism. Legitimate concerns have been raised by stakeholders on the working of ISDS. The EU’s commitment to ISDS reform can ensure that this provision meets the needs of business and society and also set a gold standard for similar instruments around the world.

To assure that TTIP is a modern 21st century agreement, TTIP should also include language enabling cross-border data flows and oppose forced data localisation requirements. The liberalisation of data flows is essential for digital trade, but also underpins various other sectors that rely increasingly on such data flows to grow and develop.

AmCham EU supports a healthy debate on TTIP, and will continue to engage with the European Parliament and the wider discussion on this matter in the coming months.

EU Trade Commissioner Cecilia Malmström has reinvigorated the debate on TTIP by committing to transparency and engagement. It is time for this to be translated into concrete results. Our ultimate prize is an agreement that serves as a model for the rest of the world.