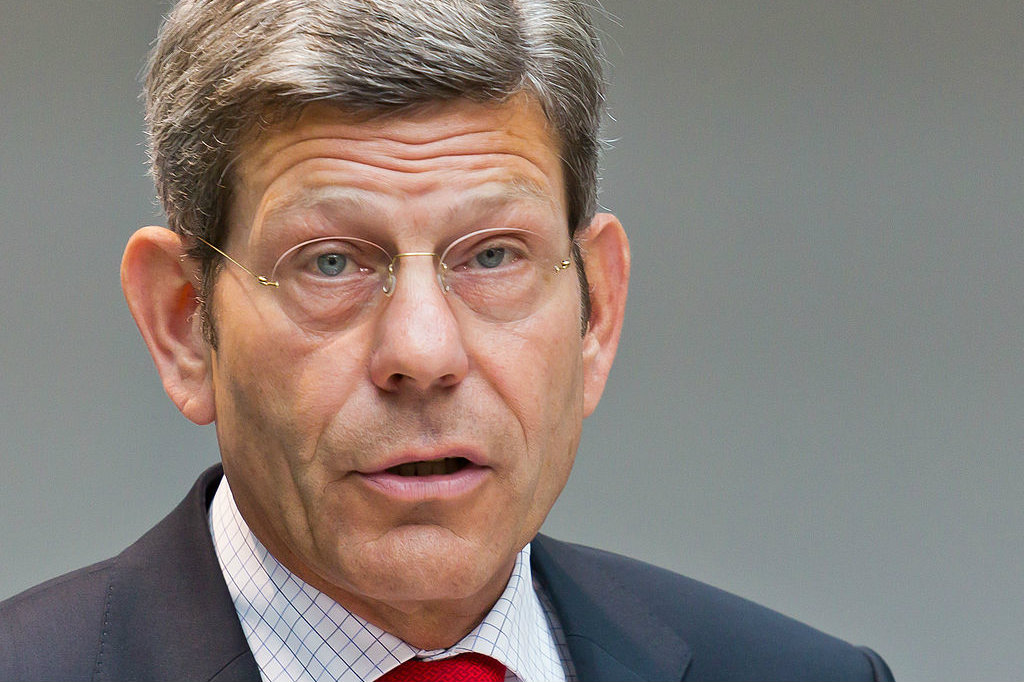 The NSA affair was disastrous for German trust in the United States, and therefore for the planned EU-US trade agreement, TTIP, Bernhard Mattes told euractiv.de.

Bernhard Mattes is chairman of the executive board at Ford Werke AG. Since 2013, the economic analyst has been president of the American Chamber of Commerce in Germany. AmCham Germany was founded in 1903 to promote global trade relations and support the interests of around 3,000 members. He spoke with EURACTIV Germany’s Nicole Sagener.

Discussions over the planned Transatlantic Trade and Investment Partnership (TTIP) are highly controversial in Germany. What is the reason for this?

It is true that only a few EU member states have seen as much opposition to TTIP as Germany. But if you look at the history of negotiations, they began with a lot of momentum and drive. But then they were overshadowed by the NSA affair. From that point on, the question of mutual trust was discussed intensely in the public. Unfortunately, this atmosphere has also unjustifiably affected the TTIP agreement.

At the beginning, a lack of transparency and information on the agreement fueled the criticism. Insecurity dominated the issue of standards, for example, where there were fears that own standards would be decreased. But it is important to note that a similar discussion over lower standards is taking place in the United States, regarding benzene in fuels and toxic substances in children’s toys.

The lack of transparency in negotiations is a point of considerable criticism. Since the start of the year, the Commission has been releasing documents from the TTIP negotiations on the Internet – but only text proposals from the EU side, not from the United States. Isn’t it understandable that this feeds anxieties?

Increased communication has achieved much more support from citizens in recent months. Proposals and position papers have been and will be published. What citizens have been complaining about has now been solved. But on the other hand, one cannot expect that all options and positions be made public ahead of the negotiations. The high measure of transparency that currently exists regarding the content of negotiations is likely to clear many concerns out of the way. But at the same time, there is no final draft that can be discussed. Still, citizens can fully inform themselves on the current status of negotiations and on the negotiating mandate that the European Commission received from the EU member states. And that is precisely what is necessary.

A recent statement from the German Economic Affairs Ministry suggested that higher standards in Europe could prevent many products from being covered by the free trade agreement. Do you see this as a feasible compromise?

As many products as possible should be included in TTIP. If it is not possible to agree, certain products could also be excluded. But it is not about finding the lowest common denominator on standards. Instead, mutually recognised standards and testing procedures should be determined.

The European Commission wants to create a council on regulatory cooperation. This super committee is intended to assess future laws for their compatibility with TTIP and is required to take economic interests into consideration. The German Chancellery admitted to the fact that this could “partially limit” the regulatory leeway of EU member states. Does this contradict the argument made by TTIP’s supporters saying the sovereignty of national governments will remain intact?

This council will not circumvent governments and parliaments on any decisions and will not tell them how they are allowed to make decisions. In addition, the laws that are in place now will continue to apply. Europe will still have its food law and the EU Chemicals Regulation and the conventional standards in the United States will also still exist. In a free trade agreement, it makes a lot of sense to look at whether testing procedures and standards could also be used on the other side of the Atlantic. If we want to have a TTIP that is vibrant, then such a regulatory council must be able to achieve this goal.

However, there must be a willingness on both sides. If I am seeking a mutual recognition process for standards with another economic area, I have to show a willingness to find common solutions that both partners are satisfied with – not just one side.

The planned Investor State Dispute Settlement (ISDS) is particularly controversial. The instrument was originally created decades ago to offer investor protection to industrialised countries when they invested in countries with poorly developed legal systems. What advantages does ISDS offer for free trade between two highly developed markets like the United States and Europe?

There are three fundamental reasons for this. First, because Europe consists of many states with very different legal systems, ISDS makes a lot of sense. For instance, Germany has already concluded numerous investment protection agreements with other EU member states because there are differing structures and rules within the EU with different systems, qualities and procedures.

Second, TTIP offers the opportunity to set a high standard for future free trade agreements in other areas or with additional countries – so sorting out clauses better and formulating them more clearly.

Third, investment protection agreements not only benefit big companies but also small ones. They offer the latter a legal safety net without having to make use of the costly procedures of national legislation. Otherwise a mid-sized German company, for example, could have to grapple with 50 different jurisdictions in the United States and would not be able to afford it, based on the capacities and financial resources needed. But this becomes easier when standards are harmonised. Rules would be further within reach, easier to understand, and applicable for mid-sized companies.

ISDS opponents often argue that the legal action taken by Swedish energy giant Vattenfall against Germany serves as an example of what investor protection can lead to. Although the case is not yet decided, the German government has said the procedural costs, alone, are estimated to cost Germany at least €9 million.

Vattenfall is a completely different case, because the legal basis is not an investment protection measure within a free trade agreement. But, in general, we are of the opinion that if the complainant is demonstrably disadvantaged, then a procedure of this kind must be able to take place. If the point of discrimination against a foreign investor really exists and the investigating court confirms the discrimination, then the procedural costs must also be accepted as justifiable. Of course the costs for the procedure and the lawyers will be high in every case – but that also applies to normal, proper courts.

The president of the Federal Association for Mid-Sized Businesses, Mario Ohoven, criticised the planned arbitration procedure as being hardly affordable for mid-sized firms. How can ISDS avoid threatening the existence of small and medium-sized enterprises?

It is worth considering that nowadays, such arbitration proceedings are usually already cheaper than calling on proper courts – especially in the United States. I know many mid-sized companies that would support such an investment protection agreement for precisely this reason.

Of course the sequence of such cases should be transparent, just as the selection of judges and regulatory power of the lawyers involved should be. The structures of such courts must also be unambiguously organised and it must be clear what kind of complaints they can even be asked to hear. If that was sorted out, there would surely be support for ISDS. The European Commission has already drafted a proposal for improvements to these courts.

The EU’s Trade Commissioner has submitted a proposal for ISDS reforms, planning to make international arbitration courts more like traditional courts and establish an international investment court of justice in the long-term. But critics are saying the independence of judges would still be undermined because the Commission is still referring to arbitration courts that work for profit rather than judges with a fixed salary. What do you think of the new idea?

The arrangement of the investment protection chapter in TTIP is still in process, which is why I do not want to dwell on the terminology here. AmCham Germany fundamentally welcomes the reform recommendations that Commissioner Malmström, but also German Economic Affairs Minister Sigmar Gabriel, has submitted. It is important that the existing system of international arbitration courts be improved. The proposal for the chapter in TTIP outlines a selection of arbitrators from a previously determined pool of – and this is particularly important – qualified candidates from the United States and the EU. Qualifications could be certification as a judge in the country of origin or a certain number of years working in an international setting.

Apart from that, they must be able to apply the international law that is used in TTIP. In this way, greed for profit or a some kind of dependence on one of the two conflicting parties among the participating, independent arbitrators can be counteracted relatively easily. In addition, it should not be forgotten that the EU’s reform recommendation also plans a right to appeal that is strongly oriented according to the design of the WTO Appellate Body or the International Criminal Court.

What should the ideal of this court and judges look like?

The ideal should be a world in which neither the judges nor the court are necessary. But on a serious note, independent and qualified judges are needed in every decent court. Other than independence from the parties involved, this should also mean financial and emotional independence, in order to be able to create their own image of the case at hand, its effects and a possible solution. Furthermore, payment should not be dependent on the value of the claim but, rather, should be transparent for all and set according to a standard.

In order to come closer to an ideal court, the aspiration to create an appeal body is definitely a step in the right direction. Even qualified and independent judges can make mistakes. Creating more legal security here should be in all of our interests. But here as well, I think the European Commission is on the right path. We will see whether the ideal judges and courts are being created in TTIP once the draft of the agreement is published.

Hillary Clinton has announced she wants to completely forego ISDS if she wins the election. What would that mean for the negotiations?

I believe the United States and Europe should not take too much time to conclude the negotiations so that the competitiveness of the transatlantic economy can be increased now. I still think it is possible to have a draft for TTIP ready in 2016 before the US elections. To do this, it is very important that the negotiations continue without interruption. The economy and chambers of commerce also have to join in this endeavor by offering the citizens as much openness as possible, and point out TTIP’s possibilities and opportunities.