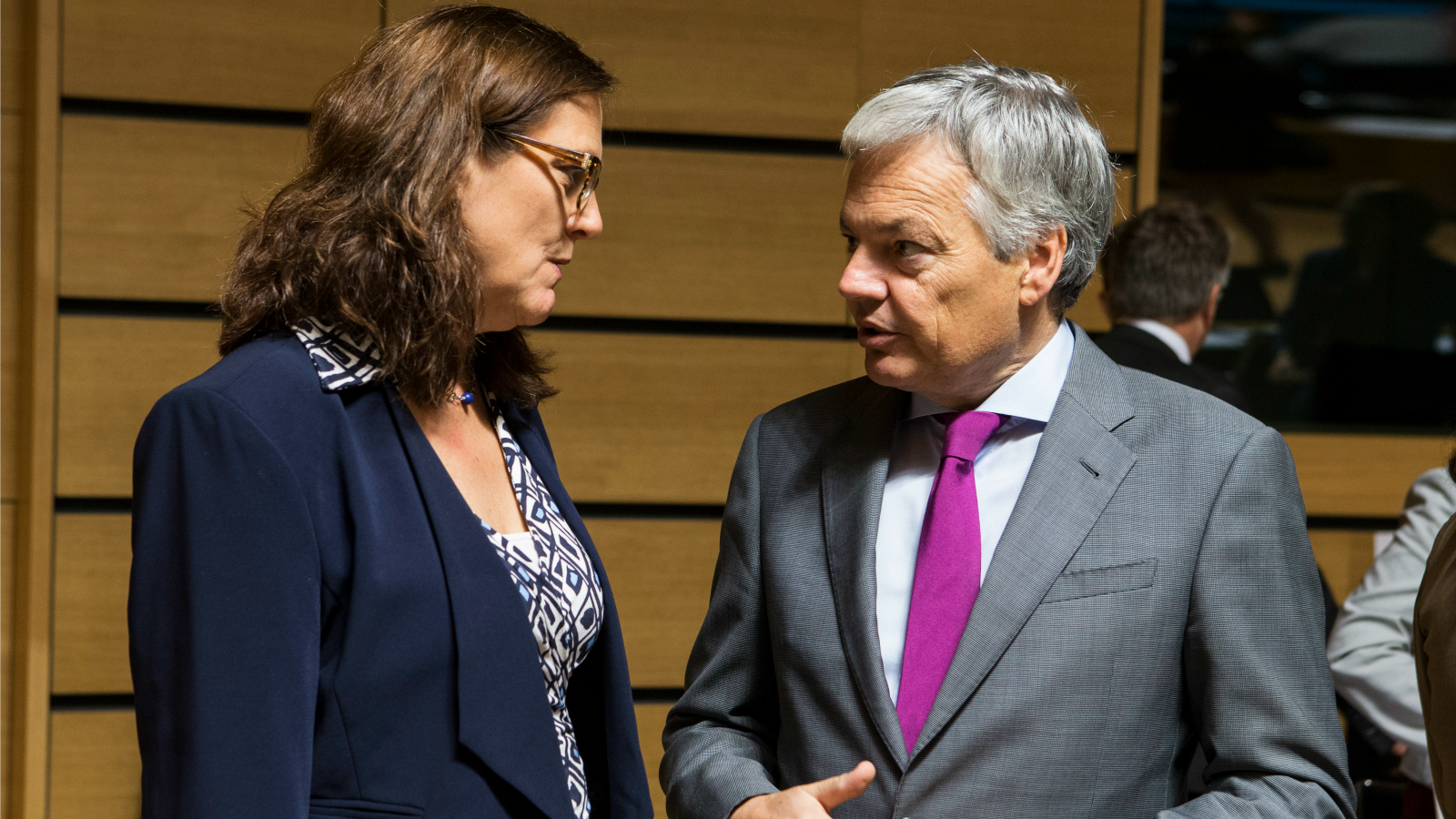 The twitter account of Belgian Foreign Minister Didier Reynders was hacked yesterday (18 October), his ministry said, just hours after EU ministers failed to agree on a trade deal with Canada due to opposition by Belgium.

The posting by Reynders in question featured a photo of former Canadian Prime Minister Stephen Harper, emblazoned with “Hey Canada, Fuck You!”. The fake comment by Reynders could be translated as “Yea, sure…” 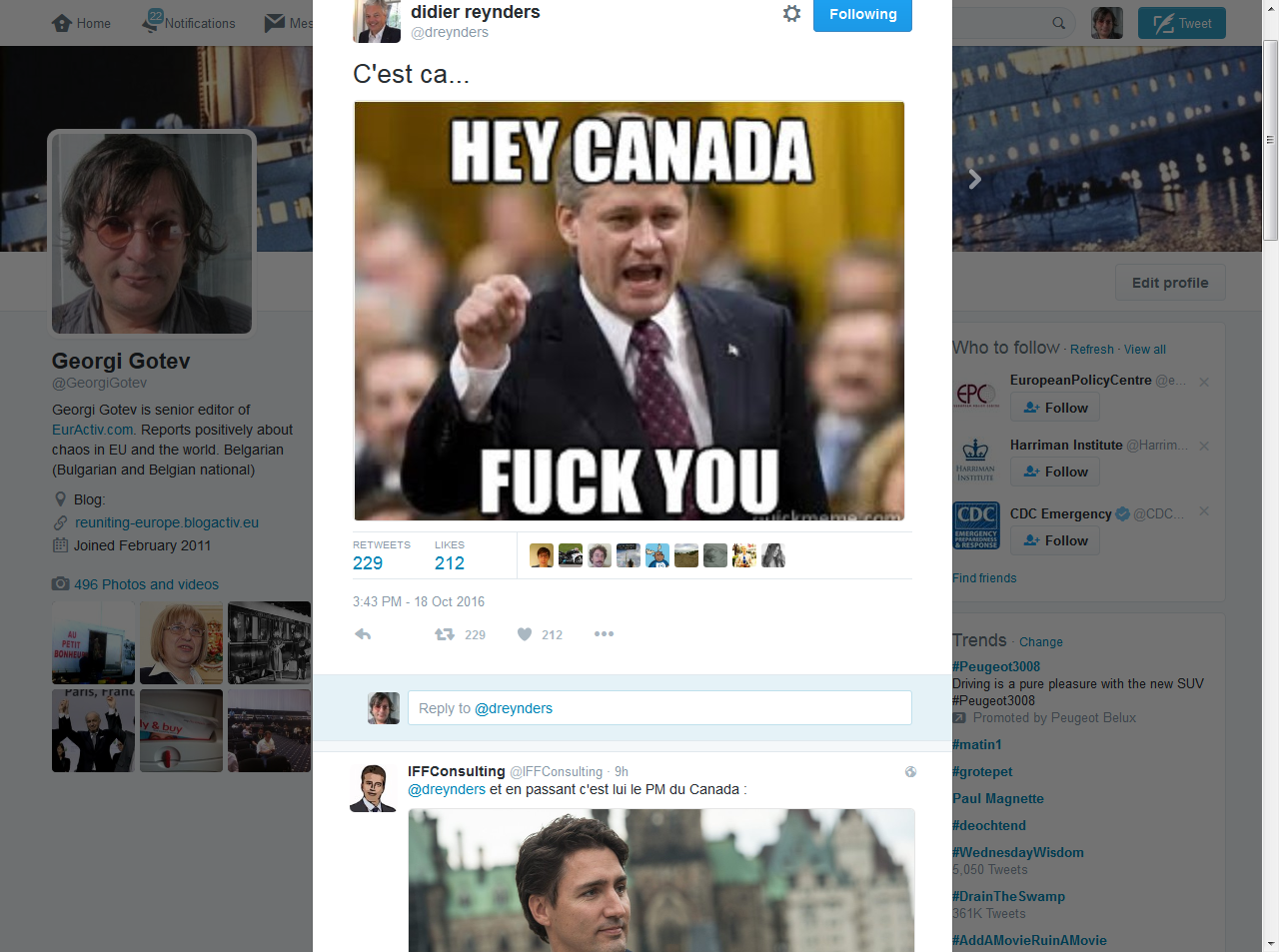 The ministry told Belga news agency that “everything was being done to fix the problem.”

The hack took place just hours after the EU set a Friday deadline for the small Belgian region of Wallonia to accept the EU-Canada trade deal.

Reynders, a conservative who represents Belgium’s federal government, is a staunch supporter of the deal, known as CETA, but the socialist-led regional government of Wallonia has blocked approval of the accord.

The head of region Paul Magnette on Tuesday said he still refused to agree to greenlight the massive free trade deal for signature by the EU despite intense international pressure to back down.

Magnette’s refusal has endangered the formal signature of CETA, putting the whole deal in limbo and drawing huge praise from activists who are worried about the accord’s consequences to the environment.

Signature of CETA was originally planned to take place during a visit by the current Canadian Prime Minister Justin Trudeau at the end of October in Brussels.