Commission President Jean-Claude Juncker wondered why nobody objected when the EU signed a trade deal with Vietnam, "a country famous in the world for respecting all democratic principles". [European Council]

A Canadian minister left Brussels in tears on Friday (21 October) as Wallonia’s staunch opposition to the EU-Canada  agreement puts the future of new trade deals at risk.

Two intense rounds of negotiations over the last week, last-ditch concessions, and even the direct engagement of the Canadian government were not enough to convince the Walloon executive to lift its opposition to the Comprehensive Economic and Trade Agreement (CETA).

The  Minister President of the French-speaking community, Paul Magnette, requested direct talks with Ottawa as he saw more flexibility in the Canadian position compared to the European Commission’s stance. 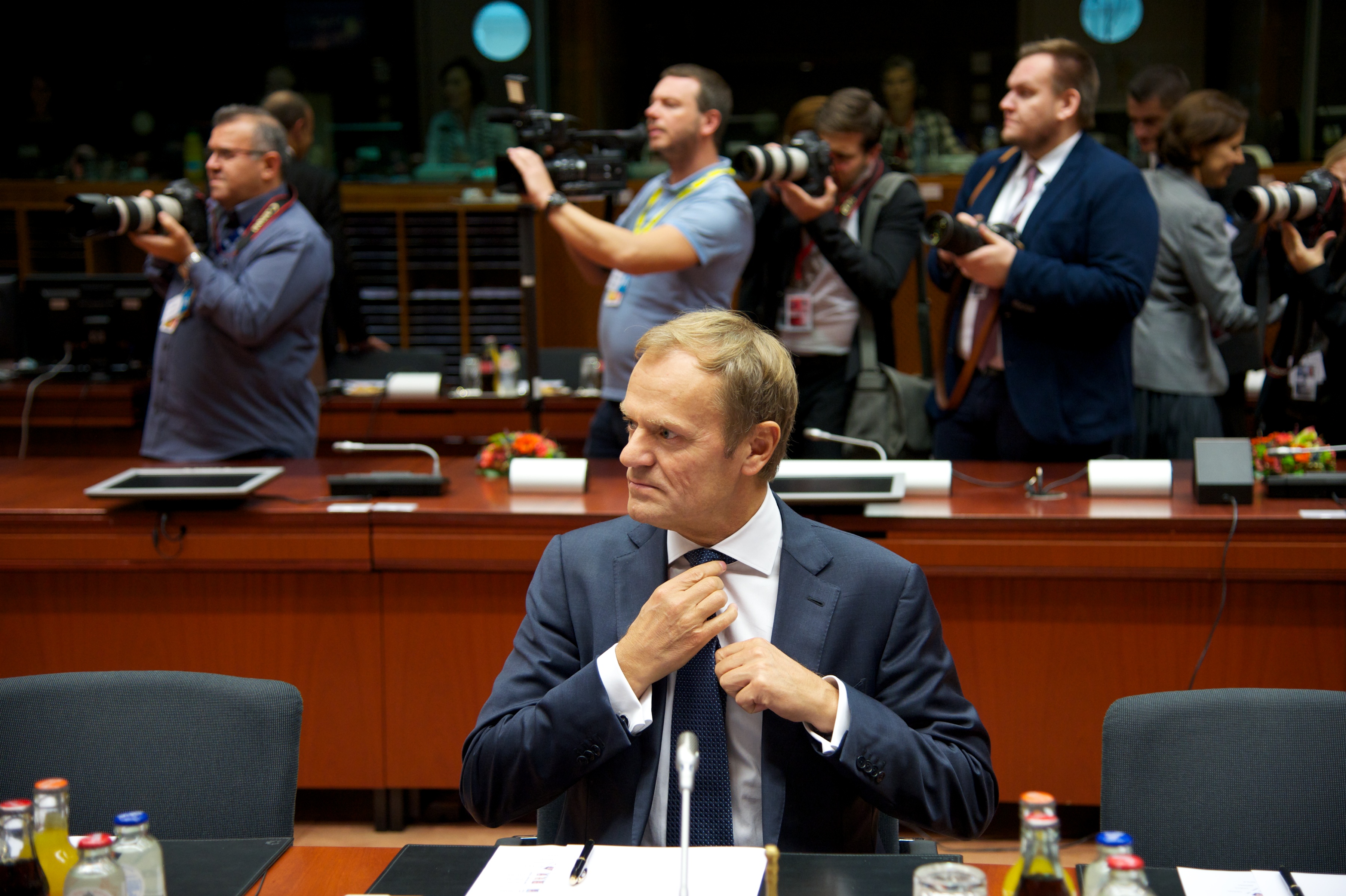 But the talks brought no results, lamented the Canadian Minister of International Trade, Chrystia Freeland.

This is “the end and the failure of the discussions with Wallonia”, and this is “very disappointing”, she said almost in tears after she left the meeting.

“It is a missed opportunity,” she added.

Freeland not only blamed the regional government but the EU as a whole, as she indicated that the bloc “is not ready to sign such a treaty with Canada”.

“The only good thing I can say is that tomorrow morning I will be at home,” Freeland told reporters.

“I am extremely surprised that when we conclude a trade agreement with Vietnam, a world famous country for respecting all democratic principles, nobody objects, but when we strike an agreement with Canada, a full-fledged dictatorship, everybody gets excited and blames us for not respecting human rights and fundamental economic rights,” Commission President Jean-Claude Juncker said with sarcasm after the European Council on Friday (21 October).

Bulgaria and Romania agreed today (21 October) that their deal to obtain visa-free travel would be part of the CETA agreement, answering the concerns of the Belgian region of Wallonia. A couple of hours later they realised that they made the wrong decision.

The European Commission expected that the political weight of the leaders would have been enough to overcome the Belgian region’s opposition to the deal.

But the EU seems on track to fail a “credibility” test for the bloc, according to the Commission, and European Council President Donald Tusk.

If Europe cannot conclude this trade deal, Tusk warned that it could be the end of free trade deals for Europe.

This is is a very sensitive moment for the union, not only because the member states eyes new deals with Japan or Mercosur, but also because the capitals would have to negotiate a much more complicated settlement with Britain next year.

“I remain concerned, for a good trade agreement with a close partner like Canada, and for Europe’s reputation,” Tusk commented after the summit.

Despite this serious setback, Juncker hoped that a solution could be found “in a few days”, he told reporters after the European Council.

“I believe that this CETA agreement is the best agreement that we have ever been able to negotiate to date,” he insisted.

Progress but not enough

Hours before, Magnette, recommended the regional parliament to uphold its veto of the ratification process.

He commented that “significant progress” has been made on agricultural issues, one of his top concerns, including the ban on hormone-treated beef.

But he noted that there are still some issues to be clarified, including public services.

In order to convince the Walloons, during the last round of negotiations, the executive added  a separate paragraph on social security and insurance, one of the main concerns raised from the outset of the talks.

The negotiations continued on Friday between the Walloon government and the Commission, with Juncker personally involved.

“There are intentions to move forward,” Magnette told the regional deputies.

However, it was unclear how the situation could be unblocked in the next few days given that the Belgian region would need to lift its veto by 27 October when the EU-Canada summit is scheduled.

Belgian Professor Jean-Michel de Waele slammed the European Commission for twisting the arm of Wallonia over CETA, the  Comprehensive Economic and Trade Agreement between the EU and Canada.

On his way into the summit, Belgian Prime Minister Charles Michel lamented that the Walloon government had “radicalised” its position.

“We do not talk only about a treaty with Canada, we talk about all future bilateral treaties. The question actually is: What globalisation do we want?”. ”I often say to our Canadian friends: ‘I’m sorry it falls on you,” Magnette told the deputies.

As the EU’s trade policy was teetering, EU leaders discussed how to “address the citizens’ concerns” to overcome the growing protests against trade deals with Canada and especially with the US.

The 28 heads of state of government agreed on “fully defending and promoting the social environmental and consumer standards that are central to the European way of life” the summit conclusions read.

In order to protect the European standards and its industry, the European Council urged the ministers to reach an agreement on the modernisation of the trade defence instruments, in particular on the highly divisive issue of the lesser duty rule.

The national parliaments of the EU member states would then also need to ratify CETA for the areas which fall under their responsibility to take effect.