CETA is ‘no gold standard’ finds report, ahead of vote in Parliament

CETA and TTIP have generated unprecedented levels of public opposition in the EU. [Friends of the Earth Europe/Flickr]

New research has found that the EU-Canada trade deal fails to deliver on environmental promises and does nothing to encourage the transition to renewable energy or to enforce other climate mitigation measures called for in the Paris Agreement.

Ahead of a crucial European Parliament vote next week when MEPs will decide whether or not to refer the treaty to the European Court of Justice, a new study, carried out by green group Transport & Environment (T&E) and legal NGO ClientEarth, suggests that CETA’s environment chapter is not legally binding on Europe and Canada, and its already-weak green provisions have no enforcement mechanisms.

“CETA is often sold as a gold standard for all future EU trade deals, yet it sets the bar for environmental protections very low,” said Cecile Toubeau, T&E director of better trade and regulation.

“MEPs and national parliaments must demand more from a trade deal that was negotiated in secret. To even think about calling CETA a gold standard, we need to see a legally binding environment chapter that can be enforced with sanctions,” she added.

The EU and Canada signed the landmark free trade deal, which backers say will boost bilateral trade by 20%, on 30 October. The agreement could partially enter force next year, some eight years after talks began, as long as the European Parliament gives its approval. It would bring in tariff reductions ahead of complete ratification by national and regional parliaments. 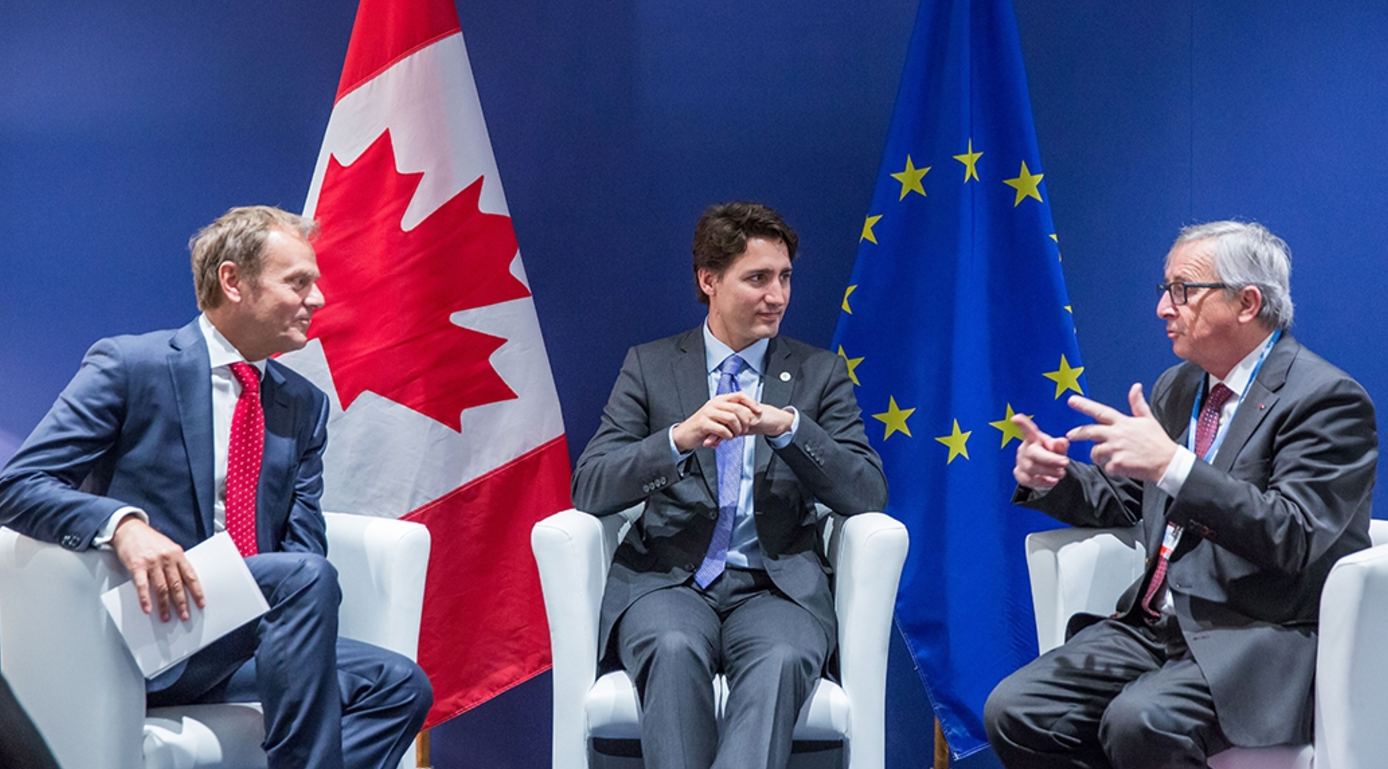 The EU and Canada will sign a landmark free trade deal on Sunday (30 October) after a series of key votes in Belgian regional assemblies on Friday (28 October) and the backing of ended opposition that had threatened to destroy the entire agreement.

At the time of the signature, European Trade Commissioner Cecilia Malmström noted that in signing CETA, the EU and Canada clearly demonstrated the improvements made to trade policy.

“For instance, we have the most ambitious sustainable development chapter ever negotiated, making clear commitments on social and environmental issues, and working together to improve these standards worldwide,” Malmström wrote in her blog.

Trade will happen with or without trade agreements, but with the signing of CETA, the EU and Canada are showing the way forward in shaping globalisation, writes Cecilia Malmström.

The new study stressed that even if CETA undertook to phase out fossil fuel subsidies, the phase-out wouldn’t be binding or enforceable. “Instead the environment chapter, for the most part, re-affirms existing international agreements on the environment,” T&E said.

In other words, if one side does not wish to cooperate on any particular area of regulation, the other side could file a lawsuit, Toubeau explained.

89 MEPs have so far signed a resolution to challenge CETA in the European Court of Justice. Parliamentarians question whether the  deal’s investor protection provisions are in line with the right of governments to regulate legitimate public policy aims, such as protecting health, safety or the environment.

If the resolution succeeds, the Parliament will have to wait for the ECJ to rule before it can give its final approval to CETA – delaying the deal by maybe more than two years.

The motion, which will be put to a plenary vote on 23 November, was signed mostly by MEPs from the Greens, GUE, S&D and Europe of Freedom and Democracy groups, as well as by the parliament’s vice-president Anneli Jäätteenmäki (ALDE).

Parliament sources say the motion will likely not pass, as the majority of MEPs do support the EU-Canada trade deal, and the House’s legal service found no contradiction between between CETA’s investment chapter and the EU Treaties when it assessed this issue in June this year.

The NGOs’ report also slams CETA’s special investment tribunals, the so-called International Court System, “which will only hear cases brought by corporations, not by citizens or their governments”.

Such cases could threaten measures taken in the public interest, such as national policies favouring the development of renewable energy or laws to ensure the decarbonisation of transport fuel (the EU’s Fuel Quality Directive).

“The EU-Canada Comprehensive Economic and Trade Agreement is not a progressive deal,” said Laurens Ankersmit, EU trade and environment lawyer at ClientEarth. “For the first time in EU-Canada relations, the whole of Europe will be exposed to claims by Canadian investors before investment tribunals. A few weak provisions on environmental commitments cannot mask that this agreement will serve business, not the planet.”

One response to “CETA is ‘no gold standard’ finds report, ahead of vote in Parliament”