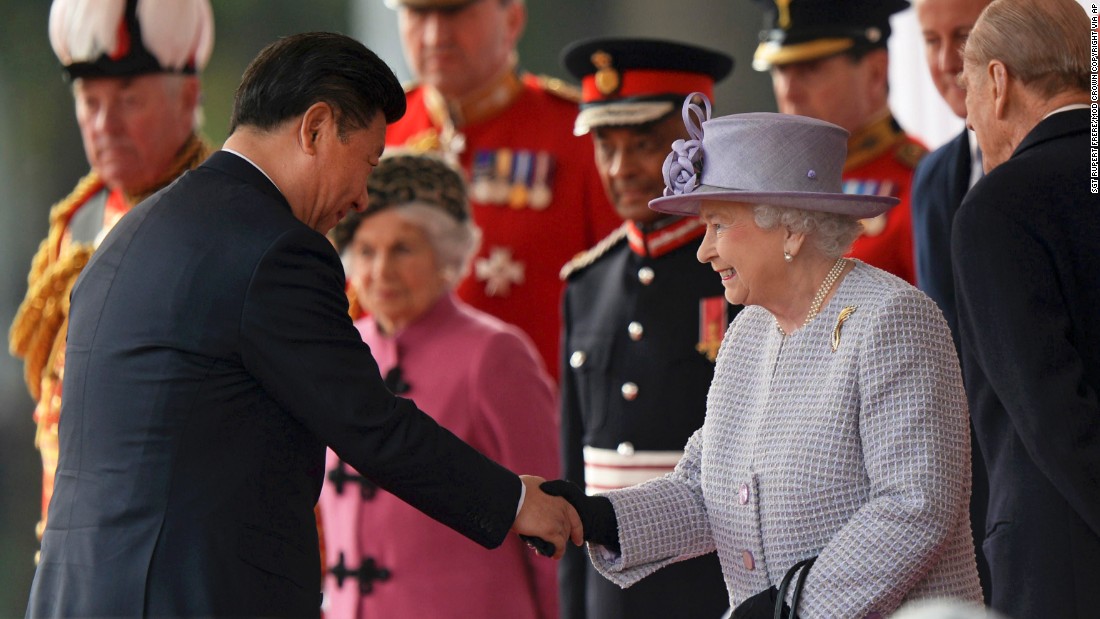 China has an open attitude towards a free trade deal with Britain and is willing to study it, the country’s Commerce Ministry said on Tuesday (2 August).

June’s vote to leave the European Union has forced Britain, which has negotiated its trade deals through the EU for decades, to rethink ties with the rest of the world, but striking new deals may prove hard while its EU relationship is in flux.

British officials have floated the idea of free trade deals with countries including China, India, Canada and the United States once Britain formally leaves the EU.

“China is willing to proactively develop trade and business cooperation, has an open attitude toward discussing and signing a free trade agreement with Britain, and is willing to study this with Britain,” Shen said, without elaborating.

The two countries like to talk about the “golden era” of relations, but ties have been tested by new Prime Minister Theresa May’s decision last week to review a major nuclear power plant that China is supposed to partly invest in.

Britain’s government has said it will launch a new review into a controversial project to build two new nuclear reactors led by French utility EDF, the country’s first new nuclear plant in decades.

A 2013 trade deal between Switzerland and China, which some Brexit supporters say shows what Britain might achieve on its own, got rid of tariffs on 99.8% of Chinese exports to Switzerland compared with 77.3% of Swiss exports to China, rising to nearly 90% by 2028.

Fredrik Erixon, at think tank ECIPE in Brussels, said a UK-China deal could provide big gains for British exporters and investors but might come at the cost of Britain providing China with privileged status as an investor or more political support.

Britain would need as many as 300 trade specialists in place before the end of the year, up from about 100 now, as the country tries to increase its firepower to operate as a solo trading nation.

“Britain’s trade negotiators would need technical and legal experience, which is accumulated over many years, and they would be stretched by the need to negotiate simultaneously on multiple fronts,” said Gregor Irwin, chief economist at Global Counsel, a consultancy firm led by Britain’s former EU trade chief Peter Mandelson. “No country has ever tried to do this before.”

Britain has negotiated its trade deals through the EU for decades.

According to Article 207 of the Treaty on the Functioning of the EU, the EU has the legal competence to run external trade policy towards the wider world. This provision has been in place since the original Treaty of Rome in 1957 (long before the UK joined).

The logic is straightforward – if there is a single market within the EU, then member states cannot set up individual deals outside the EU, as the two would be incompatible. Changing this rule was not part of the UK’s demands for a new settlement from the EU earlier this year. In fact, the UK has always supported the external commercial aspect of EU membership.

Currently, the EU operates bilateral deals with states across the globe. It has preferential trade agreements with South Korea, South Africa, Mexico, many countries around the Mediterranean, and a customs union with Turkey. A deal with Canada has been agreed, and negotiations with India, Japan, Australia and New Zealand are underway. Many Commonwealth countries in Africa, the Caribbean and the Pacific are also covered by EU deals.

The EU, which is negotiating and investment agreement with China, is also testing the idea of an FTA with Bejing despite tensions linked to the Market Economy Status.

In a move that goes against the current political climate in the EU vis-à-vis China, the EU’s top association of retailers is calling for a free trade agreement with China.

Foreign companies face an "increasingly hostile" environment in China, a European business lobby said on Tuesday (7 June), with fewer than half of its members saying they currently plan to expand operations in the world's second-largest economy.