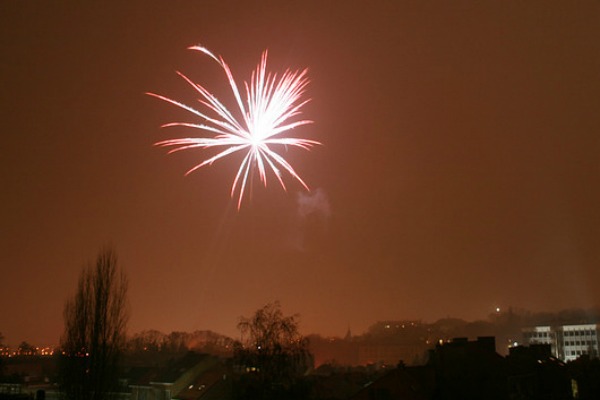 SPECIAL REPORT: An imminent Commission report on the use of ISDS in TTIP will re-ignite the explosive debate between negotiators and politicians who favour pushing ahead with an arbitration clause in the treaty, and a broad coalition of vocal opponents.

Having closed a public consultation on the issue over the summer, the report is expected to outline a way forward on the issue early in the new year.

The EU executive will also publish contributions to the consultation, where respondents agree for these to be made public, which are expected to be posted on its web site before Christmas.

MEP Marietje Schaake (the Netherlands; ALDE), a member of the European Parliament’s committee on international trade, said that following the many concerns regarding the current system of ISDS voiced over past months, “there is general agreement among all stakeholders, including civil society, legislators and the business community, that improvements are needed.”

“Hopefully the answers to the consultation will provide some form of answer to whether ISDS is needed in TTIP and if it is, what form it should have,” Schaake said.

Vital Moreira – a professor at Coimbra University’s law school in Portugal and a former Socialist MEP who until this year chaired the European Parliament’s trade committee and acted as its rapporteur on ISDS – told EURACTIV that significant opposition to ISDS in public opinion “must be reflected in the consultation”.

Drop ISDS, at least in name

However he does not expect the EU executive to withdraw the arbitration clause from the TTIP negotiations.

According to Moreira, the Commission is expected “to respond convincingly to a number of concerns about ISDS that deserve to be addressed”.

He believes these will build on existing adaptations already achieved within negotiations over the EU-Canada trade agreement (CETA), a blueprint for TTIP and the first EU-wide deal, including investor-state arbitration, which the European Parliament must also pass.

These changes included fine-tuning the normal wording of foreign investors’ protection in order to safeguard the host governments’ right to regulate and providing for a more transparent and consistent arbitration procedure.

However ISDS should go in name, if only for cosmetic reasons, Moriera said.

“I think that the very acronym ISDS should be dropped (because of its bad name), being replaced by a more neutral “arbitration clause”, in order to underscore that this is a brand new type of alternative dispute resolution,” said the professor.

The director of Brussels-based think tank the European Centre for International Political Economy (ECIPE) agreed that a CETA-style amendment of ISDS is in the pipeline.

“I expect the Commission to set out a policy pretty much along the same lines as the ISDS model used in the Canada-EU agreements. Agreements will be tightened up, and there will be more transparency,” Fredrik Erixon told EURACTIV in an interview.

Indeed Trade Commissioner Cecilia Malmström has herself indicated that the Canadian model of change will act as a blueprint for the Commission’s thinking.

“We have tried to reform ISDS in CETA. That is a decisive step forward in reforming the old system of arbitration which clearly did not work. We tried in the Canadian agreement to limit and list the cases in which companies would turn to arbitration,” Malmström told a recent policy forum in Brussels.

Malmström explained that the CETA amendments mean that the use of ordinary state courts – rather than arbitrations – should be the preferred option, and the amendment includes “an obligatory code of conduct when it comes to arbitrators”.

However she also held out the possibility that the report on ISDS in TTIP may go further.

“The Canadian way is a very good way forward, possibly we can go even further in making sure that [future arbitrations] are limited to genuine cases and there are no abuses,” Malmström said.

Marietje Schaake stressed that the Commission report will represent the beginning of a fresh debate on the issue, rather than a conclusion.

“This will not be the end of the process. The Commission must decide which course of action to take in consultation with the European Parliament and the Member States, who gave the Commission the mandate to take up an ISDS clause in TTIP in the first place,” Schaake said.

She lamented the fact that discussion on ISDS, however worthwhile, “has overshadowed other parts of the negotiations, such as procurement, energy, financial services, operating US domestic flights, shipping and maritime and air services which should also be discussed.”

“If the debate does not also focus on these topics, it will be harder for negotiators on the EU side to take a clear position which can address the needs and concerns of all stakeholders,” Schaake said.

“In general, we should not only focus on fears, but look constructively at what we may be able to gain,” according to Schaake.

It is clear that suggested reforms to ISDS – even if these go further than those incorporated within CETA – will not silence all critics, however.

“ISDS should be scrapped from CETA and not included in TTIP,” according to Cecile Toubeau, sustainable trade policy officer at T&E, an NGO which campaigns for sustainable transport policy.

“When it comes to ensuring secure investment, multinational corporations certainly have the means already to evaluate risk, seek awards in national courts, take out private insurance, and participate in public investment guarantees,” Tourbeau said, adding: “Governments should be safeguarding their ability to protect people and the environment – not giving away this power to please multinational corporations.”

“I expect the Commission to continue business as usual. They will probably say: ‘Thank you European people for your thought. Some of you complained that we were going too far; others said we were not going far enough; so we think that we are perfectly in the middle of the debate when we continue with our reform agenda for investor-state dispute settlement in TTIP.’,” Eberhardt said.

Instead she believed that the EU executive should “ditch” what she described as “the extreme investor privileges from TTIP”.

“Several experts have explained in the consultation that the Commission’s so called “reforms” won’t tame investor arbitration – because these very same reforms have failed to do so in the past. If investor state arbitration remains in TTIP, we can expect a wave of corporate lawsuits against the EU and its member states – and taxpayers and regulators will pay the price,” according to Eberhardt.

When the debate comes to Parliament, it will be against more clamour to scrap the ISDS, but there are MEPs who are equally vocal in pushing for it.

“There are two main problems with a free trade agreement with the US as far as some Europeans are concerned: the US and free trade,” said MEP Fredrick Federley (Sweden; Alliance of Liberals and Democrats for Europe).

“We have to try and stem this demonisation of business and trade in Europe because trade is where our strength comes from,” according to Federley. He too, however, acknowledged the need for reform.

7 responses to “Commission ISDS report: Fireworks for the new year”