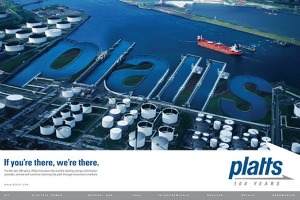 European authorities have raided offices of oil majors Shell, BP and Statoil in an investigation of suspected manipulation of oil prices, one of the biggest cross-border actions since the Libor rigging scandal.

Authorities have sharpened scrutiny of financial benchmarks around the world since slapping large fines on some of the world's biggest banks for rigging interest rate benchmarks.

The European Commission said on Tuesday (14 May) it was investigating major oil companies over suspected anti-competitive agreements related to submission of prices to leading oil pricing agency Platts, a unit of McGraw Hill Group .

"Officials carried out unannounced inspections at the premises of several companies active in and providing services to the crude oil, refined oil products and biofuels sectors," the Commission said. The inspections took place in two EU member states and one non-EU country, it said.

"The Commission has concerns that the companies may have colluded in reporting distorted prices to a price reporting agency to manipulate the published prices for a number of oil and biofuel products," it said.

The Commission also said companies may have prevented others from participating in the price assessment process, with a view to distorting published prices.

Statoil said the suspected violations were related to the Platts price assessment process and may have been ongoing since 2002.

The probe will shine a light on the methodology designed by Platts for daily assessments on the physical oil markets, used to close deals worth billions of dollars.

The so-called Platts window, or market-on-close (MOC) system, is a daily half-hour period in which it determines cash prices through a series of bids, offers and trades.

Critics say the system is only a snapshot of the market, because it excludes trade outside the window – one reason that it can be vulnerable to manipulation.

"I remember looking at these sorts of issues 10 years ago, and nothing has changed, it's sort of an accident waiting to happen," said Craig Pirrong, professor of Finance at the University of Houston, noting that after the Libor scandal, price assessment agencies were under "incredible scrutiny."

"Regulators and law enforcement officials are quite upset with this sort of alleged conduct and they have proven that they are willing to go after companies that misreport for very large sums of money," Pirrong said.

"Potentially the exposure is quite large."

The Commission said that even small distortions of assessed prices may have a huge impact on the prices of crude oil, refined oil products and biofuels purchases and sales, potentially harming final consumers.

It added the fact inspections had been carried out did not mean the companies were guilty of anti-competitive behaviour.

The Commission did not make clear whether it was investigating a specific incident. These investigations typically take years to draw final conclusions.

Platts, Royal Dutch Shell, BP and Statoil said they were cooperating with the probe.

French major Total said there had been no inspections at its offices. The Commission did not list the companies being investigated, and it was not clear whether other companies were included.

Statoil said authorities had inspected its office in Stavanger on the request of the European Commission on suspicions of anti-competitive behaviour.

The Norwegian state, the controlling shareholder of Statoil, said the probe was a matter for the company's management to handle and declined further comment.

Platts said the European Commission had "undertaken a review at its premises in London this morning in relation to the Platts price assessment process".

EU leaders will grapple with controversial issues including shale gas development and climate change mitigation at an energy summit on 22 May.

According to the draft guidelines for the summit conclusions, the EU heads of state intend to focus on boosting growth, productivity and employment to help overcome the effects of the economic crisis.

“High energy prices and costs hamper European competitiveness,” the document says. It invites discussion on how Europe could stay competitive globally and bring down energy prices at a time when Europe is facing massive investment shortfalls in energy infrastructure and generation capacity.