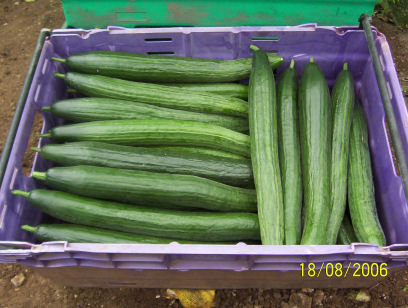 Scientists probing the deadly E. coli strain in Europe are finding the bacteria combines a highly poisonous but common toxin with a rarely seen "glue" that binds it to a patient's intestines.

It may take months for the global team of researchers to fully understand the characteristics of the bacteria that has killed at least 17 people in Europe and caused 1,500 to fall ill. But they fear this E. coli strain is the most toxic yet to hit a human population.

This class has the ability to stick to intestinal walls where it pumps out toxins, causing diarrhoea and vomiting. In severe cases, it causes hemolytic uremic syndrome, or HUS, attacking the kidneys and causing comas, seizures and strokes.

"Germany is now reporting 470 cases of HUS. That is absolutely extraordinary," Dr. Robert Tauxe, a food-borne diseases expert at the US Centre for Disease Control and Prevention (CDC), told Reuters. The CDC has been working with the German health authorities on the case since late last week.

"That is 10 times more than the largest outbreak in this country," he said, referring to a 1993 outbreak in the US involving fast-food hamburgers that sickened more than 700 people and killed four. In that outbreak, there were 44 cases of HUS.

He said a strain very similar to the German strain had been seen in Korea in the 1990s, but it was very rare.

Remarkably, the German strain appears to combine the toxin found in the most common type of STEC bacteria in the United States, known as E. coli O157:H7, with an unusual binding agent. Tauxe said that "glue" was typically only found in children in the developing world.

"The glue that this bug is using is not the same glue that is E. coli 0157 or most other STEC bacteria," he said. "It's this combination of the glue from another kind of E. coli and the shiga toxin that makes this an unusual strain," he said.

The source of the outbreak is unknown, but scientists say it is highly likely to have originated in contaminated vegetables or salad from Germany.

With around 1,500 people in Germany already having fallen ill in one of the worst recorded outbreaks of E.coli in history, Russia banned yesterday (2 June) imports of fresh vegetables from Europe and accused Brussels of sowing chaos by failing to provide enough information about the outbreak.

Russia's ban prompted cries of protest from the Polish and Dutch governments and a rebuke from the European Commission.

Moscow had already banned imports of vegetables from Germany and Spain due to the infections, which German officials originally blamed on contaminated cucumbers imported from Spain before backtracking and apologising to Madrid.

In Germany, some consumers were worried the disease could even be spread by human contact. A high-profile church event in the city of Dresden, attended by 120,000 people, was not serving raw vegetables at all yesterday, according to TV station ZDF.

In Moscow, shops prepared to dump EU vegetables and consumers expressed a mixture of scorn and pride at the ban. But some disagreed strongly, saying the threat was exaggerated.

"I am not afraid of buying vegetables from any country here," said pensioner Vyacheslav Yegorov, carrying a shopping basket filled with grapes and fresh vegetables. "This thing will blow over and be forgotten tomorrow."

Spain is threatening legal action over the crisis. It wants compensation for its farmers, who say lost sales are costing them €200 million a week and could put 70,000 people out of work.

Spanish Prime Minister José Luis Rodríguez Zapatero accused the European Commission of being slow to act and said Germany "should know that it has an overall responsibility to other states in the European Union".

Poland, which along with France and Germany is one of Europe's biggest exporters of fruit and vegetables to Russia, said Moscow's move was "excessive compared to the danger," while the Netherlands, famous for its mass production of salad crops such as lettuce and tomatoes, described it as a major blow.

"After the collapse of the German consumer market, sales to Russia are now also impossible," said the Dutch junior minister for economic affairs, agriculture and innovation, Henk Bleker.

EU countries exported €594 million worth of vegetables to Russia last year while EU imports of vegetables from Russia were just €29 million, EU data show. It was not clear what proportion of that was raw.

E.coli bacteria are common and normally harmless, but a few strains can cause severe illness. In many of the reported cases, the Shiga Toxin-Producing Escherichia coli (STEC) gastrointestinal infection has led to Hemolytic-uremic Syndrome (HUS), which usually occurs when digestive system infection produces toxic substances which destroy red blood cells and can cause kidney failure.

Severe cases can cause failure of the nervous system.

The Sweden-based European Centre for Disease Prevention and Control has called the latest outbreak "one of the largest described of HUS worldwide and the largest ever reported in Germany". The sickness is not directly contagious but it can be transferred between people if an infected person prepares food for others.

It is the second food scare for German consumers this year. In January highly toxic dioxin was found in egg, poultry and pork products.