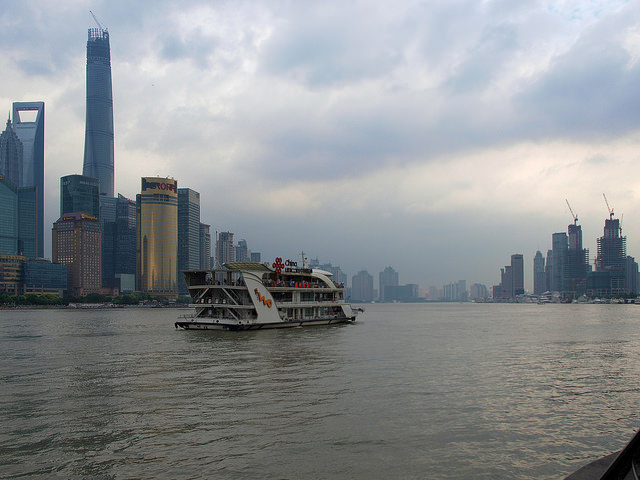 The main European business lobby in China warned on Tuesday (8 September) that “slow” implementation of market reforms risks plunging the country into stagnation, as concerns mount about slowing growth in the world’s second-largest economy.

Communist authorities have promised to give market forces the “decisive role” in the economy, but the European Union Chamber of Commerce said the pledges were not being fulfilled and unequal restrictions on investment remain.

China has vowed to rebalance its economy by shifting towards hi-tech industries and services and away from unproductive big-ticket investment, but worries about slowing growth have sent global markets into turmoil.

China on Monday lowered its official gross domestic product (GDP) growth figure for last year to 7.3 percent from 7.4 percent, which was already the lowest in a quarter of a century.

Implementing change has taken on an “urgency with the economy slowing down”, European Chamber president Joerg Wuttke told AFP.

“The leadership has analysed it well,” he said, adding: “It is sometimes disappointing to see how little this derives into real time action”.

In its annual report the Chamber said China’s “markedly slow progress” in opening up more of its economy to private companies was “very unsettling for business”.

It cited examples of restrictions on European firms operating in the country from finance and insurance to rail and automotive equipment, such as having to form joint ventures with Chinese partners.

The chamber called on China to drop complex “foreign investment catalogues” which control overseas involvement in its economy, in favour of a streamlined “negative list” of prohibited sectors.

“The biggest stumbling block is local protectionism, state-owned enterprises and nepotism,” Wuttke said, pointing out restrictions on European banks opening branches in China, while Chinese institutions have been able to do so comparatively easily in Europe.

The comments come after a huge stock market intervention cost hundreds of billions of dollars but failed to reverse plunging share prices, raising questions over the ruling party’s economic management.

Authorities should use the rout as a catalyst for reform, rather than “panic” over the falls, Wuttke said.

“They threw money deliberately at everyone untransparently,” he told AFP.

“It would be terrible if they would waste a crisis. The stagnation of Japan should be a warning of where China could end up.”

In its report the Chamber said that some progess had been made in areas such as streamlining government administration.

But it added that a raft of laws recently introduced on grounds of national security were “vague” and will act as a crimp on foreign firms.

State-owned enterprises (SOEs) still dominate China’s business landscape, but are widely seen as inefficient, and the Chamber warned there were concerns that “meaningful SOE reform will not be forthcoming any time soon”.

It highlighted recent mergers between such firms, such as the combining of two of China’s largest railway firms to create a $130-billion behemoth to bid for contracts abroad.

Wuttke criticised the new firm as a “railway company monster”.

Officials declined to say how much Chinese contributions would amount to, but said China would invest in “all areas” of the economy and specifically named infrastructure, internet technologies and agriculture.

That investment programme would be separate from the European Commission's Juncker plan, which aims to attract €315 billion in investment funds to Europe. China has expressed interest to invest up to €10 billion in the Juncker plan, but a final decision is being held up by the complex mechanics of a deal to give Chinese technology companies a greater role in Europe.

Chinese officials have previously drawn comparisons between the Juncker plan and Chinas's 'One Belt, One Road' trade strategy.

>> Read: China to Europe: ‘We can build a Silk Road in cyberspace’