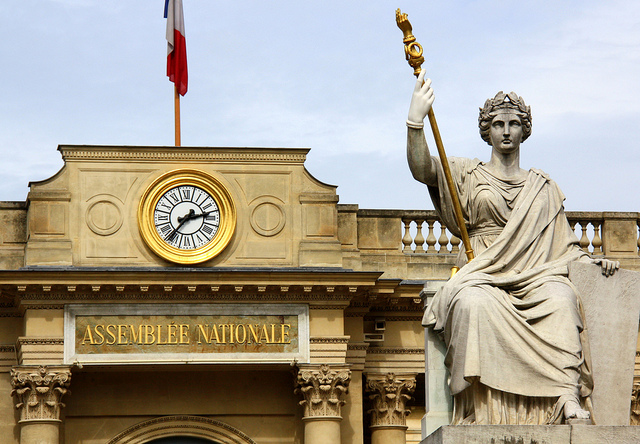 French parliamentarians have renewed their attack against the European Commission’s competition policy, asking EU antitrust officials to take an internship “in companies that have been devastated by their decisions”. EURACTIV France reports.

“Numerous aspects need to be improved in EU competition policy,” said French MP Isabelle Bruneau, the author of the report.

“The Commission does not sufficiently take account of globalisation when applying competition law,” she claimed.

The report marks another chapter in France’s long struggle with Brussels’ over EU competition policy, and gives two examples to illustrate its point.

In 2013, the Irish low-cost airline Ryanair was accused of social dumping in France. Personnel working for Ryanair in the Marseille-Marignane airport were registered in Ireland, because social security contributions there are much lower than in France. “Despite this, Ryanair received grants of up to €800 million in 2012. These were not notified to the Commission and heavily penalised other airlines,” said the MP.

Another example is the failed three-way aluminium industry merger between Pechiney, Alcan and Algroup in 2000. If it had gone through, the merger would have given birth to a giant European player in global aluminium trade. “The project was hindered by the European Commission,” said Isabelle Bruneau. “The result was that Pechiney was bought by Alcan and has since fallen off the radar. We lost 20% of aluminium production in France and 23% of jobs in the sector.”

“There are strategic national and European interests subjected to extreme legal measures which lead to heavy economic and social losses,” Bruneau continued, calling on the Commission to be aware of social, fiscal and environment dumping in its decision-making, because they “lead to unfair competition that damages more than state aid benefits”.

The report also stressed that the Commission should “take into account tax distortions,” such as indirect state aid.

In order to condemn the social and economic impacts of current competition policy, the report wants to force the Commission to publish the costs of their decisions, which includes costs related to job losses and economic policies.

It also proposes an advisory committee for European commissioners. “There must be a more political approach to competition,” said Bruneau.

This idea was proposed in a 2012 report, which called for external groups of economic and industrial experts to advise decision-makers in Brussels.

Both ideas are attempts to shake up the Commission’s competition directorate. “I challenge the European Commission to make its officials carry out long term internships in companies devastated by their decisions,” the report said.

In line with French demands

Calls to amend European competition policy are nothing new in France. The French Minister of Economy, Arnaud Montebourg, made it one of his priorities.

>> Read: ‘War is declared’ between Montebourg and Almunia

“Those who call for reforms in state aid so that the European Union can adapt to globalisation are numerous, but we get nothing!” said Montebourg in January.

The firebrand French industry minister has been embroiled in an endless tug-of-war with EU’s Competition Commissioner Joaquín Almunia, and has blamed EU policies for preventing the emergence of new “European champions” in several industrial sectors.

France often criticises the EU's competition policies, which it blames for preventing the emergence of big European players.

Recently, France accused the EU of failing to deal with global competition that affects European industry, while economic powerhouses like China and the US resort to state aid to increase the competitiveness of their companies.