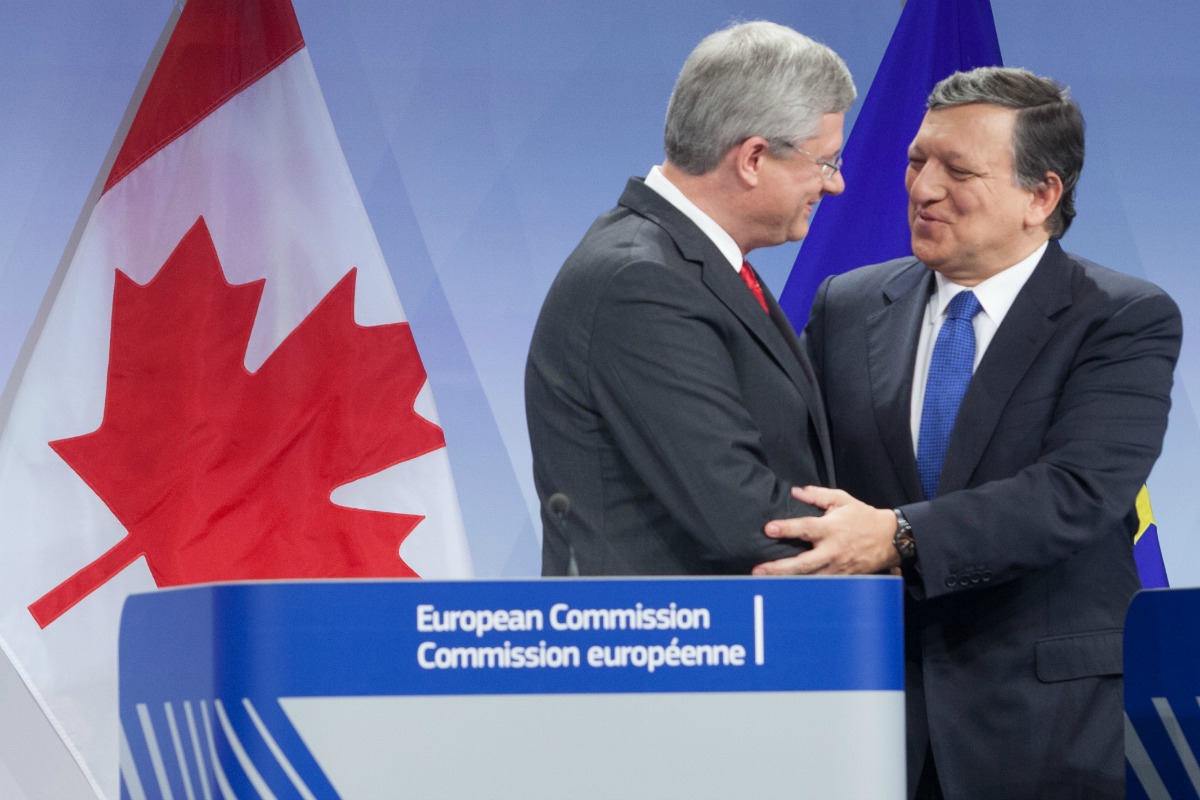 Canada and the European Union have finalised the text of a proposed free trade agreement after months of wrangling, in a deal which is expected to serve as a blueprint for a similar agreement with the United States.

The two sides initialised a deal in principle last October, but the talks then ran into trouble over issues ranging from financial services and investor protections to how beef and cheese quotas are shared out.

“Today, Canada and the European Union are pleased to announce that officials have reached a complete text, allowing translation and final legal review to commence,” said a statement from the Canada Trade Ministry.

The deal would make Canada the world’s only major economy with preferential access to the world’s two largest economies, the EU and the United States.

“Out of more than 9,000 EU tariff lines, approximately 98% will be duty-free for Canadian goods when the Canada-EU trade pact comes into force,” the ministry said.

For Europe, the accord is meant to be a template for its trade negotiations with the United States, which would encompass a third of world trade and almost half the global economy.

A Canadian government official, briefing reporters on condition of anonymity, said the final outstanding issues were technical in nature and did not require leaders to go back to the negotiating table.

Germany said last week it has not yet decided whether to agree to the draft because it objected to clauses outlining the legal protection offered to firms investing in the 28-member bloc. Critics said they could allow investors to stop or reverse laws, particularly those relating to the protection of the environment.

But the provisions for resolving investor-state disputes were settled several months ago, the Canada official claimed.

Issues around financial services, such as ensuring governments have flexibility to take steps when a bank is in trouble, were among the last to be settled.

The draft text of the treaty will now undergo a legal review and translation, before it is sent to Canada’s 10 provinces and the EU’s 28 member states for their comments and final ratification. That process looks to wrap up around mid-2016, the Canadian official said.

Canadian International Trade Minister Ed Fast and Prime Minister Stephen Harper will lead a trade mission early next month to the United Kingdom, the Trade Ministry added in a statement.

Canada and the European Union are also making preparations for a summit next month in Canada, it said.