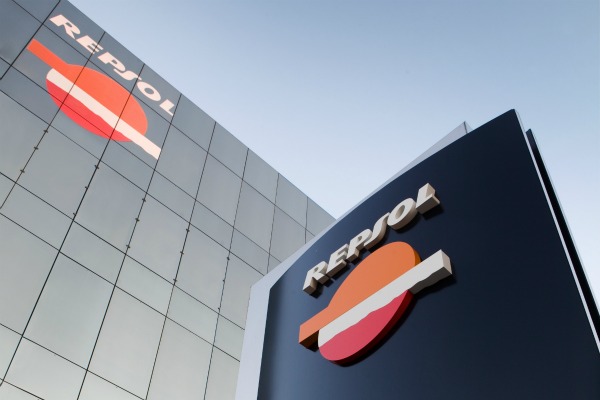 YPF has been under intense pressure from Kirchner's center-left government to boost production, and its share price has plunged due to months of speculation about a state takeover.

Kirchner said the government would ask Congress, which she controls, to approve a bill to expropriate a controlling 51% stake in the company by seizing shares held exclusively by Repsol, saying energy was a "vital resource".

"If this policy continues – draining fields dry, no exploration and practically no investment – the country will end up having no viable future, not because of a lack of resources but because of business policies," she said.

YPF's market value is $10.6 billion (€8 billion) , although an Argentine tribunal will be responsible for valuing the company as part of the takeover. Central bank reserves or state pension funds could be used for compensation, analysts say.

Until recently, YPF had a harmonious relationship with Kirchner, whose increasingly interventionist and off-beat policies infuriate critics (see background). She praised YPF when it found massive resources of shale oil and natural gas in late 2010.

However, a surging fuel import bill has pushed a widening energy shortfall to the top of her agenda at a time of worsening state finances in Latin America's No. 3 economy.

Her announcement of the YPF takeover plan, however, drew strongly worded warnings from Spain and the European Union, a key market for Argentina's soymeal exports which recently criticised Argentine import curbs.

Spain vowed "clear and strong" measures over what it called a hostile decision, while the EU executive warned that an expropriation would send a very negative signal to investors.

Speaking to the press on 13 April, Commission spokesperson Olivier Bailly said the the EU executive sided with Spain in the dispute. A Commission team will visit Argentina on 19-20 April to discuss the issue with the country's authorities.

Spanish Prime Minister Mariano Rajoy begins today (17 April) a visit to Mexico and Colombia, where he is expected to seek allies to stop the expropriation of Repsol, EURACTIV Spain reported.

But Kirchner dismissed the risk of reprisals.

"This president isn't going to respond to any threats … because I represent the Argentine people. I'm the head of state, not a thug," she said.

Under the terms of the bill, the government would hold 51% of the expropriated shares and the rest would be held by the country's energy-producing provinces.

All of the shares targeted by the government belong to Repsol, which owns 57% of YPF. Repsol's Argentine partner, the Eskenazi family's Grupo Petersen, will not be affected. Petersen owns a 25.5% stake in YPF.

Kirchner said she had also passed a decree giving the government immediate administrative control of the company.

Analysts said seizing control of YPF might make it even harder for the country to get fresh financing.

Energy analysts say the government's heavy-handed approach is unlikely to resolve Argentina's energy time-bomb despite the discovery of the huge shale oil and gas resources.

"In the short term, I don't think this will solve anything. It doesn't mean that YPF's going to start producing more starting tomorrow," Argentine analyst Eduardo Fernandez said.

Cristina Fernández de Kirchner, who still wears the black of mourning 18 months after the death of her husband and predecessor as president, Nestor Kirchner, stunned investors in 2008 when she nationalised private pension funds at the height of the global financial crisis.

She has also renationalised the country's flagship airline, Aerolíneas Argentinas.

Such measures are popular with ordinary Argentines, many of whom blame free-market policies such as the privatisations of the 1990s for the devastating economic crisis and subsequent debt default of 2001-02.

Kirchner's row with YPF comes as her administration heaps pressure on Britain over oil exploration off the disputed Falkland Islands, over which Argentina claims sovereignty.