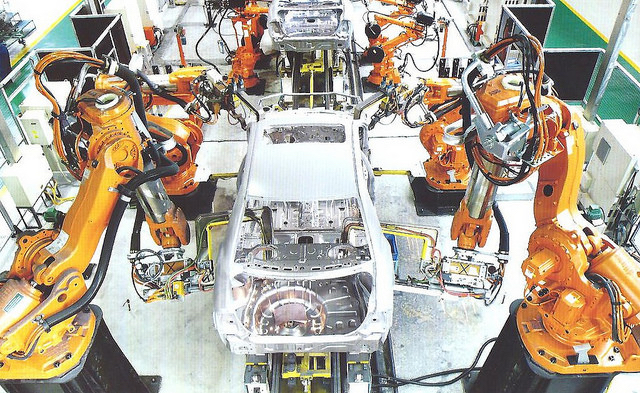 Trade ministers will air their differences today (2 February) on the tricky issue of granting China market economy status starting in December, which Beijing considers to be ‘automatic’, following its admission to the World Trade Organisation (WTO).

Prompted by a 2016 deadline, the EU has to issue a verdict on whether Beijing has transitioned to a market economy in the 15 years since it joined the trade body.

Last month, the European Commission indicated that no final decision should be expected before the summer, after a proper impact assessment is carried on. A cross-party number of MEPs in January have also spelled out their red lines, saying that an ‘automatic’ switch is premature.

Member states seem divided, with Britain, the Nordic countries and the Netherlands supporting China’s pleas, while nations such as Italy, which compete with China, and France, are strongly opposed.

Germany’s position could sway the decision, but it would need the support of all governments and not just a qualified majority, sources say.

European business has voiced its concerns about the impact that granting China MES would have on EU’s anti-dumping procedures and industrial competitiveness.

One of the primary opponents of MES have been Europe’s heavy industries, such as steel, textile and solar panel producers, who say unfairly priced Chinese goods, forcing them to cut jobs.

The Chinese economy is facing slowing growth, and is in a situation of overcapacity in most of its industrial sectors, said Markus Beyrer, director general of BusinessEurope, during a briefing with journalists.

“We do not feel that China is dealing with the overcapacity problem,” he added.

A study by the Economic Policy Institute (EPI) shows that the increased imports arising from granting MES to China would reduce EU output by up to €228 billion per year, or a two percent reduction in EU GDP, that translates between 1.7 and 3.5 million potential jobs lost among import-competing industries, their suppliers, and the companies that depend on the wages of displaced workers.

Steel industry federation Eurofer believes that granting China market economy status would threaten nearly all the 330,000 jobs in Europe’s steel sector despite any safeguards the EU might impose.

As of November 2015, 53 out of the 87 anti-dumping cases and 5 of the 22 anti-subsidy measures in place concerned China. The largest number of EU trade defense cases concern iron and steel. European chemicals and increasingly energy industries (solar panels, biofuels) are the other sectors using the instruments.

BusinessEurope called on the European Commission to find a solution that would be both in line with the WTO rules but also that takes into account the situation in a given sector or company.

“The EU has to be united but also the EU has to coordinate with other WTO members such as the United States in order to avoid trade diversion of Chinese exports as a consequence of differing views among trading partners,” argued Beyrer.

Indeed, if the EU were to consider China a market economy, and other WTO members say no, the result would be an increase in imports from China. This would put EU companies under additional pressure vis-à-vis their competitors in the other parts of the world — specifically, the United States and Japan.

Such a move would have a clear impact also on the Transatlantic Trade and Investment Partnership (TTIP).

The EU, though, is under increasing pressure, as it fears a possible deterioration of EU-China relations.

“Now that the European Union and China are negotiating a bilateral investment treaty involving potential liberalisation of China’s investment rules, the EU’s continued refusal to recognise that China is run by market economy standards is a policy that is increasingly difficult to sustain,” said trade expert Iana Dreyer.

MEPs are concerned that the Commission’s position is dictated by fear of retaliation, especially of Beijing’s participation in the €300 billion Juncker investment plan to boost EU growth and jobs.

“We need to find a middle-ground at the end of the day,” said Beyrer, noting the MES can be granted, but not without conditions to defend European industry.

S&D spokesperson on trade relations with China, Alessia Mosca MEP, said: "China is a very important trade partner and we want to have even stronger links. However, we must ensure a level playing field. We are asking the Commission for a detailed impact assessment following the better regulation guidelines on the impact assessments released by the European Commission.

"Particular attention should be paid to the effects of different policy options on EU manufacturing jobs, users, investments and EU competitiveness.

"The Commission needs to learn from the recent past and better involve the European Parliament in any decision which will be taken on the issue, while the Council should unblock the reform of the Trade Defence Instruments so the EU can respond properly to goods dumped on our market from China and other countries."