EU, US conclude TTIP round upbeat 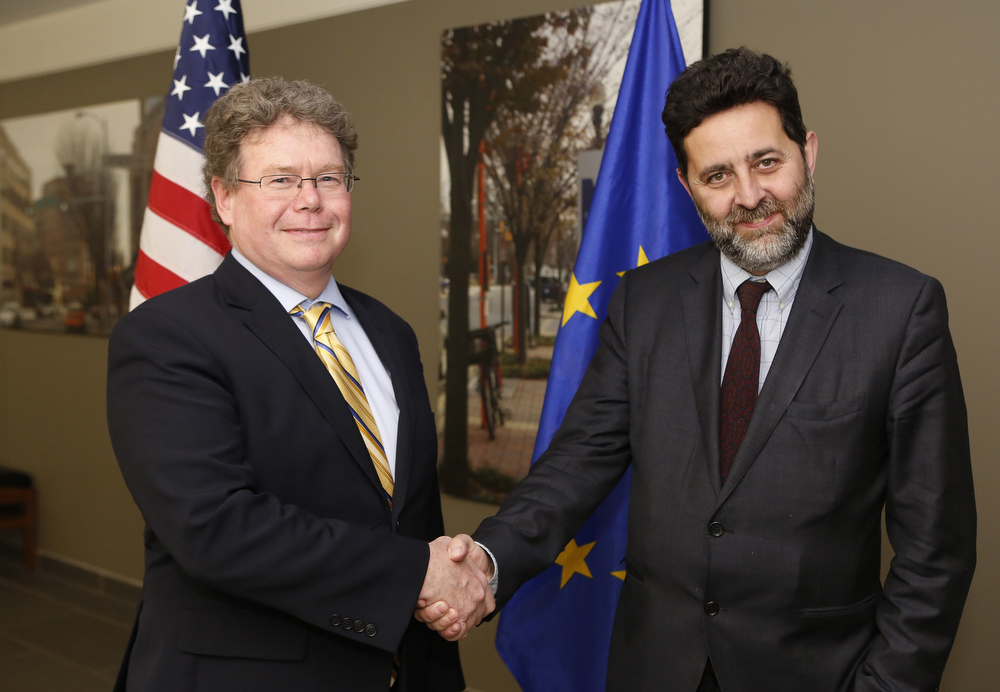 Transatlantic partners said they made ‘substantial progress’ towards a trade and investment agreement at a new round of talks this week in Miami.

European Union’s Ignacio Garcia-Bercero told reporters on Friday (23 October) that there was “strong political will” on both sides of the Atlantic to reaching a deal on TTIP relatively quickly, more than two years after negotiations opened.

The completion of talks on the Transpacific Partnership Agreement earlier this month has now left free-hand to US negotiators to concentrate on TTIP and work towards completion before the end of the Obama administration.

>>Read: TTIP negotiators meet for 11th round of talks

EU, US negotiators said in Miami that they also narrowed some differences on how to remove red tape and enhance regulatory cooperation, a sensitive issue amid worries especially in Europe that consumer protections will be watered down in any deal.

After the talks, negotiators said they reconciled positions on 97% of tariff lines on traded goods, leaving the remaining 3% for the later.

Garcia Bercero said negotiations on the most sensitive tariffs will not be agreed until the “endgame” of the talks.

“When that time would be would be a little bit early to say at this point,” Garcia-Bercero said, basically avoiding to comment on which sectors are included in the 3% list.

“Given the ‘peak tariff’ profile of both countries it is reasonable to assume that these are concentrated in the agricultural sector and some sensitive industrial sectors, such as possibly automotive. The EU has higher average tariffs than the US and would need to do most of the heavy lifting,” noted Iana Dreyer in her analysis of the talks on Borderlex.
US negotiator Dan Mullaney said tariffs in the US and EU “are already low by global standards, but they are still making exports more expensive than they need to be.”

On regulatory cooperation, Garcia Bercero said during the closing press conference that the EU, US partners were “closer to determining key objectives in each sector”.

The EU official added that there was “very good engagement between regulators on both sides” in pharmaceuticals. Both sides are aiming for mutual recognition of each other’s inspection regimes for good manufacturing practices, he explained.

The EU appears to have broken a promise to reinforce environmental protections in a leaked draft negotiating text submitted, the Guardian reports.

In January, the bloc promised to safeguard green laws, defend international standards and protect the EU’s right to set high levels of environmental protection, in a haggle with the US over terms for a free trade deal.

But a confidential text seen by the Guardian and filed in the sustainable development chapter of negotiations earlier this week contains only vaguely phrased and non-binding commitments to environmental safeguards.

Greenpeace said on Friday that negotiations were going in the direction of a “systematic dismantling” of environmental standards “that stand in the way of corporate interests.”
“Once again, little has transpired about the real outcome of this latest round of trade talks,” Greenpeace trade expert Juergen Knirsch said in a statement.
“What we know is that both sides are dead set on increasing the privileges of big business. But corporations must also have obligations, not only rights. These obligations protect our environment, our health, and our labour rights. Stripping them away would take Europe back 100 years,” he said.

The next round is scheduled for February 2016, when both sides aim to table offers on public procurement.

Brussels and Washington are aiming to complete negotiations by 2016.

0 responses to “EU, US conclude TTIP round upbeat”